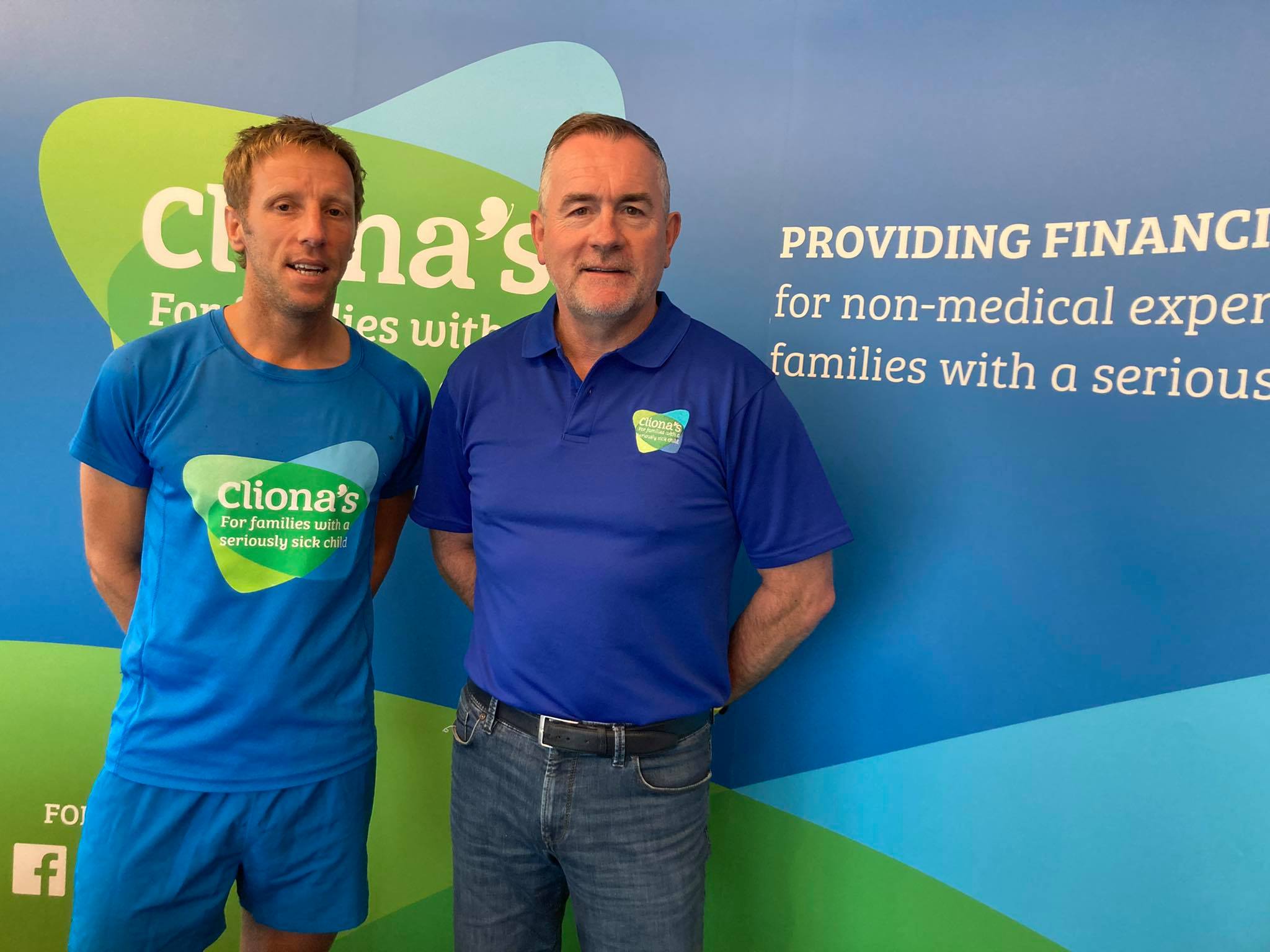 John McNamara presents Cliona’s Foundation with a cheque for €5,000 following his participation in the Marathon Des Sables.

Performance coach John McNamara has presented Cliona’s Foundation with a cheque for €5,000 following his participation in the Marathon Des Sables in the Sahara Desert.

Only half of the six-day marathon’s participants completed the challenge, and Limerick man John was among them.

While being presented with the sizeable donation, Cliona’s Foundation commented, “Thank you, John, and thank you to all who supported him on his adventure and donated. You are making a real difference to families who are on a tough road with sick children.”

John has been training for the marathon for over 2 years as it has been cancelled three times due to Covid-19.

After many deferrals since April 2020, Limerick man John McNamara finally gets to participate in the Marathon Des Sables on Friday, October 1, which is ranked by the Discovery Channel as the ‘toughest footrace on earth.’

John, who is a performance and executive coach, will be taking on five and a half marathons (260km) in six days across the Sahara Desert. The rules require him to be self-sufficient, meaning he has to carry a backpack containing equipment and food. He will be given water and a place in a tent to sleep in at night but must carry everything else himself.

“Cliona’s is a charity I’ve done a few things for over the years, and I have huge respect for the work that they do,” he said.

John has been preparing and training for the event for over 2 years and had already raised €2,000 for Cliona’s when it had been cancelled with only weeks to go last March, and then again in September 2020 and April 2021.

This has been a massive commitment for John over the past 25 months, with his life revolving around a stringent training plan, which would be difficult under normal circumstances, but with Covid restrictions was made even more challenging.

“What I found the most difficult part to be was after each cancellation, getting started again, because the blocks are hard. The training is tough, and it takes a lot out of you mentally and physically. Once you get into it, you get some momentum, and you just get with it, but I found the first two or three weeks every time after a cancellation to be hard, just thinking, “Oh my god, I have to start all of this all over again”,” John said.

John explained that participants are given sheets detailing exactly what they’re to do each day, such as how far they’ll run, when they’ll have physio, etc.

He added that he and Cliona’s will share a link on their social medias and his race number so people can track his progress for the duration of the marathon.

What an amazing challenge @marathonDsables being undertaken by @jmcnamaracoach on 1st October – 260km across 6 days in the Sahara Desert with everything he needs on his back and a spot in a tent at night.
Check out Video in the link below https://t.co/elOfeiQYRZ

Cliona’s Foundation said that they are, “privileged and honoured to be with him on his gruelling and challenging adventure.”

They are asking for people to recognise his efforts and lend your support to help them provide support to families of seriously sick children my making a donation to their GoFundMe, which is linked below.

Cliona’s Foundation is the only charity that provides nationwide direct financial assistance to families to help with the multiple non-medical costs of caring for their seriously sick child.

These costs include but are not limited to accommodation, food, transport, having to take time out of work, pay childminders to look after their other children and also have to purchase specialized equipment.

Cliona’s has supported more then 900 families over the past 14 years, receives no state support and relies on the generosity of the public and business community.

Related Topics:clionas foundationJohn McNamara
Up Next