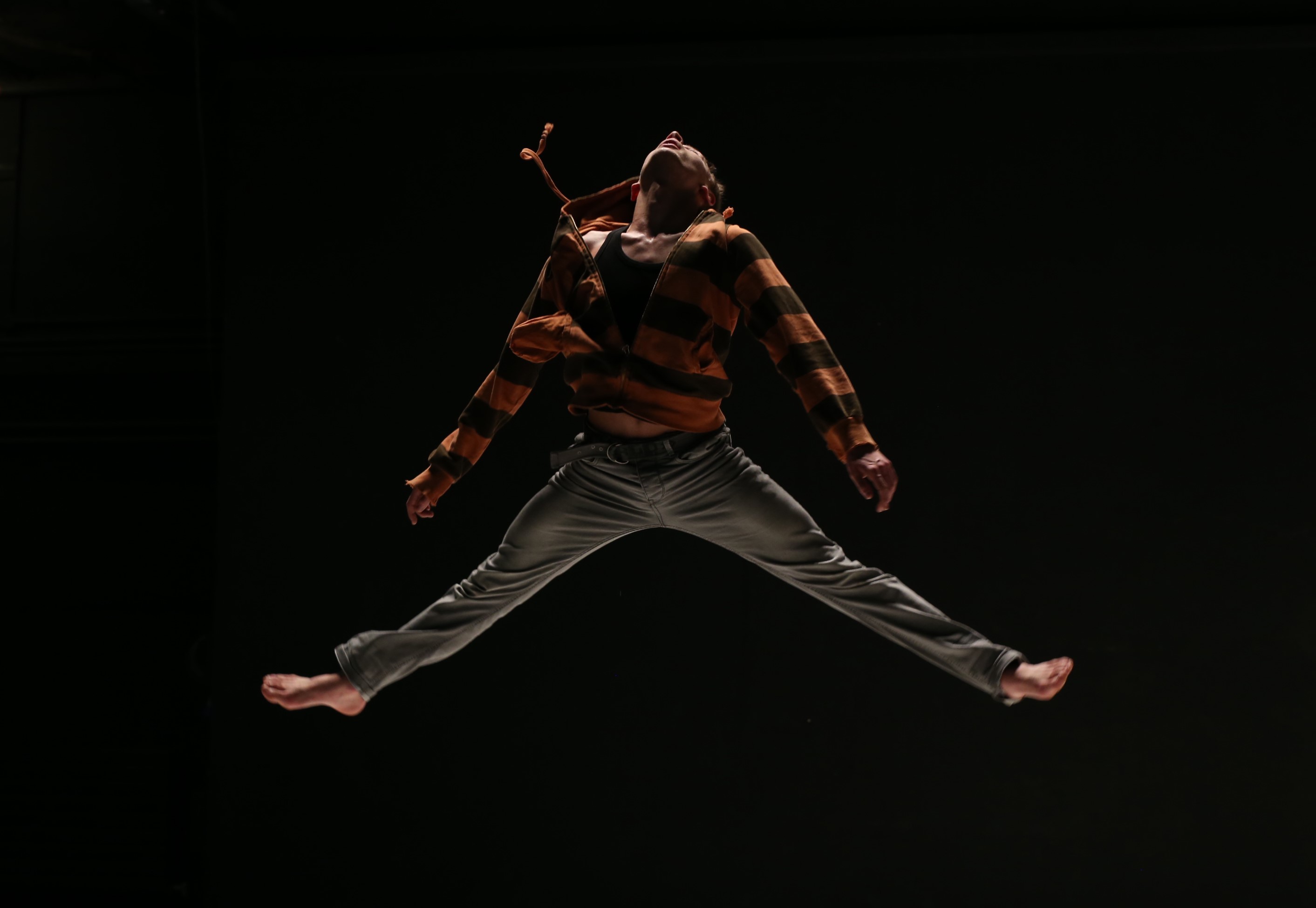 John Scotts Irish Modern Dance Theatre presents an evening of dance at Dance Limerick Space (St John’s Church) on Wednesday 21 January at 8pm for an exciting evening of dance and music. Renowned choreographer John Scott brings his company Irish Modern Dance Theatre back to Dance Limerick. Three works will be performed: The Big Message, Wandering – a new work, created for the Dance Limerick Space – and audience favourite Actions.  Tickets €12.00/€10.00 are available from www.dancelimerick.ie or on the door.

The Big Message is a frantic and funny solo work, performed by the extraordinary French dancer Kevin Coquelard, which responds to the question “What would I do or dream if I were hit by a meteorite?”

Wandering (working title), is an exciting work-in-progress exploring the notion of the outsider, choreographed and performed by John Scott.  Unusually, Wandering features operatic arias by composers such as Wagner and Beethoven.  As John Scott is also an accomplished tenor, Wandering creates a unique opportunity for the audience to experience Scott the singer and Scott the choreographer/dancer in a dance work for the first time. Wandering has been specially created for the atmospheric Dance Limerick Space.

The evening concludes with the crowd favourite Actions, a sweeping and vigorous performance by the spectacular duet of Ryan O’Neill (Pony Dance) and Kevin Coquelard.

Additional Info:
John Scott, a choreographer and singer, has studied and performed with Meredith Monk, Sara Rudner, Yoshiko Chuma and Anna Sokolow, among others.  Scott’s choreography is playful, virtuosic and passionate and has been described as “Beckett meets Monty Python”.  He plays with different performance settings, from theatres to museums to a restaurant, working with performers of different styles, ages and backgrounds.

Irish Modern Dance Theatre is a physically and culturally diverse ensemble, ranging from virtuosic Cunningham dancers to survivors of torture in Africa.  Based in Dublin, Irish Modern Dance Theatre tour Ireland “pioneering dance as an art form in a country better known for literature and text based drama”.  The company has also toured extensively internationally throughout Europe, to the US and Mexico.

Dance Limerick is a resource organisation for professional dance in Limerick and beyond.  Through performances, talks, classes, workshops, projects and residencies, Dance Limerick provides opportunities for dance to be created, experienced and discussed in many ways, by all ages.  For further details, see www.dancelimerick.ie