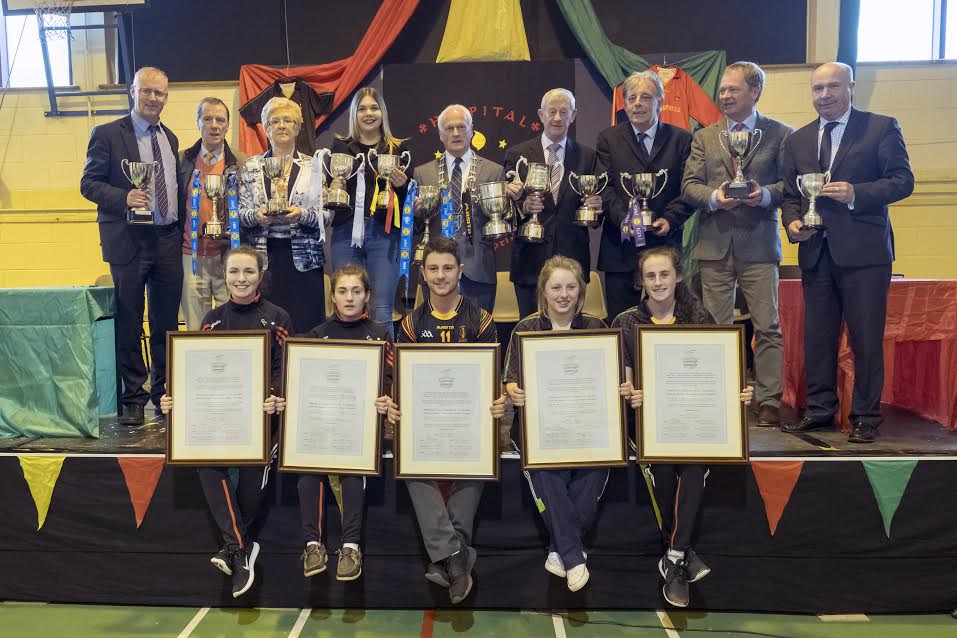 Students from John the Baptist School in Hospital, Co. Limerick have been honoured at a special ceremony today (18th May 2017) acknowledging their remarkable sporting achievements over the past school year.

The school in Hospital now lays claim to being the home of one world champion and five All-Ireland team champions. Students have been given a Municipal Reception by Limerick City and County Council in recognition of their achievements. Commemorative scrolls were presented at a special ceremony in the school by Cathaoirleach of the Cappamore-Kilmallock Municipal District Cllr Eddie Ryan along with the other councillors.

“Competing in sport takes a lot of dedication, hard work and commitment.  It is thanks to these three ingredients and the wonderful talent you possess that you have reached the highest goals.  Becoming a world champion or All-Ireland winner are significant achievements in anyone’s life, and even more so as you’ve done it at such a young age.”

“You deserve your awards today and may the discipline and experience you have garnered this past year, hold you in good stead as you continue to grow into adulthood.”

The two All-Ireland winning camogie teams were managed by Helen Clifford and Sean Ryan. Following on from the ceremony the new Astroturf pitches located on the grounds of John the Baptist School were officially opened. They will be used by teams and clubs for the village and surrounding areas.

For more information about John the Baptist school click here

To read more about education in Limerick click here