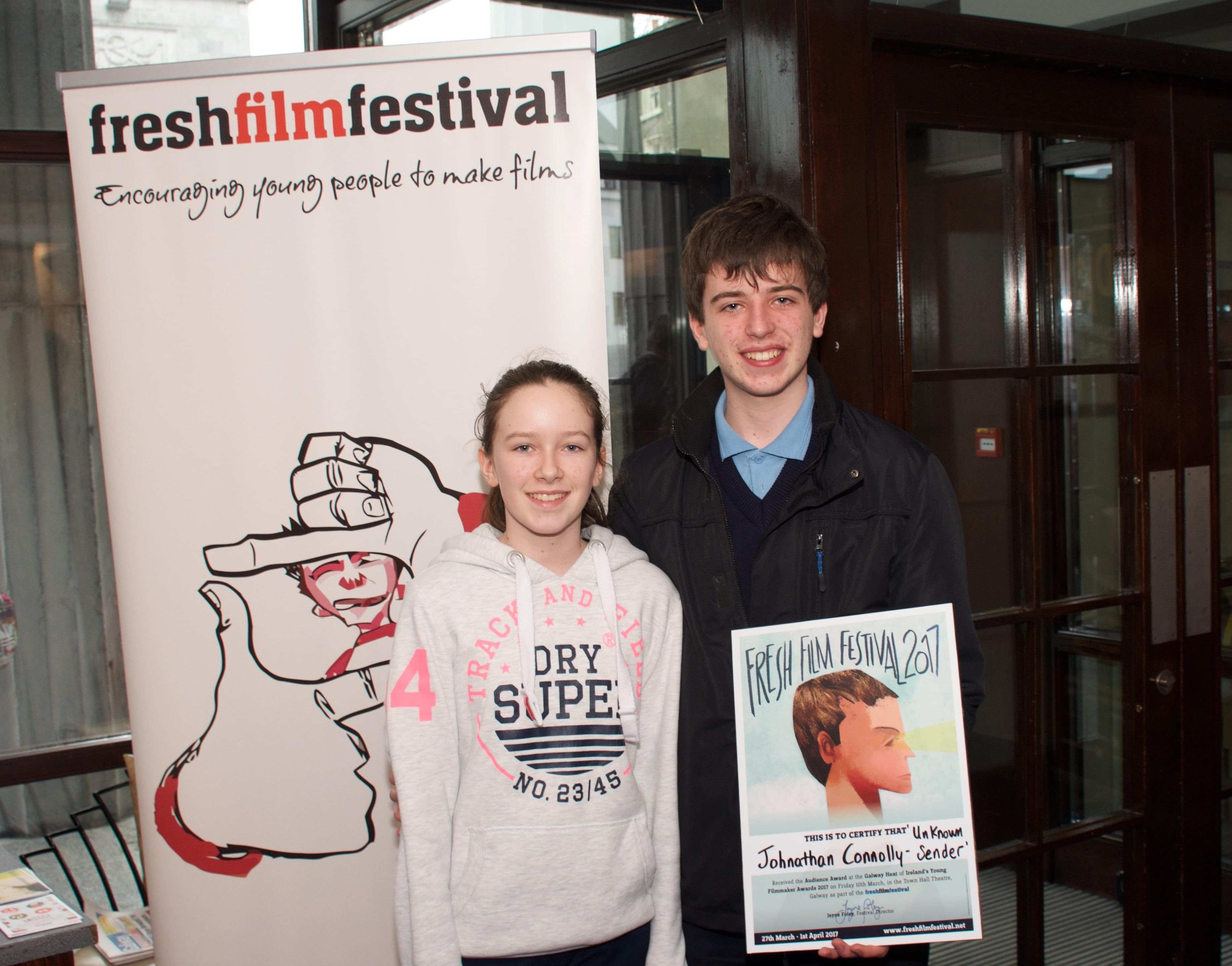 In 2016, Galway-born filmmaker Johnathan Connolly submitted a short film called ‘Stranger Danger’ to Limerick’s own Fresh Film Festival. The film dealt with the dangers of our world’s social media presence. The film went on to win the Galway audience award and a Highly Commended award for Connolly’s direction. However, its success didn’t stop there.

Uploaded to both Connolly’s own YouTube channel and Fresh Film Festival’s channel, the short hit the internet at just the right time. Capitalising on the recent push for increased safety on the internet, ‘Stranger Danger’ has amassed over 1.7 million views on YouTube alone. The similarly themed ‘Unknown Sender’, which deals with a young girl being stalked by someone online, brought even more success for Johnathan Connolly, winning the young filmmaker the Galway audience award for the second year in a row.

The Fresh Film Festival, which has been running for over 20 years, with hundreds of submissions every year, only accepts entrants under the age of 18. Fresh Film Festival accepts short films on any topic, style or genre and runs various Young Filmmaker competitions including the Junior, Senior, and International awards. It aims to give young people a platform to express themselves and begin making films.

Johnathan Connolly recently spoke to ilovelimerick about the success of ‘Stranger Danger’, his filmmaking and Fresh Film Festival. 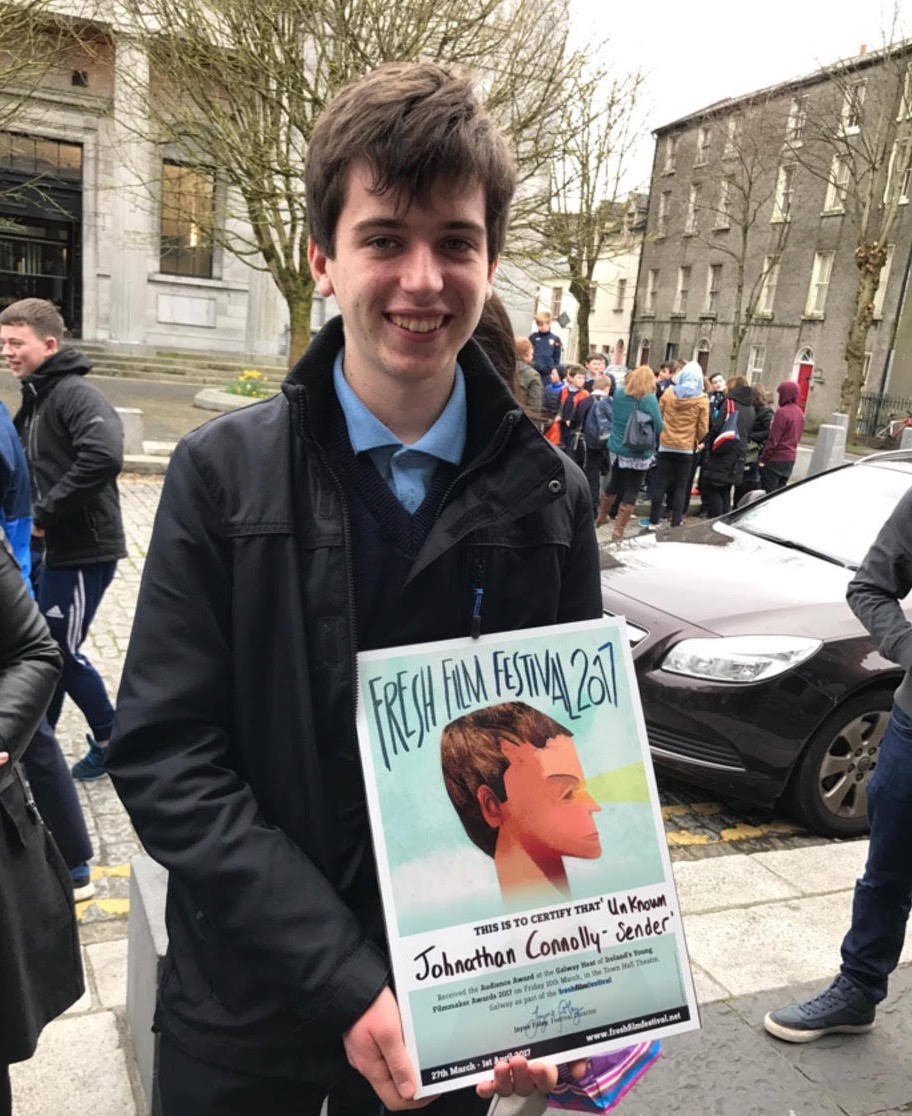 Why did you first decide to enter Fresh Film Festival?
Back in 2011, I did a film and animation course in Galway film centre and I made an animation short up there, which they entered it into Fresh. So, that was my first knowledge of Fresh. I got to the finals, which was a nice achievement, but I was determined to go back and win an award. Then, in 2012, I won my first award for animation.

You won the audience award for both 2016’s ‘Stranger Danger’ and 2017’s ‘Unknown Sender’. How does it feel to have your films resonate with audiences so well?
Well, really you don’t know how successful the film will be or how the film is gonna be shown so it’s nice to see how well the audience take it. I like sitting in the cinema and just listening to the audience. Winning the award was really a bonus to see what they thought of it because most of my film’s audience would be my peers.

‘Stranger Danger’ has been so incredibly received online and has reached such a large audience – how did that feel?
It’s pretty amazing. I’m not sure how it started, it’s just really amazing. I don’t know what to say. I never believed that it could reach such an audience online. Social media is great for sharing things and stuff, but the film was based on true events of a friend of mine so that’s where it came from.

Your sister stars in “Stranger Danger” – is it important to you to include your family in your work?
Ya, I do like to include my family in my work because they do help me greatly with my films and just giving back and giving a little credit for them to thank them for helping me. I have tried to work with others but they just aren’t as successful so it just works for me.

Both “Stranger Danger” and “Unknown Sender” deal with quite mature themes that affect young people. Do you think it’s important to discuss these themes with young audiences?
Ya, I like to make people more ‘internet-wise’. I’m quite lucky to have good knowledge on how to be wise on the internet. Once you’re on social media, you’re giving your consent to all your data and your rights. You’re basically giving away your rights. It can just be really dangerous in certain situations.

“Stranger Danger” and “Unknown Sender” have similar themes and messages. In the future, do you hope to continue dealing with social issues in your films or branch out and experiment with other genres and themes?
I do like to experiment with other genres and themes but the internet side, I really love that theme – it’s one of my favourites. I would like to branch out to documentaries and different things like horror.

What are your favourite films and why?
I really like ‘Psycho’. A lot of Stranger Danger was inspired by Psycho. It’s such an amazing film how Alfred Hitchcock he composed everything. The music is amazing in the film. I am obsessed with ‘Gone Girl’. David Fincher really did amazing. I love the twist in it, and the camera-work and the cinematography and everything.

Who are your biggest inspirations inside the industry and outside?
Inside the film world, Jim Sheridan. I was lucky enough to meet him. He is a big inspiration to be an Irish Filmmaker. Outside the film world, it would be my parents. No one else in family has any film background or anything like that, but I’m so grateful that they can help me even though they don’t have a background in it.

What is your advice for young filmmakers?
Just to keep making films and to experiment with different things. Don’t get bogged down with the technical side and be a bit more creative. Filmmaking is a really great platform to share and influence the audience and influence others.