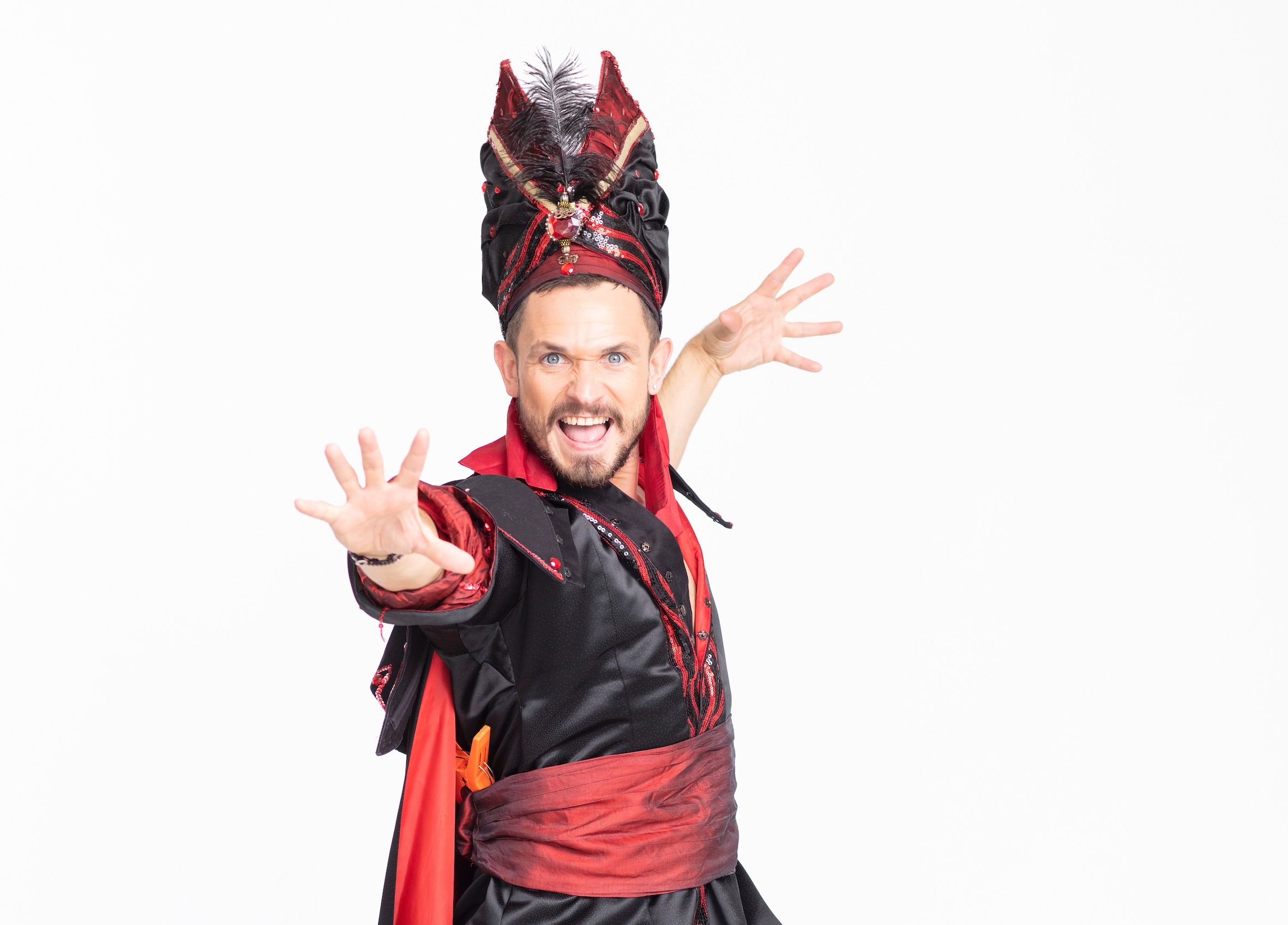 Johnny Ward, Fair City favourite and grand finalist of RTÉ’s 2019 Dancing with the Stars, will join the star-studded cast of the Specsavers Limerick Panto, Aladdin, at University Concert Hall, taking on the role of the baddie, Abanazer.

One of the most recognizable TV stars in Ireland, Johnny has featured as Pauley in Love/Hate and as mechanic turned kidnapper Ciaran Holloway in Fair City, a storyline that kept the nation gripped for over a year. He is also no stranger to live performance, having just finished a second run as the hilarious Gino Wildes in the smash hit Copper Face Jacks The Musical, written by Paul Howard.

Speaking today Johnny said, “I’m well used to playing the bad guy, but there’s nothing like being a panto baddie, where the shouts and boos are coming at you from a live audience of really loud kids! This will be my first time in the UCH, Limerick panto but I’ve heard great things about this show over the years and I’m really looking forward to working with Richie Hayes, Dayl Cronin and all the gang down there”.

Joining Johnny on stage will be UCH panto favourite Richie Hayes (Wishey-Washey), singer, actor and star of the 2017 Mrs Browns’ Boys Christmas Special,  together with Dayl Cronin (Aladdin), Dancing with the Stars 2017 semi-finalist and former member of Irish boyband Hometown.

Featuring some of the funniest, wackiest characters in panto land Aladdin at UCH, Limerick promises to transport you to a whole new world this Christmas.

Journey with the lovable laundry boy as he moves from being at Abanazer’s beck and calls to becoming master of the lamp – all the while trying to win the hand of the beautiful Jasmine. Throw in an animated, wish-granting Genie, a carpet that just can’t keep its tassels on the ground, the always hilarious Wishey Washeyand Aladdin have all the ingredients to be the most fun your family has this Christmas.

The Specsavers Limerick Panto at University Concert Hall is now the hottest ticket in town with all shows selling out in advance, so to grab the best seats, for the day that suits you, book now.

The panto will be taking place Monday, December 16 to Sunday, January 5. Tickets for the matinee and evening show can be bought in the University Concert Hall.

A New Marketing Campaign to make Limerick a student city