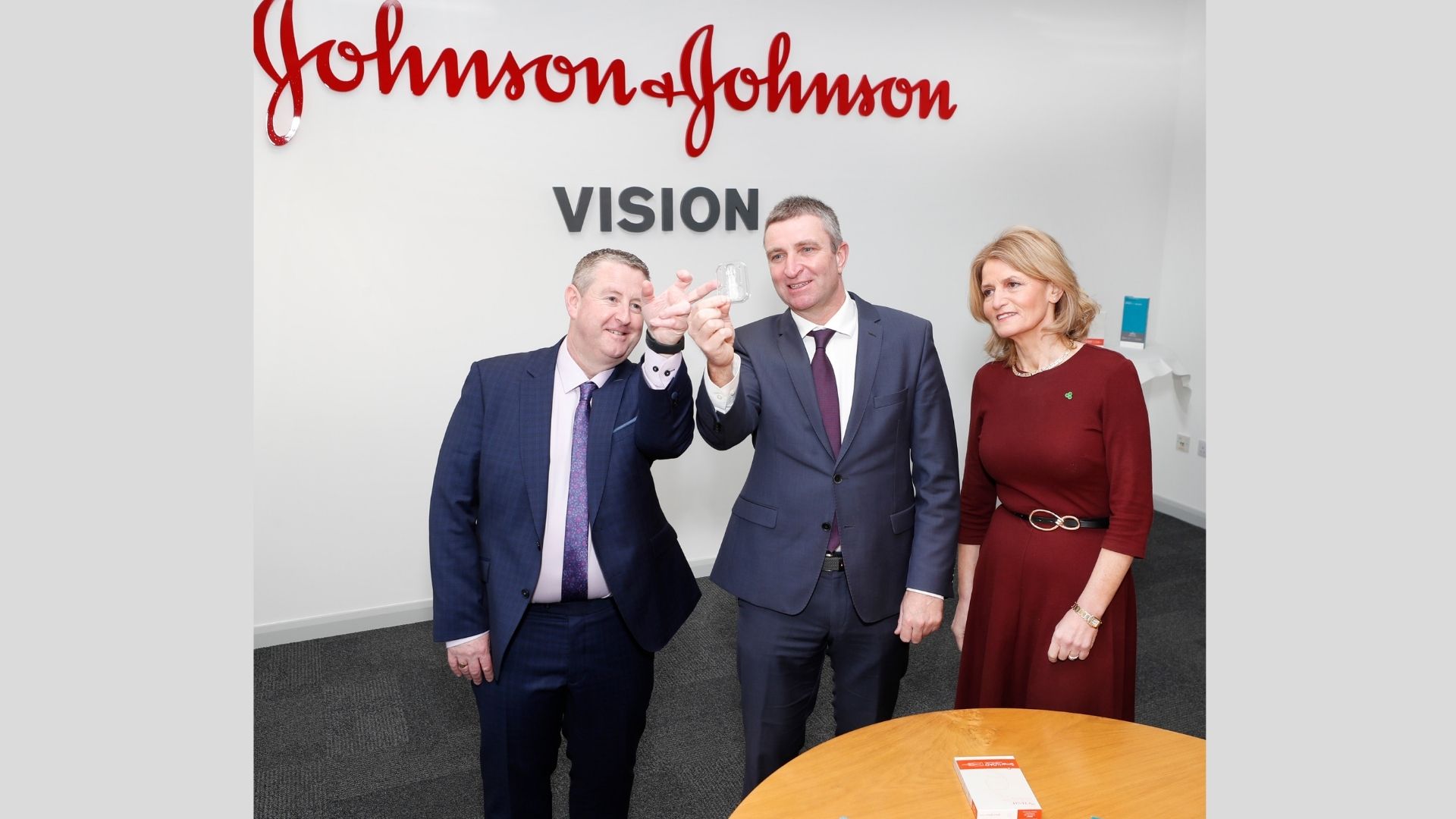 Johnson and Johnson began in its Castletroy campus in 1996 with only 60 workers in its books. Since then, the company has expanded to a workforce of 1,600 employees.

Contact lens manufacturers Johnson and Johnson have announced that it will be investing 35 million into its Limerick operation.

Johnson and Johnson began in its Castletroy campus in 1996 with only 60 workers in its books. Since then, the company has expanded to a workforce of 1,600 employees.

Following the Johnson and Johnson Limerick investment announcement, the company will have the potential to recruit up to 200 new employees over the next three years.

Recruitment of 120 additional staff is already underway in the companies’ labs, automation, engineering, and quality control.  A further 80 employees will be employed in constructing an extension to the Limerick plant.

This huge investment will allow Johnson and Johnson to expand its products and branch out into the manufacturing of intraocular lenses for cataract patients.

Just last year more than 4,500 people in Ireland were awaiting cataract surgery, a figure down from 5,500. Operations Director John Fitzgibbon said that Johnson and Johnson are committed to changing these statistics and to provide a solution to a lifetime of eye health needs.

Johnson and Johnson have now joined multiple businesses making huge investments in their Limerick firms. Just last Friday ADI Catalyst announced a new building that will create 250 jobs alongside Kneat Solutions who announced they will be recruiting 100 new jobs in Limerick.

The Mayor of the City and County of Limerick has welcomed the Johnson and Johnson Limerick investment with the creation of 200 new jobs over the next three years.

Mayor Daniel Butler said, “It has been a wonderful few days and weeks for Limerick on the business investment front. Today Johnson & Johnson Vision has joined ADI and Kneat Solutions (last Friday) and Eli Lilly (in January) in announcing a significant investment in its Limerick plant.”

“This investment will see intraocular lenses, used to treat cataracts or myopia, manufactured at their campus in Castletroy, further cementing Limerick’s role as one of the company’s largest such facilities in the world.”

“Once more this investment by Johnson & Johnson Vision shows that Limerick is an attractive place to invest due in no small part to our partnership eco-system led by IDA Ireland but also the excellent work-life balance that can be had here.”

For more on Johnson and Johnson, go HERE

Related Topics:Johnson and Johnson
Up Next