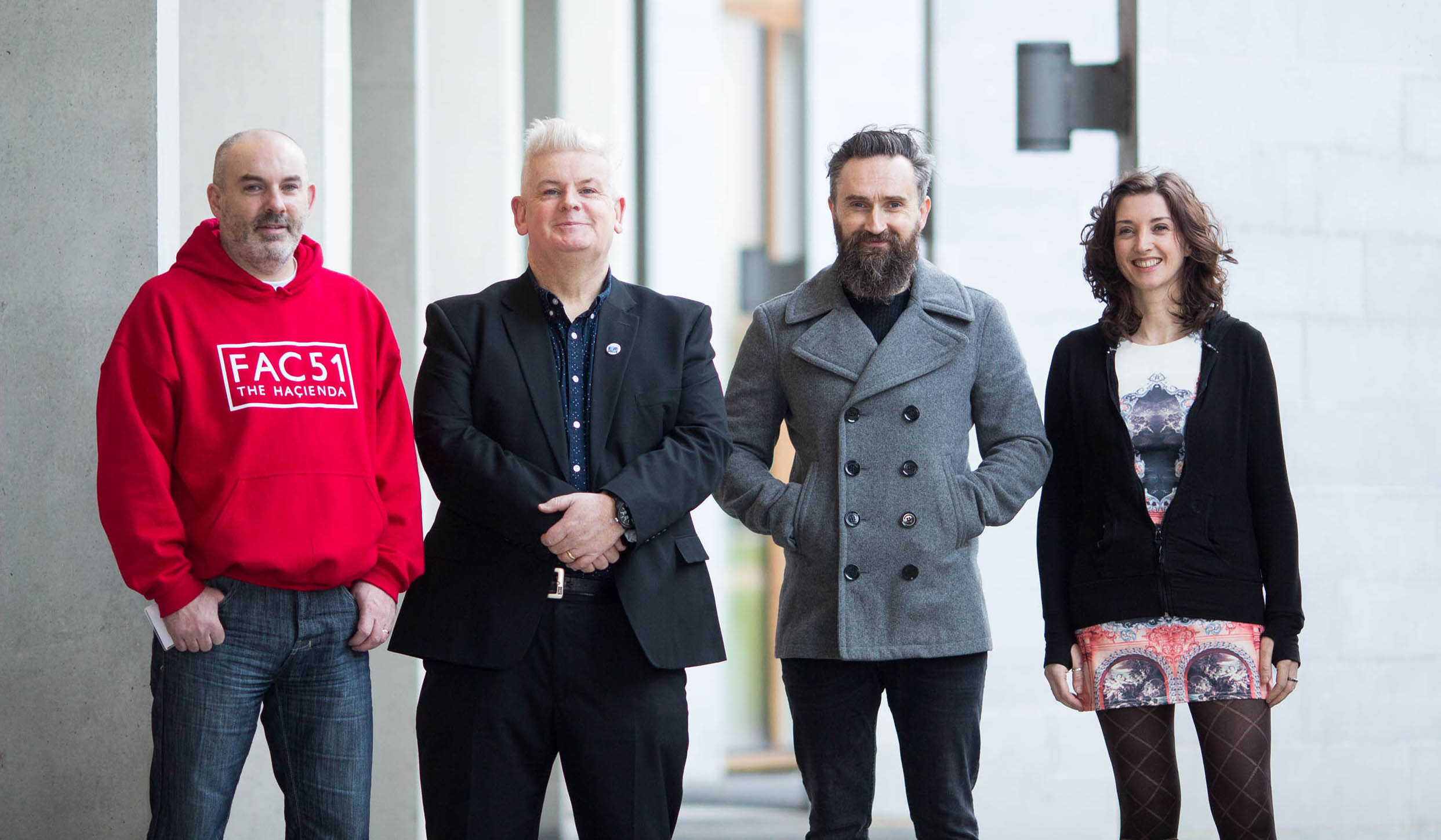 Joy Division perform at University of Limerick this week

Legendary Manchester band Joy Division perform at University of Limerick this week, as part of a two-day international  symposium. Following on from previous events at UL on The Smiths, Morrissey and David Bowie, the Popular Music and Popular Culture Research Cluster are examining the legacy of the iconic Manchester band, whose career was cut short with the untimely death of their lead singer Ian Curtis in 1980. Best known for their song Love Will Tear Us Apart Joy Division are one of the world’s truly iconic and influential bands.

The symposium was launched by Noel Hogan of The Cranberries who recalled how Joy Division influenced his band’s early recording efforts. Delegates have travelled from the UK, China, The US (including from Yale), Canada, Japan, Australia, Sweden, Norway, Finland, Spain and Portugal to dissect and debate the band’s contribution to Indie Music over the years.  The symposium heard papers on Joy Division’s influences, their songwriting practices, the band’s legacy as well as their transition to New Order following Curtis’s death.

One of the co-organisers Dr. Martin Power stated: “Unknown Pleasures is considered one of the most stunning debut albums ever released, while on Closer Martin Hannett’s incandescent production permeates the record alongside a band that had grown much in confidence approaching their second album. Both albums have come to yield many landmark tracks, including She’s Lost Control and Transmission.”