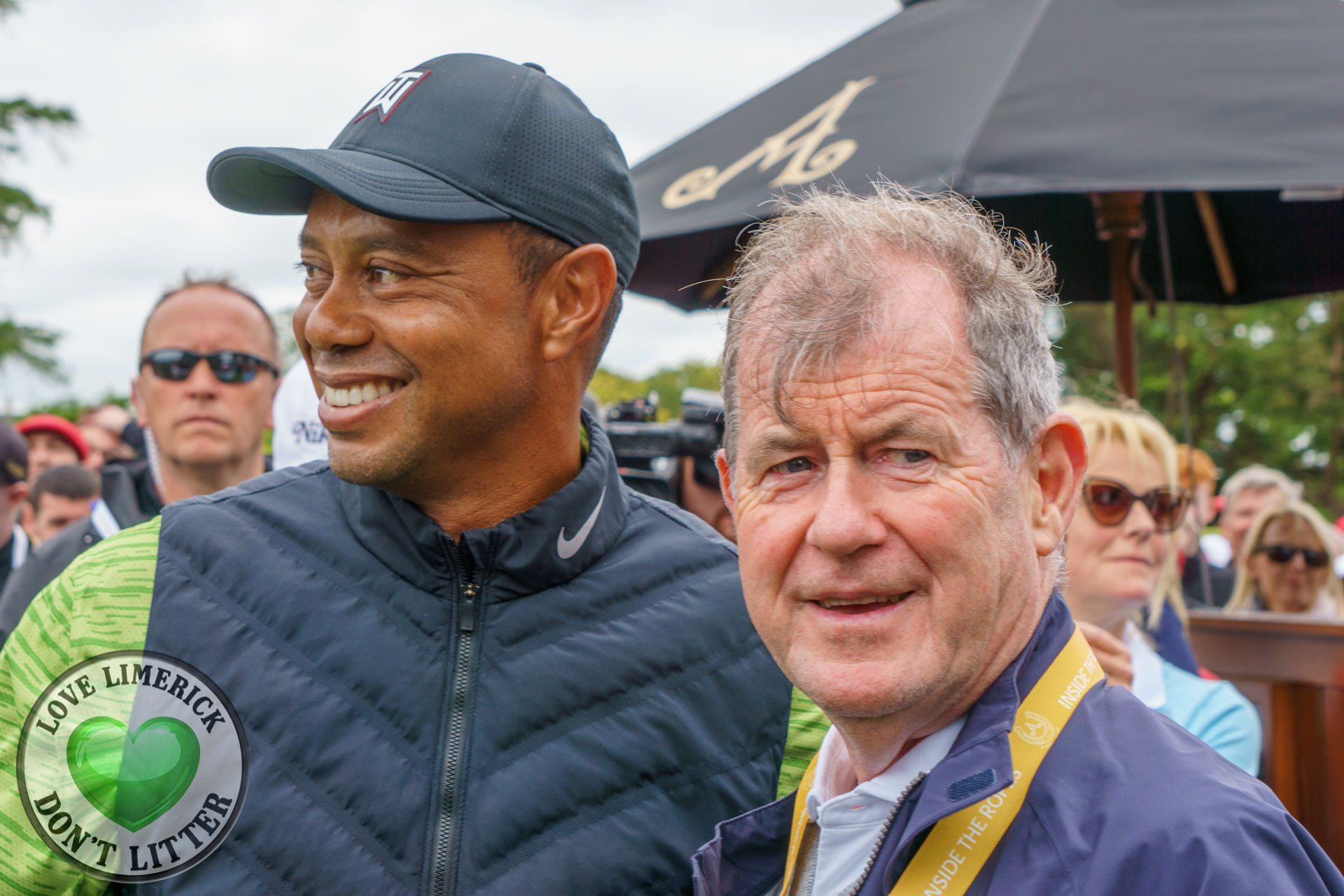 JP McManus economy boost –  JP pictured above US golf icon, Tiger Woods, who is a personal friend of Mr McManus and who was the star attraction at the ProAm. Picture: Kris Luszczki/ilovelimerick.

After an exhilarating two days at the grounds of the Adare Manor for the JP McManus Pro-Am, the JP McManus economy boost will have a huge impact on Adare’s local businesses.

Fans were delighted to get a chance to see a star-studded line-up of celebrities such as Hollywood actors Bill Murray and Jamie Doran and Irish singer and songwriter Niall Horan and Westlife members Kian Egan, Shane Filan and Nickey Byrne alongside the world’s top 12 golfers.

Many fans were given the opportunity to get photographs with their favourite celebs and have items such as caps and bags signed at the memorable event meeting horse racing legends AP McCoy, Mick Fitzgerald, Johnny Murtagh, Charlie Swan, and Ruby Walsh.

The primary purpose of the Pro-Am is to raise money for charitable organisations, mostly located in the Mid-West region of Ireland. Since its inception in 1990, the Pro-Am has helped raise over €140 million for charitable organisations in the Mid-West region of Ireland and attracts many of the world’s top players and celebrities to play the Tom Fazio-redesigned golf course.

The benefits to the local community from the JP McManus economy boost go even further, with the incredible €600,000 divided among 60 pre-paid credit cards worth €10,000 each gifted to the wives and girlfriends of golfers participating in the Pro-Am.

The incentive will have a huge impact on local business, and many store owners were delighted with the kind gesture from JP with store owner Aisling Maher telling I Love Limerick, “This has generated profit nuggets for local businesses and 20% of all purchases on the card system will go directly to midwest charities supported by the JP McManus Foundation. This is incredibly kind and gernour of JP and a huge boost to the local ecomony as the cards are only redeemable in local businesses and encouraged the wives and girlfriends of the golfers to head into the heritage town and see what it has to offer. This credit card initiative has been a massive boost following the recession and the Covid pandemic.”

Adare Manor’s 18-hole championship course is scheduled to host the 2027 Ryder Cup which will inject an estimated €200million into the local economy.

For more stories on the Pro-Am go HERE