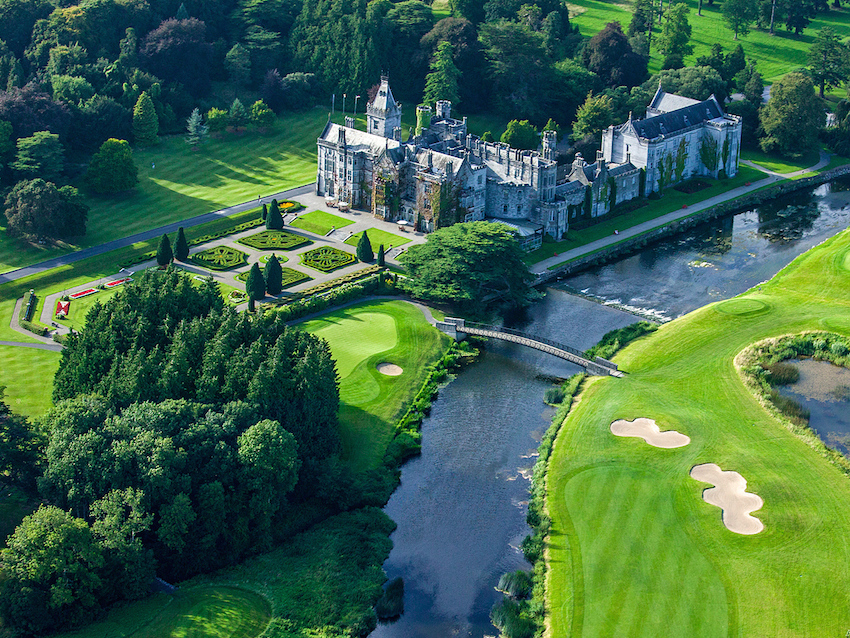 JP McManus Invitational Pro Am to return in 2020

The next JP McManus Invitational Pro Am will take place in July 2020 at Adare Manor Hotel & Golf Resort which is currently undergoing a massive renovation. The event has raised more than €100m for charities in the Mid-West.

Extensive refurbishment of Adare Manor Hotel commenced 1 March 2016 along with construction and enhancement of the golf course. When fully complete, the Tom Fazio designed course will set new standards of golf presentation in Ireland.

A statement which was released earlier this week, said: “It is hoped the Pro-Am will coincide with European Capital of Culture in 2020, which Limerick has been short-listed for. If Limerick is successful, the JP McManus Pro-Am will become one of the key calendar events for the European Capital of Culture celebrations in Limerick in that year.” The JP McManus Invitational Pro Am attracts the world’s leading golfers, celebrities and business leaders. A record 80,000 spectators attended the last event in 2010.

The result of Limerick’s bid to be Capital of Culture in 2020 will be announced on July 15, with Galway, Waterford, Wexford and Kilkenny also in the running.

Mike Fitzpatrick, director of Limerick’s 2020 bid, said it was “fantastic to get this great sporting occasion bringing a worldwide spot light to Limerick.

“The philanthropic value of the PRO-AM and the funds it raises for the Limerick and the region are all part of the investment in the future of Limerick to deliver at an international level. We salute this ambitious endeavour and welcome it as a flagship event for 2020,” he said.

Mayor of Limerick City and County, Cllr Liam Galvin, welcomed the news, saying it was a “timely boost to Limerick’s bid” to win the designation.

“There are few events happening in Ireland any given year that attract the level of international attention that the JP McManus Invitational Pro-Am does so to have it scheduled to coincide with the 2020 European Capital of Culture, which Limerick is shortlisted for, would be a huge boost to the programme were Limerick to be the successful with its bid,” he said.

“The winning bid for the 2020 European Capital of Culture will be announced next month so today’s commitment by JP McManus to host the Pro-am in that year hopefully adds further impetus to our bid.

“The JP McManus Invitational Pro-Am is a huge event for Limerick and, indeed, the country as it attracts not alone some of the world’s top golfers but best known people from other sports, the arts, culture and business. It’s a great opportunity to showcase Limerick and were our bid to be successful, the event would be another great platform for cultural expression in what would most certainly be a monumental year for our city.

“The biggest boost from the Pro-Am is, of course, for charities. It has raised over €100m for charities so far, including in cultural projects, and that investment has had a huge social dividend in helping the underprivileged and disadvantaged across a number of sectors in Limerick and the wider Mid-West region.”

The proceeds of the JP McManus Invitational Pro Am go in their entirety to support mid-western charities and groups in their work with the underprivileged and disadvantaged across a number of sectors.

The Limerick Going for Gold 2016 campaign