By Richard Lynch on November 2, 2015@richanthon 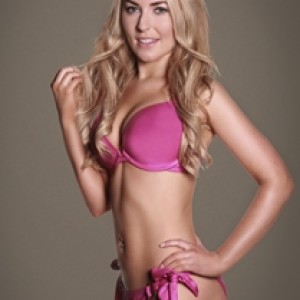 Limerick lady Judy Fitzgerald, Miss Bikini Ireland 2014 has handed over her crown after an amazing year travelling the world and modelling in some of the greatest fashion destinations.

Judy Fitzgerald has had a whirlwind year as Miss Bikini Ireland. After being crowned Miss Bikini Ireland, she went on to represent Ireland in one of the world’s biggest beauty pageants, Miss Swimsuit International model search, which was held in the Hard Rock hotel in Cancun, Mexico. This was an all expenses paid trip for 9 days where Judy enjoyed VIP treatment and she describes it as a trip of a lifetime. During her time in Mexico she followed an itinery which included bonding activities such as water sports with the other finalists, swimming with dolphins, she participated in the Coco Bongo show and attended many VIP events. She had numerous photoshoots with some of the world’s leading photographers as well as making many worthwhile work connections and lifelong friends during her time in Cancun.

In February 2015, she was invited to New York Fashion week. She modelled in the grande finale of New York Fashion Week in the Broadway Ballroom of the Crowne Plaza hotel in Times Square, Manhattan. She returned to New York fashion week in September where she hosted Couture Fashion week New York and Modelled for the second time. This was an invaluable experience. She attended many Red Carpet events during her year where she was VIP guest such as the Cannes Film Festival, the Monaco Grande Prix and Wimbledon. She did a photoshoot for LA Fashion Magazine while in Cote d’Azur Nice where she modelled dressses by Adam X Atelier of Toronto Canada, apprentice to Alexander McQueen and Sherin Mansoor from Oman. She made friends with a variety of inspiring people and met many well known celebs along the way such as Alex Reid, Kool and the Gang, Fatboy Slim, Damien Duff and Joe Jackson. 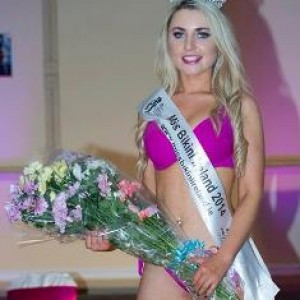 Judy has been active in charities such as the Cycle Against Suicide, Irish Cancer Society and Pieta House since being crowned Miss Bikini Ireland 2014.

Since winning the Miss Bikini Ireland Model Search she has been very busy with photoshoots, commercial shoots, judging pageants, having TV and radio interviews and attending VIP events. She has two calenders out at present. She is the main face of the Miss Bikini Ireland Calender and is also featured as the month of October on the Miss Swimsuit International calender.

She has been active in charities such as the Cycle Against Suicide, Irish Cancer Society and Pieta House. She was one of the principal judges in the Miss Bikini Ireland heats and final this year. She crowned the New Miss Bikini Ireland Rebecca Hanley on Friday the 23rd of October in Dublin.

Judy has gained confidence, independence, friends, work connections and a love of travelling. She has had a very fulfilling and memorable year. As well as being a model Judy is also a qualified nurse, fitness instructor and lifeguard. She enjoys keeping active and leading a healthy lifestyle.