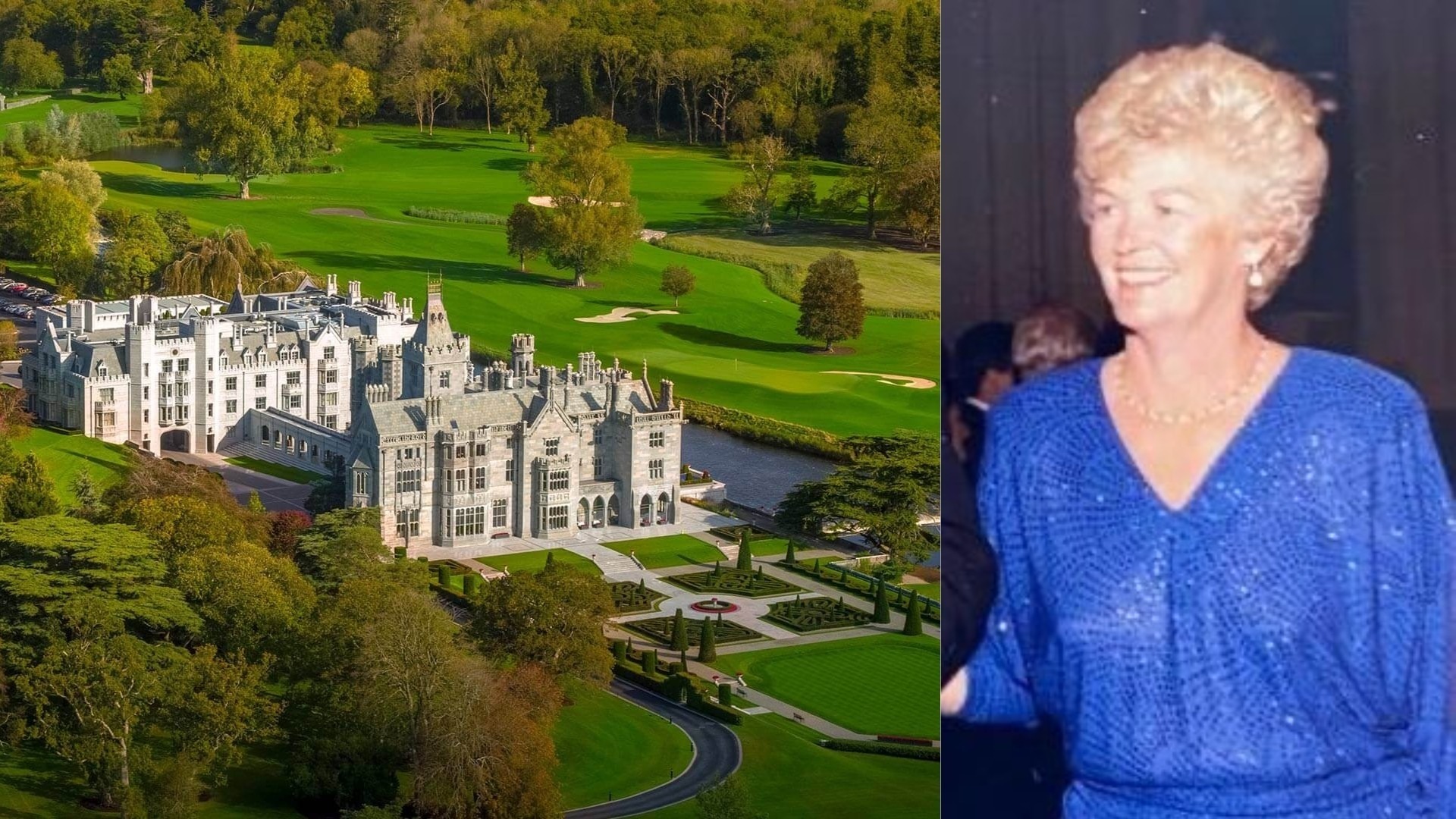 Judy Kane / Tributes have been paid to the former Adare Manor owner, who passed away last Wednesday, December 29.

Tributes have been paid to former Adare Manor owner Judy Kane, who passed away last Wednesday, December 29 in Florida, USA.

Husband and wife Tom and Judy Kane purchased the 19th Century, 840-acre estate in 1987 for a sum of £2 million. The manor had been the seat of the Dunraven family for almost 200 years until the 7th Earl of Dunraven sold the property and its contents in 1982.

The Kane’s, who hail from America, transformed the stately home into a 62-bedroom, five-star hotel and commissioned the now-infamous Adare Manor Golf Club. The course played host to two Irish Open’s in 2007 and 2008, and will be the location of the 2026 Ryder Cup.

Mrs Kane, who passed away in her native Florida, is survived by her husband, their children Teri, Tommy, Linda and Diane, six grandchildren and one great-granddaughter.

Commenting on the news of her passing, Adare Manor Golf Club said, “The Adare Manor family were sad to learn of the recent passing of Judy Kane, previous owner of Adare Manor and Club President of Adare Golf Club.

“Under the guidance and vision of Tom and Judy Kane, Adare Manor took its first steps as a five-star hotel and golf course and we are thankful for all that they achieved in getting us to where we are today. Our thoughts and prayers are with Judy’s loving family and friends across the world.”

Mayor of Limerick City and County, Daniel Butler, also paid tribute to Mrs Kane, saying, “My sincerest condolences to Tom and their children on the passing of Judy. Their purchase and investment no doubt saved Adare Manor and allowed it to become what it is today.

“Anytime my family met Judy she was always so warm and welcoming. A real lady, and a sad loss.”