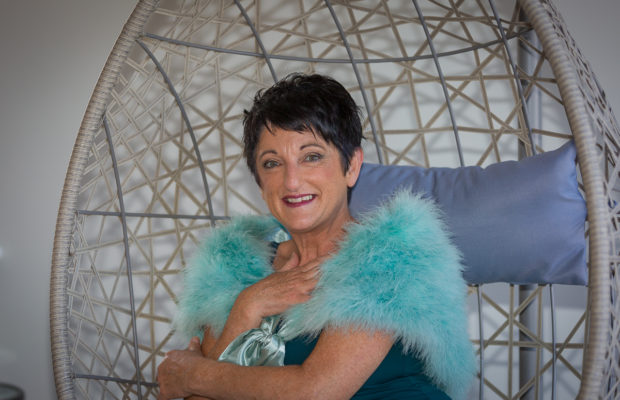 Dolans are once again delighted to announce that Judy O Connor Supperclub Christmas special will return this December.

Considered to be an important part of the Dolans Christmas offering, Judy returns for two nights on Monday December 10th and Tuesday 11th of December.

Judy O’Connor needs little introduction to Limerick audiences. An award-winning performer, she has been entertaining audiences on the Irish music scene for many years.

Judy was a founder member of Jasmic Dancers, and she regularly performed in the late Eamon O’Connor’s Christmas shows. She travelled the world with the famous ‘Up With People’ troupe eventually being appointed a professional dance tutor within the organisation.

Speaking at the launch of the Judy O Connor Supperclub event, Valerie Dolan said: “Judy has been entertaining our audiences at Dolan’s bi-monthly Supperclub for many years. Her energy, talent and eclectic performances have resulted in her building up a very loyal following.

The Christmas with Judy Supperclub special has now become a popular date for the diary every year. We are delighted to have Judy back this December and are lucky to count her as part of the Dolans Christmas offering”.

The Christmas with Judy special event will include a specially commissioned cabaret performance by Judy and her accompanying pianist Aiden Boland featuring Christmas-themed songs, some classics and a few special surprises on the evening.

Throughout her long and distinguished career, Judy O’Connor’s name is synonymous with the likes of Le Groupe, Limerick Musical Society and the Cecilian Musical Society where she has been a leading lady on productions including ‘Sweet Charity’, ‘Pajama Game’, ‘Show Boat’, ‘Mack ‘N Mabel’, ‘Anything Goes’ and ‘Cabaret’.

She has been twice recognised for her work by the Association of Irish Musical Societies who awarded her the Best Comedienne award for her work on ‘Hot Mikado and Best Supporting Actress in ‘Copacabana’, role which she performed for Limerick Musical Society.

As well as being involved in musicals, Judy was a member of the Granary Players for several years and won a Joint Actress Award for the play ‘Shakers’ on the 3 Act Festival Circuit.

It was during her time with Granary Players that Judy met Margaret Hough where their combined love of theatre and performance led them to set up the Spotlight Stage School. The success of Spotlight has enable thousands of young Limerick performers to tread the boards for the first time.

Christmas with Judy will also feature a special guest star Stephen O’Riain who joins Judy on stage for each show. Stephen O’Riain returns to Limerick following a recent stint performing in the touring cast of West End hit musical The Jersey Boys.

The night will also include a delicious 2 course festive supper prepared by Dolan’s award-winning Chefs under the direction of Pavel Kiepiela, along the attention and 5-star service from the wonderful Dolans team, Christmas with Judy really is up there as one of the best festive party nights Limerick has to offer.

Speaking about the show Judy said: “Christmas just wouldn’t be the same for me without the opportunity to return to Dolans to perform a show I have loved every since I introduced it back in 2008.

The intimacy of the venue along, the festive magic and the appreciative audiences the show has attracted make it a very special evening of song, dance and laughter”.

The Christmas with Judy O Connor Supperclub special will take place upstairs at Dolans on Monday, December 10th and Tuesday, December 11th from 7 pm to 11 pm and tickets can be bought from Dolans.ie and cost €30.