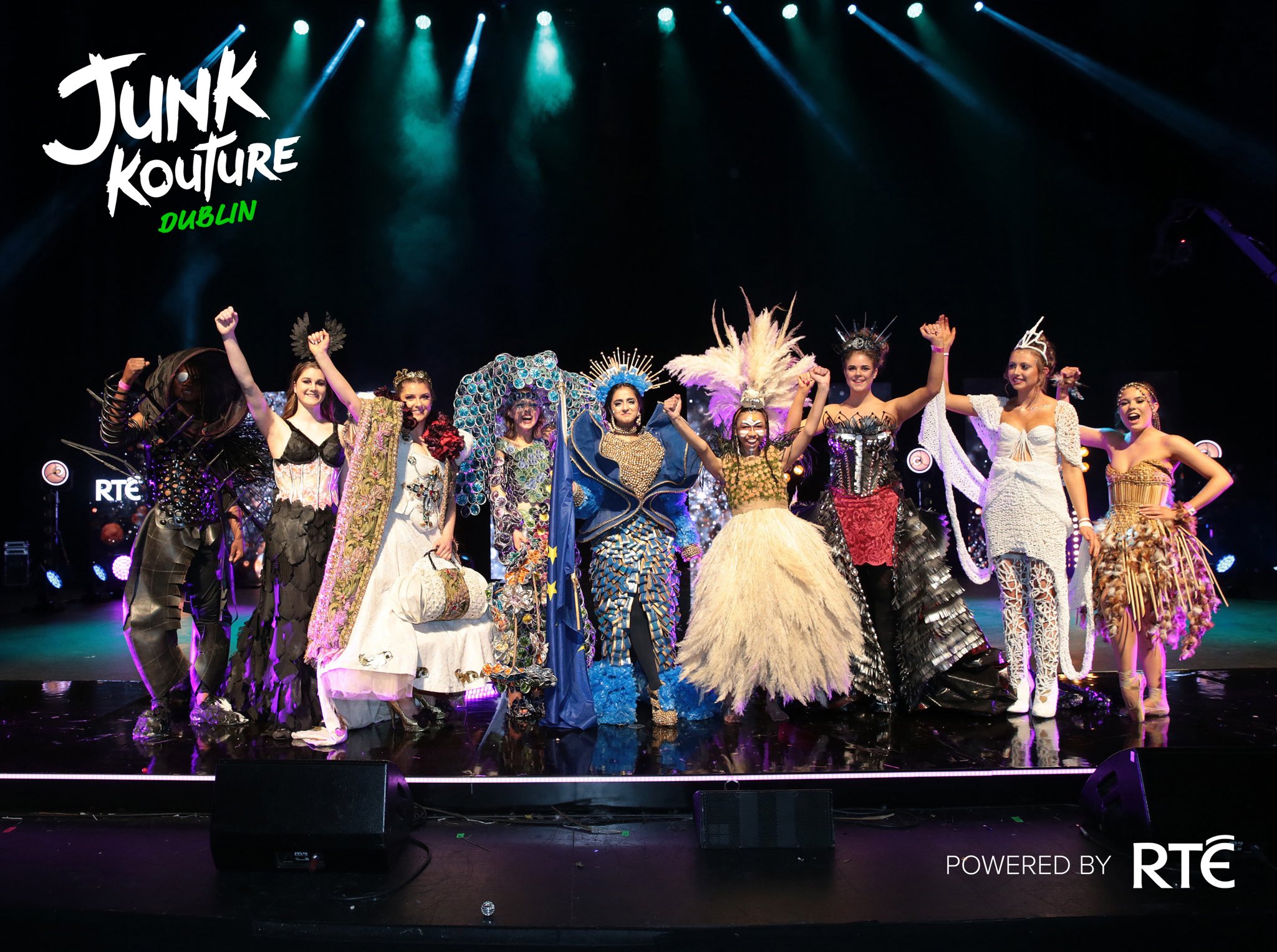 The secondary school students made up one of nine design teams who were chosen to proceed by judges Louis Walsh, Roz Purcell, Soule, and Stephen McLaughlin at the Junk Kouture national final on Thursday, May 5.

This huge achievement will see the girls set off to Abu Dhabi where they will go up against fifty other environmentally conscious designs from schools across the world, including London, Paris, Milan and New York.

The competition seeks out sustainable fashion designs from secondary school students aged 13 to 18, using recycled items such as plastic cutlery, recycled glass and bike gears – anything is usable as long as it’s recycled!

Designers Maha, Jadine and Somaia created a stunning piece, ‘Ode to Joy’, symbolising the values and principles of the EU and its efforts in fighting climate change.

For the base of their dress, they used old bedsheets with top ruffles framed with builder’s mesh and old cardboard folders, embellished with an old rope sprayed in gold. The fanning pattern of the skirt was made from old cardboard folders and disposable plastic shoe covers, lined with black plastic bin bags to darken the shade of blue. The sleeves and bottom ruffles are covered in blue flowers that were also made from disposable shoe covers, creating a striking piece with a powerful message.

‘Ode to Joy’ will fight for prizes such as the Glamour Award, Wearable Art Award, Innovation Award and Performance Award, as well as the first-ever Junk Kouture World Designer of the Year title.

“We are so excited for our first World Final in Abu Dhabi, bringing Junk Kouture to more young people around the globe, enriching and empowering their lives through creativity and sustainability and introducing the world to the circular engineers of the future,” CEO of Junk Kouture, Troy Armour, said at the Irish national final.

Best of luck to Maha, Jadine and Somaia on their journey to Abu Dhabi for the Junk Kouture World Final!

Sinead McKillican exhibit runs at Normoyle Frawley Gallery until May 21