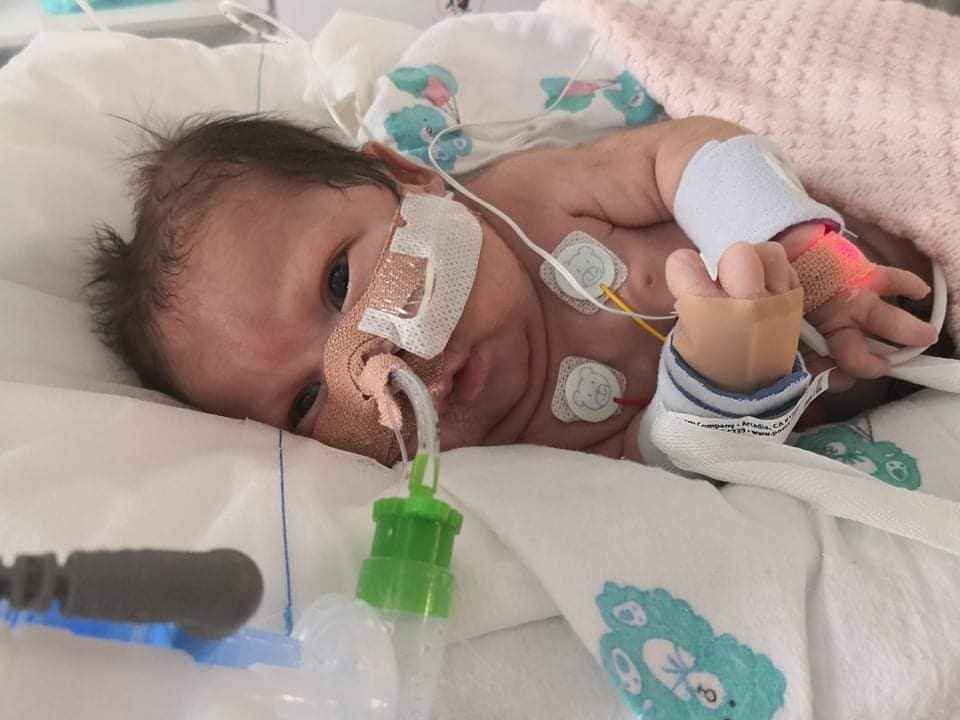 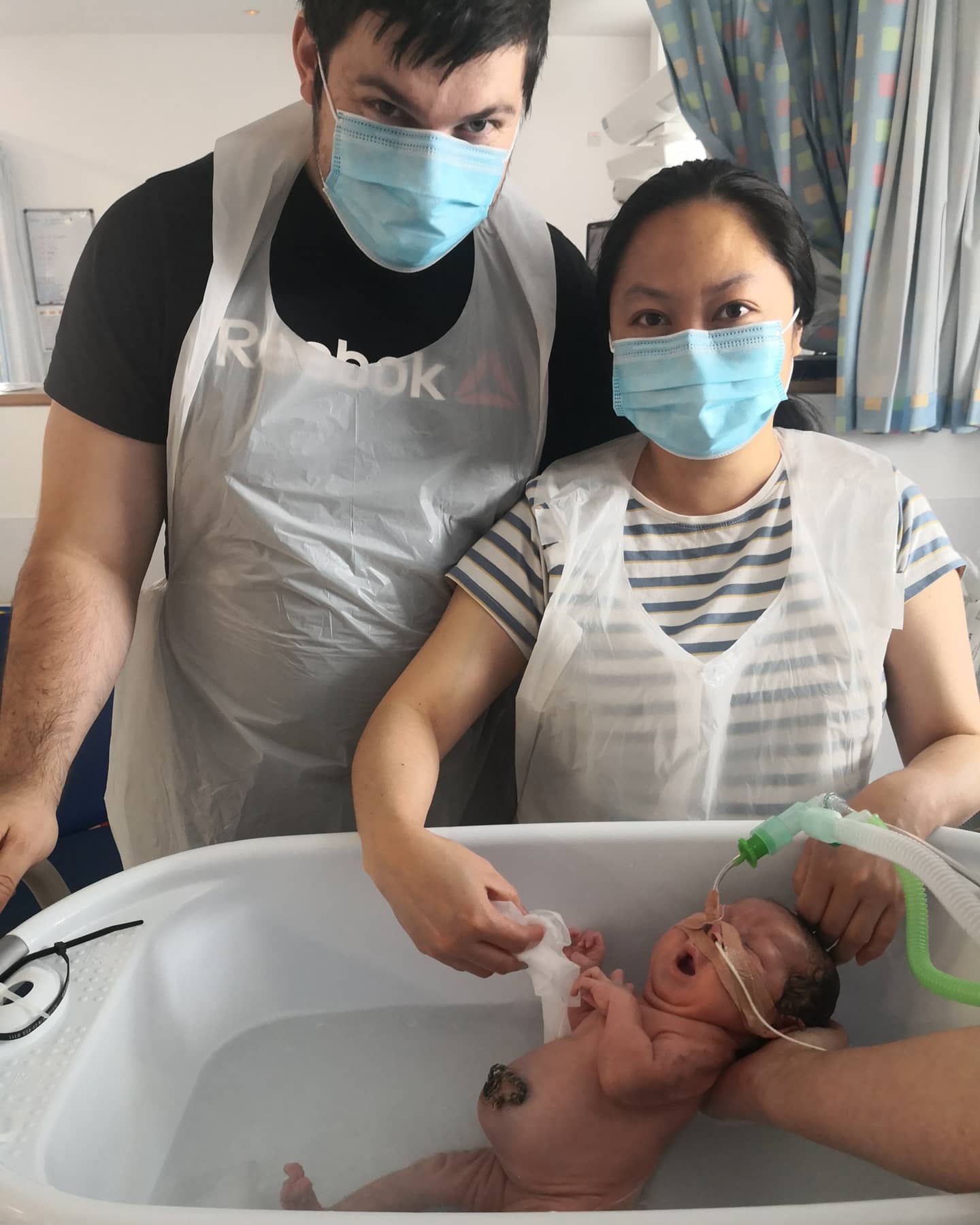 Qi Qi pictured above with her parents

A Limerick family is calling on the public to help them raise funds so they can bring their young daughter Qi Qi home for her first Christmas.

Qi Qi, pronounced ‘Chi Chi’, was born in Coombe Hospital Dublin earlier this year with a very rare syndrome called Kagami Ogata or UPD 14 Syndrome Paternal. This syndrome means that Qi Qi was born with a double Y chromosome and no X chromosome.

This syndrome causes many respiratory problems, mental delays, swallowing problems, and many other life-threatening problems. Qi Qi is, unfortunately, the first Irish baby to be born with this syndrome and so her future growth is unknown. So far only fifty kids in the whole world have been diagnosed with Qi Qi’s condition.

When Qi Qi’s parents found out they were pregnant with her they were over the moon. The pregnancy was going brilliantly until the first scan where the doctors immediately discovered an anomaly on the baby’s stomach. The young parents went for more scans to discover what was affecting the child and eventually, the doctors diagnosed her with omphalocele, which means all of the baby’s organs were growing in a sack on the outside of her body.

Qi Qi’s mother had a very tough pregnancy, her belly was the size of a mother carrying triplets. They found out quickly that syndrome that Qi Qi has caused a build-up of water in the mother. Qi Qi’s mother was carrying 11 liters of water in her stomach and the doctors had to schedule appointments for the water to be removed regularly by a large needle to stop harm from coming to both mother and daughter. They removed three liters of water from her belly. Kagami Ogata 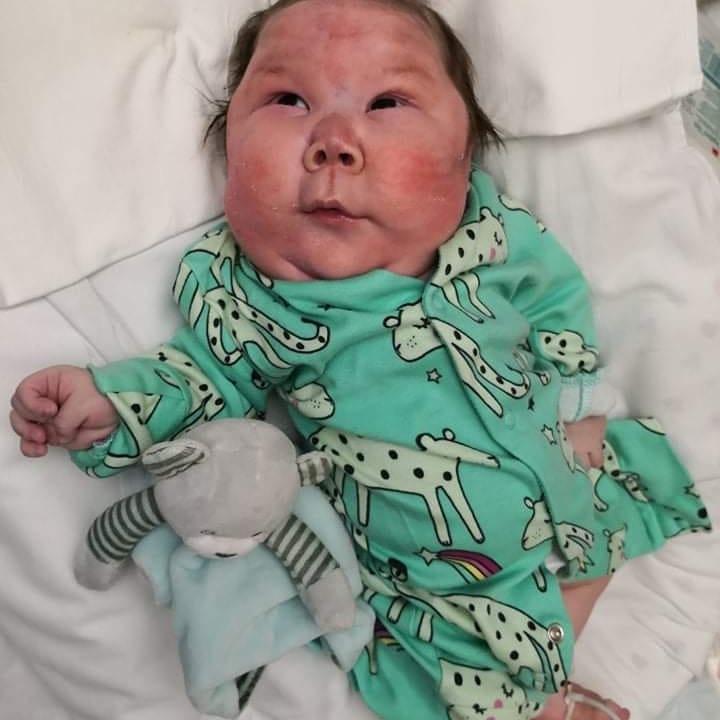 One month before Qi Qi’s due date, her parents received terrible news from a specialist they had gone to see about their child’s syndrome. The specialist told them that Qi Qi has a 2 percent chance of survival after her birth. Her parents were distraught at the news but hopeful that their baby would prosper.

When Qi Qi’s mother went the second time to get the excess water removed from her stomach, she went into labour with Qi Qi who was then born a month premature through a c-section. Thankfully over time Qi Qi’s organs had formed back inside her body and she was born with functioning organs, unfortunately, due to her syndrome, Qi Qi has been intubated since her birth as she is unable to breathe by herself and the diagnosis is not looking good for her future.

Once Qi Qi was born, she was transferred from Coombe Hospital to PICU in Crumlin on intensive care. Her parents attended meeting after meeting to discuss what her survival rates were like but the doctors were unable to give them any good news. Her parents refused to give up on her and Qi Qi is currently fighting hard for her life. Kagami Ogata

The couple live in Limerick City Centre and haven’t been home properly since the birth of their daughter almost five months ago and have been residing at Ronald McDonald’s House in County Dublin who help provide accommodation and a caring environment for families whose children are seriously ill.

Qi Qi’s parents want to bring their child home to Limerick so they can celebrate Christmas together at home as a family but the cost of the equipment they will need to keep their child safe and alive as well as the price of home care packages and the nurses that will be hired to help is much too costly for them and Qi Qi’s mother will have to quit her job to keep watch over her child full time. It is going to cost a minimum of €15,000 to equip their house with the vital equipment for their child to be cared for properly. Kagami Ogata

Tomislav Handanovic, Qi Qi’s father, has said, “I am asking you to spare the price of one drink of coffee to donate to help me and my wife to get one step closer to our home, safe and equipped for our baby’s needs. Qi Qi’s syndrome causes many problems with mental delays and respiratory problems and she will need to go home with a home care package and nurses that will look after her until she can get stronger, we need to get a bigger space for all the equipment that is needed for her progress and recovery. I ask that you pray for my daughter so she can get stronger and her small lungs can get better so we can return with her to our home in Limerick. We want to thank you all for your support and prayers for Qi Qi.”  Kagami Ogata

For other fundraiser stories go HERE

Related Topics:fundraiserKagami Ogata
Up Next