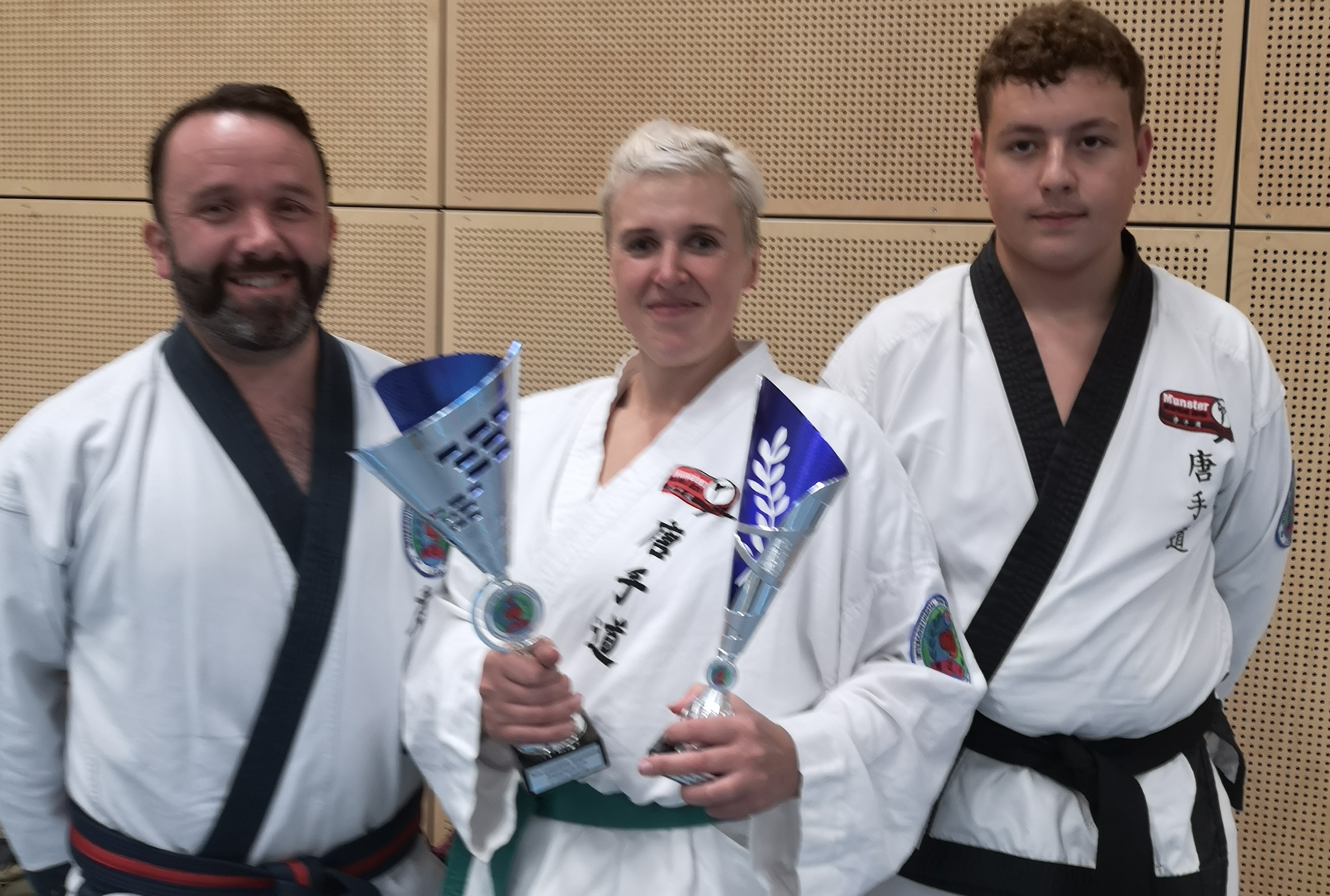 Dace Irbe, student of Pat Forde at Munster Martial Arts has returned to Limerick this week having placed 2nd and 3rd against competitors from Holland, Greece, and Belgium at the New Generation Tang Soo Do Holland Championships.

Dace was accompanied to the tournament by her husband Valdis, her instructor Pat Forde and her son Ralf, who was also competing and tested for his second Dan Black Belt. 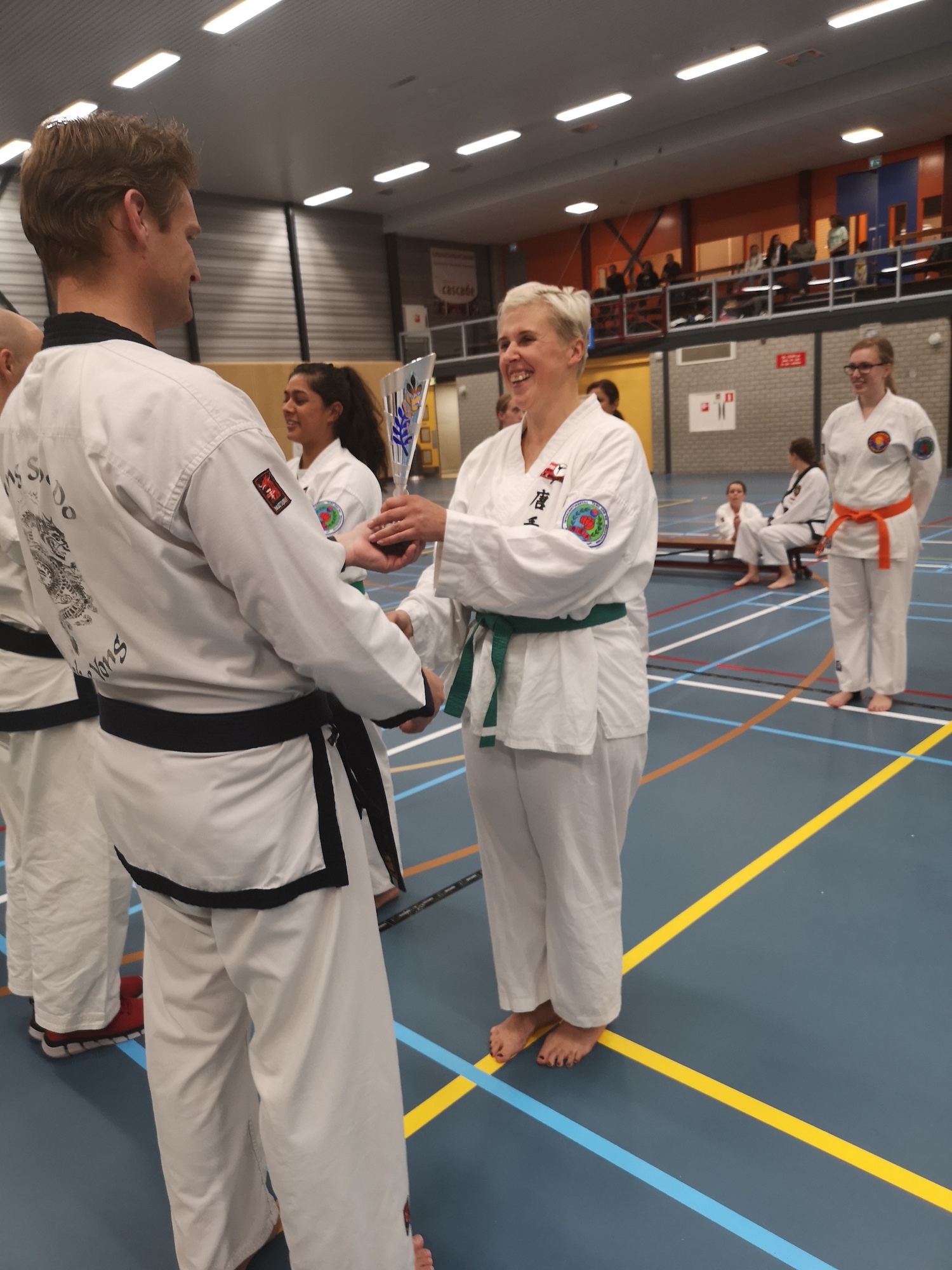 Dace pictured receiving her trophy in Holland earlier this week.

It was actually because of Ralf that Dace got into Martial Arts. Just as many parents do, Dace was bringing Ralf to Munster Martial Arts for years before finally deciding to give it a go herself.

Only two years on and she has brought home trophies for third place for forms and second place sparring.

Grandmaster Dominick Giacobbe is a 9th-degree black-belt and is one of the leading personalities in Tang Soo Do Karate.

Speaking of Dace’s win, Master Pat Forde said, “As an instructor I am very proud of Dace for this amazing achievement. I think Dace has shown every adult what is possible if you put your mind to it, balancing work, family and her own training. She has done all of this with a positive attitude, friendliness and continues to want to learn more and keep improving”.

The competitors pictured in Holland at the New Generation Tang Soo Do Championships.