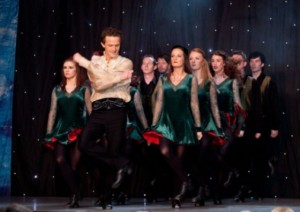 The governing board of Limerick City of Culture has announced that Karl Wallace has been appointed as Artistic Director for Limerick City of Culture 2014.
Karl Wallace, originally from London in the UK is the current chief executive of Siamsa Tire, Home of National Folk Theatre of Ireland and will take up his position in Limerick next month.
Mr Wallace previously worked in an artistic and managerial capacity at theatres in the UK, Belfast, and Dublin and is a former Artistic Director of the Belltable Arts Centre Limerick.
He has described his new appointment as ‘an exciting challenge’ which he ‘can’t wait to start’.
“I’m very excited to be coming back to Limerick and returning to a city that has one of the best artistic and cultural infrastructures in the country,” he said. “I’m looking forward to rolling out the programme encompassing culture, sport, heritage and the arts and I see City of Culture as a real catalyst for Limerick- a year in which a variety of agencies can work together to make Limerick the best destination city in the country for 2014.”
Limerick was announced as the first National City of Culture for 2014 by Jimmy Deenihan, TD, Minister for Arts, Heritage and the Gaeltacht. As part of the initiative, a city in Ireland will be selected and designated as a National City of Culture every two years with the designation itself lasting for one calendar year.
Welcoming the appointment, Pat Cox, Chairman of Limerick City of Culture 2014 said that he was confident that the incoming Artistic Director will deliver an ambitious and dynamic cultural programme for Limerick 2014.
“Along with my colleagues Bill Whelan and Paul O’Connell, I am looking forward to working with Karl over the coming months. He has a long record of achievement in devising and implementing cultural events and programmes. His experience will greatly contribute to our collective effort to showcase the creative and diverse personality of Limerick”.
Also welcoming the appointment, Limerick City and County Councils Manager, Conn Murray said Karl Wallace will be a welcome addition to the team currently working on plans for Limerick City of Culture 2014 and will work closely with that team to create signature events for the year.
“Karl will help in moving the dynamic of Limerick City of Culture to the next level through engagement and planning with all interested stakeholders,” he said. This will allow for the cross fertilisation of ideas between different sectors and embrace the potential that all that offers.”
The first draft of the programme for Limerick City of Culture 2014 will be officially launched in mid-2013.