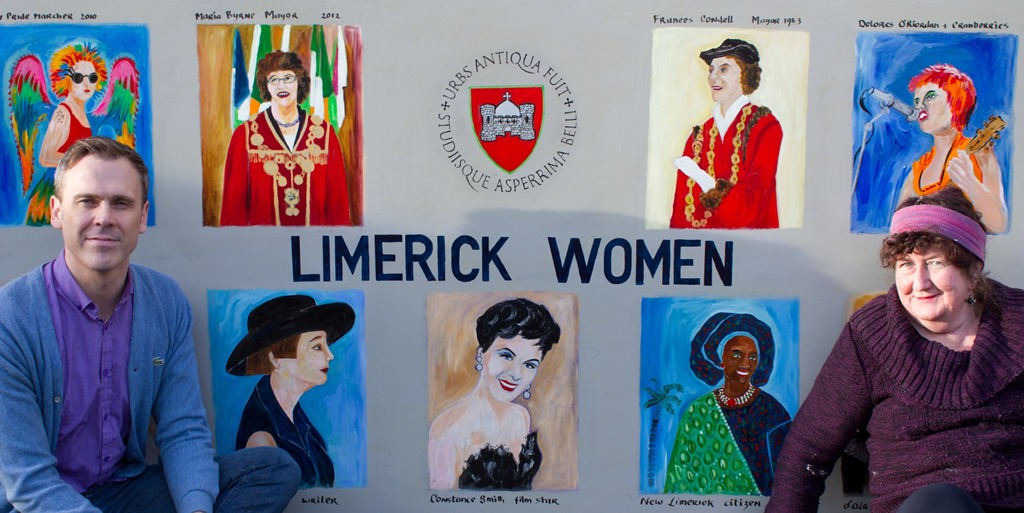 Works acclaimed by the well-known and talented Limerick artist Kate Hennessy are currently on display in the Augustinian Church, O’Connell Street. These works are inspired by the churches of Limerick, Ireland and others from across Europe.

The walls of the Augustinian church will be decorated with depictions of holy buildings from across the world until Friday October 31 2014.

One of these popular pieces includes a work of the Dominican’s Church in Baker Place where the artist is from. The order is now set to leave the city of Limerick after 800 years.

This exhibition is Kate’s own way of contributing to Limerick’s City of Culture 2014 celebration. Also included in the exhibition is a painted mosaic representing an angel from the Redemptorists Church on the South Circular Road, as well as panish Angels, at the cathedral in Toledo, central Spain.

Speaking about the relationship art and churches share Hennessy said “I believe that churches were the art galleries of the Irish people. Long before I fell in love with Jack B Yeats ‘Chairoplanes’ in the Carnegie library, Pery Square, I was taken to Mass every Sunday, and often Benediction too. It was in these buildings that I enjoyed the sculpture, mosaic and stained glass, not to mention the woodcarving and floor designs.”

Kate was born in Limerick and studied at the School of Art there under Jack Donovan. Later she studied in Dublin with Maurice McGonagle. Her career also extended to teaching art in Holy Faith School in Clontarf as well as Limerick and Kilkenny V.E.C.

While teaching the artist kept up her painting career and exhibited widely in Ireland, and also in France, Germany, Denmark and the U.K.  Hennessy has been showcased in all major Irish art group shows such as the Royal Irish Academy and the Oireachtas as well as countless group shows all over the country.