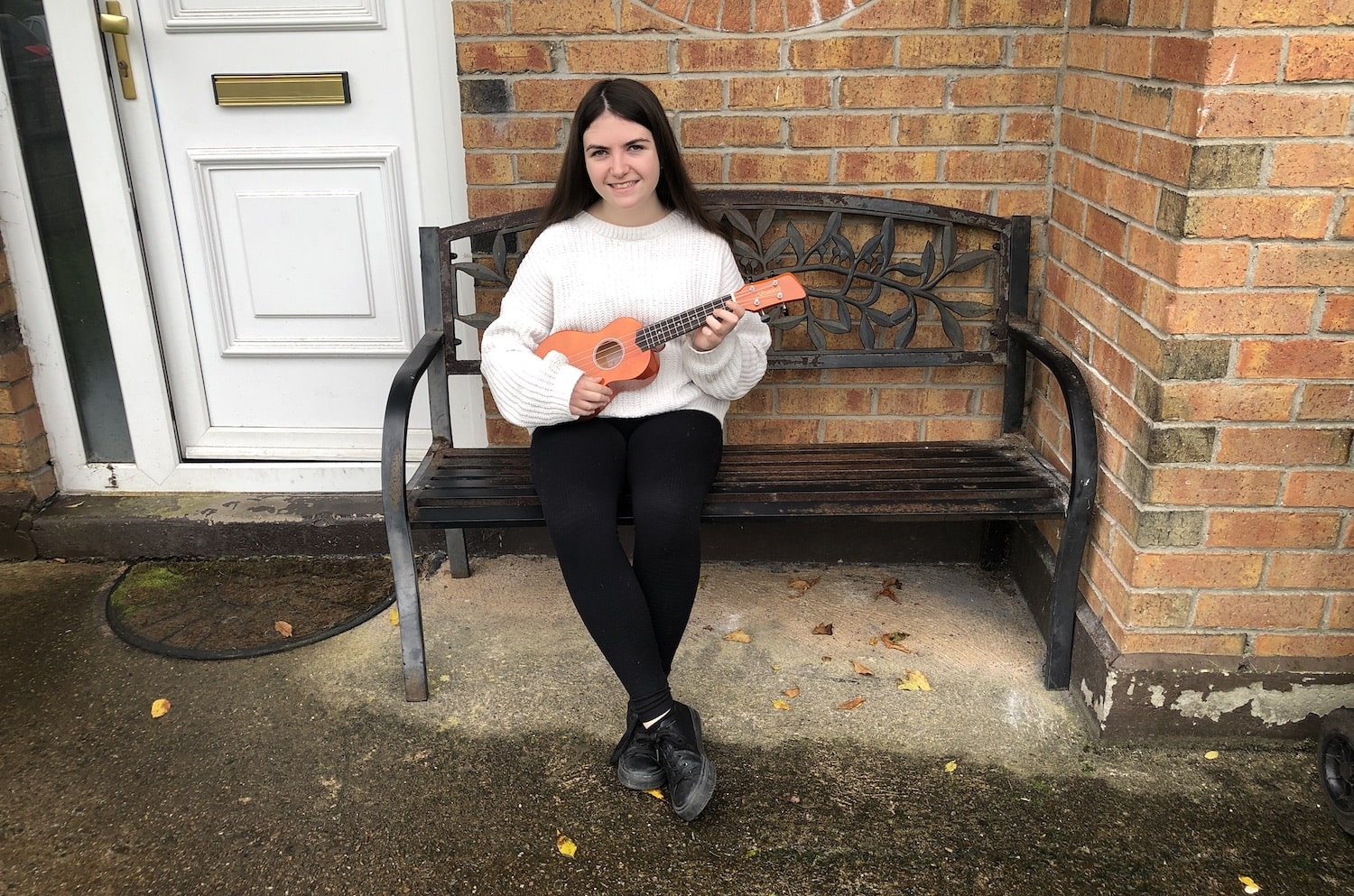 Katie Forde Downes is a 15-year-old singer/songwriter from Limerick City who began posting her original songs and covers on Instagram during the first lockdown.

“It has been amazing to share my music online and show people what I’ve been working on, it has been such a positive experience, I have lots of supportive friends and family,” Katie said.

The talented young Limerick girl wrote her first song this summer, called ‘Never Be Forgotten,’ which explores the feeling of grief after losing someone you love.

She brought her song to the students and teachers who helped her with some finishing touches, and then together they created a beautiful melody to go along with the song.

Joanne Forde, Katie’s mother, said, “I am very proud of Katie. I absolutely love her original songs. I think for a person of such a young age, her songs are ahead of her time, especially ‘Never Be Forgotten.’ I think it’s great that she has such a fantastic relationship with music, I feel singing/songwriting, just music in general, is such a great outlet for kids and adults too.”

The singer/songwriter has many musical influences such as Adele, Ed Sheeran, Westlife, Whitney Houston, The Cranberries, Dermot Kennedy, and many other Irish artists. She also has a love for traditional Irish music.

“I love that she has grown up influenced by some of the music me and her dad, Shane, listen to, so she enjoys a lot of old-school music as well as more modern stuff,” Joanne said.

Katie is currently working on an original song with her friend about feeling confident, which they are putting the final touches on.

“I’m also working on another solo original song which is still in the early stages,” she revealed.

She is also learning how to play the ukulele and piano, as well as attending singing lessons.

Katie’s love of singing began from a young age, as her mother, Joanne, would always sing, and Katie began singing with her.

“My passion for singing grew more prevalent after I joined the Frontline Stage School when I was 6 years old, and I got a taste of dancing, acting, and singing in front of an audience,” Katie explained.

She has taken part in many musical shows over the years with Frontline Stage School, some of which include the Lion King, Peter Pan, Once on this Island and many more.

Joanne said, “I love attending her shows. We always support her in any way we can and I’m always the first to hear her songs which is great.”

Members of the Frontline Stage School also got to sing alongside Jason Donovan at his concert at UL, which was a fantastic opportunity for Katie.

Katie hopes to be an established songwriter and continue singing locally as well as continue with musical theatre. She wants to be a teacher once she has finished school, and incorporate music into her role.

She has taken part in some fantastic school musical productions including Beauty and the Beast and Little Shop of Horrors as well as being a member of her school choir.

She is hoping to perform at events in the near future, and she is planning on being involved in a few musicals in the upcoming months as well as a gig in the city centre, but details are yet to be decided.

Make sure to follow this talented young Limerick girl on Instagram @katiefdmusicx to listen to her amazing voice and hear her beautiful original songs.

For more about the Frontline Stage School go HERE

Related Topics:katie forde downes
Up Next