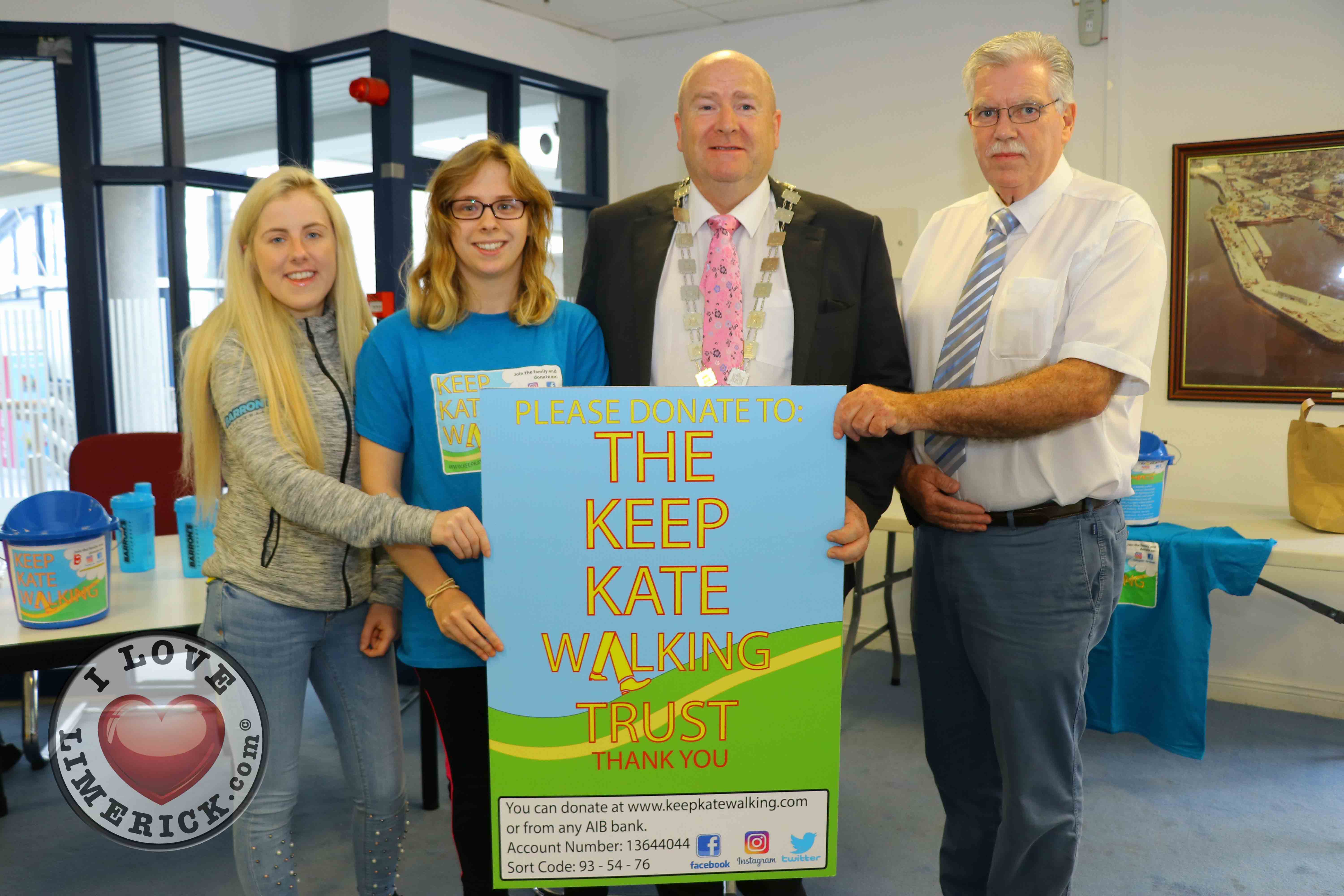 Speaking at the coffee morning in aid of Keep Kate Walking, Mayor Sean Lynch said, ”This morning is all about the awareness, as well as the fundraising. That’s why we have people from different disciplines and different businesses here because we need to get the word out. The sooner Kate has this operation, the better”.

Speaking about Kate at the coffee morning of Keep Kate Walking, Kate’s sister Mary O’Sullivan said, “Growing up, we had a lot of fun. We never saw her disability as something to be ashamed about and never interfered with her”.

“It’s an appeal for the public to help. We are doing great so far. We are at €70,000 now and the public has been fantastic”

Kate O’Sullivan was diagnosed with Spastic Diplegia Cerebral Palsy at the age of two after her parents noticed she was pulling herself around using her upper body strength rather than crawling. This physical disability causes the muscles in both legs to be constantly tight, causing pain and difficulty in moving them, as well as causing the affected person to develop deformities in their lower limbs and abnormal walking patterns.

Kate O’Sullivan has recently graduated from UCC with an honours degree in Chemistry with Forensic Science and is hoping to go on to study a postgraduate degree in Forensic Science. However, without surgery, this will not be possible.

The surgery Kate requires is called Selective Dorsal Rhizotomy (SDR) and will be performed at St. Louis Children’s Hospital in the United States in August 2018. This surgery will be hugely life-changing for Kate as it will permanently reduce the stiffness in both of Kate’s legs, as well as any pain she may be experiencing. It will also prevent further deterioration of her leg muscles, enabling Kate to walk normally for the rest of her life.