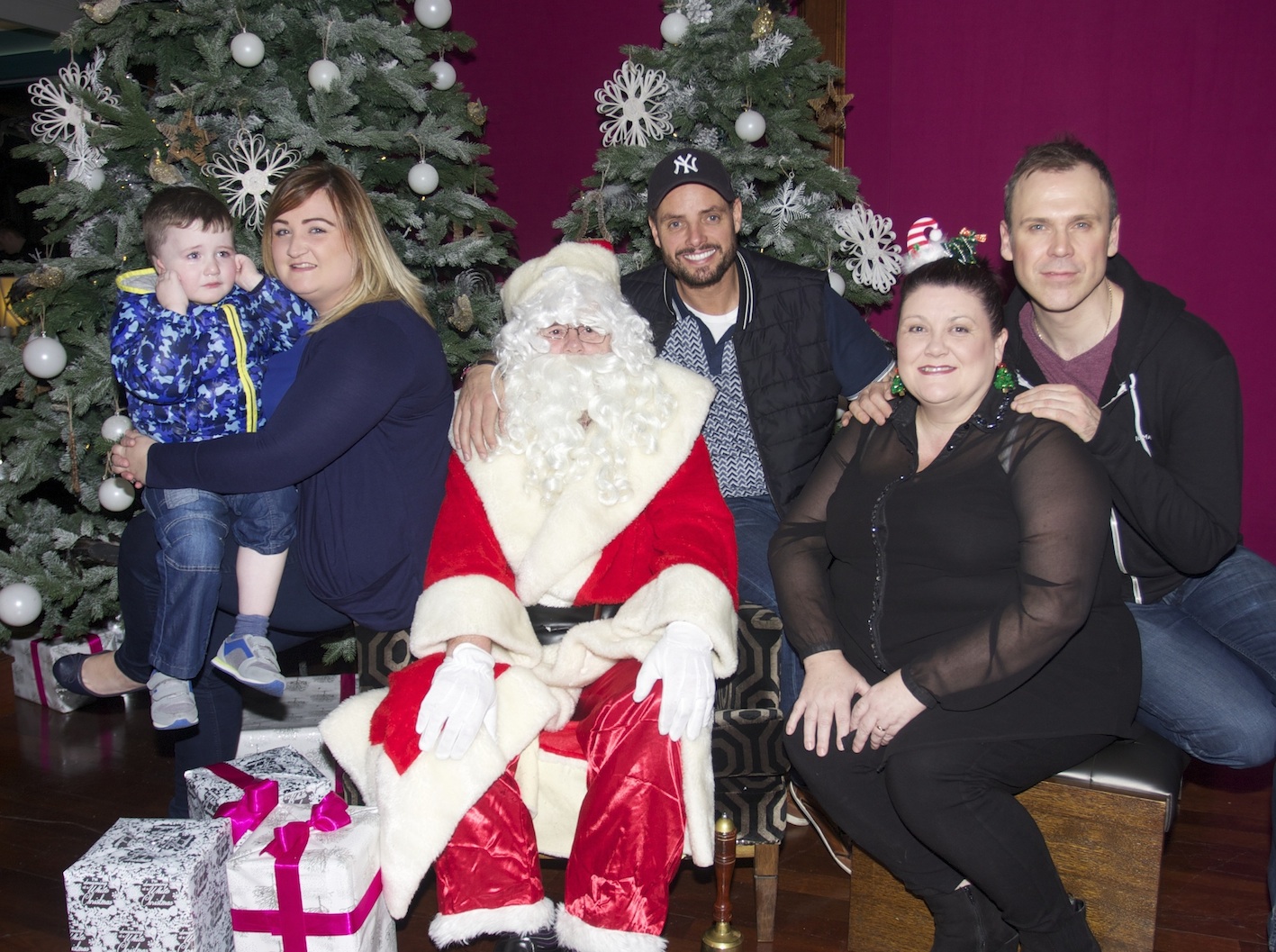 Keith Duffy visits St Munchins Community Centre as part of his work with The Keith Duffy Foundation. The community centre is holding a Children with Autism Christmas Grotto 2015 with Santa Claus himself meeting and greeting children.

Keith, who is appearing in this year’s UCH Pantomime Sleeping Beauty until January 3 will be visiting the centre from 5pm alongside myself and fellow panto co-stars George McMahon and Leanne Moore.

Speaking at the launch of the event, the Boyzone star expressed his excitement to be helping out on the day, “I was in Limerick all last Christmas and I’m back again this Christmas. It’s important for me to make sure that people realise that I’m supporting whatever they’re doing involving autism and to get an opportunity to go meet all the kids and say hello is great.”

Manager of St Munchin’s Community Centre, Linda Ledger, decided to organise the Christmas grotto with her sister Marie for two very simple reasons, “my nephew Adam was diagnosed with Autism and we didn’t realise that there was no Santa in Limerick for children with autism”.

Marie Gilligan Stokes, whose son Adam (4) was diagnosed with autism is actively involved in collecting unused mobile phones as part of an Irish Autism Action appeal. The appeal grants iPads to children with autism to help with communication.

When Marie first began the appeal she never expected the kind generosity that she received, “A gentleman from America who heard of our appeal sent over a cheque anonymously to pay for the iPad. Before we knew it within 13 days we had nearly 800 odd phones so we had enough to get two more iPads. We got one for Adam and donated the other two to local intervention centres in Limerick. The phones just kept coming so as long as they keep coming we’ll keep donating them. So far now we’ve donated 5 iPads.” Unused mobile phones can be dropped into the collection point at St Munchin’s Community Centre.

The Keith Duffy Foundation is working to raise funds for a number of children’s charities throughout Ireland and charities in Limerick will not be forgotten. Keith tells me,  “I’m going to come back next year to hopefully be involved in a black tie fundraising ball and I want to find out what’s going and in Limerick and find out how I can help.”

While the Christmas grotto is being held specifically for children with autism, St. Munchin’s Community Centre would like to welcome everyone to come and meet Keith from 5pm.

To find out about Keith’s Foundation visit www.KeithDuffyFoundation.ie.
You can also read more about St Munchins Community Centre right here!

Photos by Jonathan Baynes for I Love Limerick. All rights reserved.