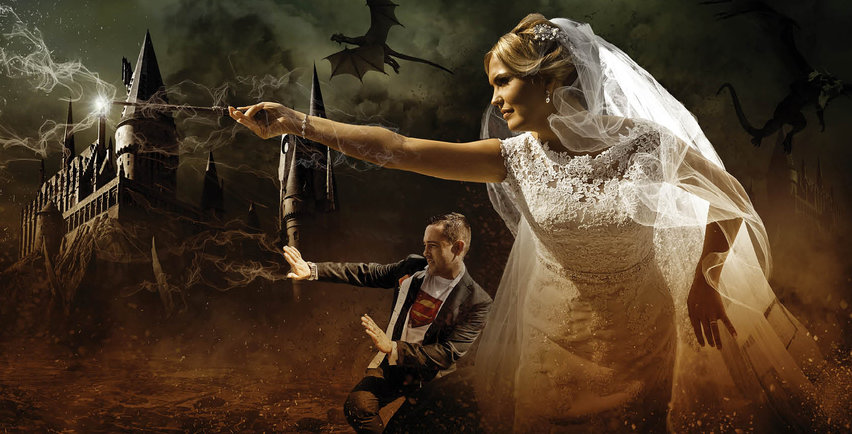 Pictured is an example of the amazing work from Ken Coleman.

Ken Coleman, a 36 year-old digital artist from Lisnagry, has announced his new project “Fantastic Portraits” which is all about tapping into everyone’s inner child according to Ken. He has been creating digital art, photography and design in Limerick for over ten years.

The project’s idea is to recreate portraits taken of individuals and changing the background and outfits into whatever they desire. This range from Game of Thrones styled wedding photographs to children getting to become their favourite superhero from a Marvel or DC comic

“The main idea is to have something unique to offer people in terms of family and kids portraits.” Ken says. The Process involves images taken against a green screen and the subject being turned into whatever they would like whether it is a pop culture hero or something personal.

The idea came to Ken Coleman from a trip to San Diego Comic Con in 2009 and seeing how the Costume Play (Cosplay) has become a massive trend. “Gone are the days in the late 80s wearing a cheap mask and a black plastic bag!” Ken said.

Recently, Ken creating images for the Cranberries to help promote their European Tour this year and also being Curators Choice for the Hunt Museum and had his work displayed in the venue in June.

Ken Coleman’s work uses photography and mixes that with 3D digital art to create surreal fantasy imagery. He has worked on a variety of different projects throughout the years from album covers to editorial illustrations.

Ken will be available to do ‘Fantastic Portraits’ at Dublin Comic Con this weekend on August 6 and 7. So be sure to drop by and find him and get a portrait that is out of this world!

Below is a video of Ken at San Diego Comic Con in 2009. He was doing photos with people dressed as the predators where he got the ‘Fantastic Portraits’ idea originally. One of the men who was in cosplay is Derek Cosgrave who is also from Lisngary. Derek is now one of the Directors of Dublin Comic Con.

For more news on Limerick artists from I Love Limerick click here.

MIC researchers seek volunteers for new study of stress and its effects.