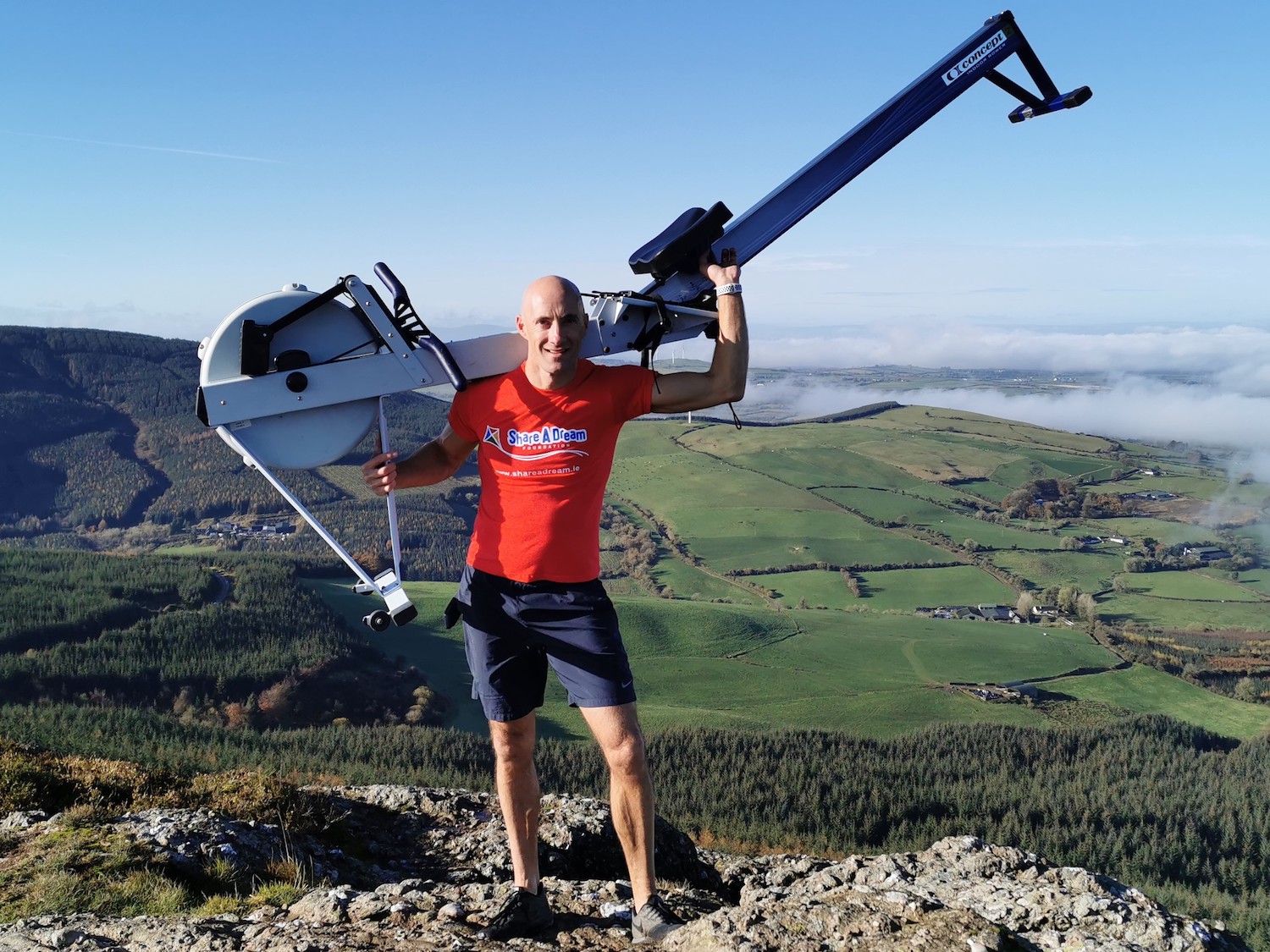 Ken McDonald with his 26kg rowing machine as he climbs Carrauntoohill to raise money for Share a Dream foundation.

Almost €40,000 has been raised for the Share a Dream foundation by a member of the Garda Siochána, Ken McDonald, who over the weekend, carried a 26kg rowing machine up and down Ireland’s tallest mountain, Carrauntoohill, and rowed 10km when he reached the top of the mountain. 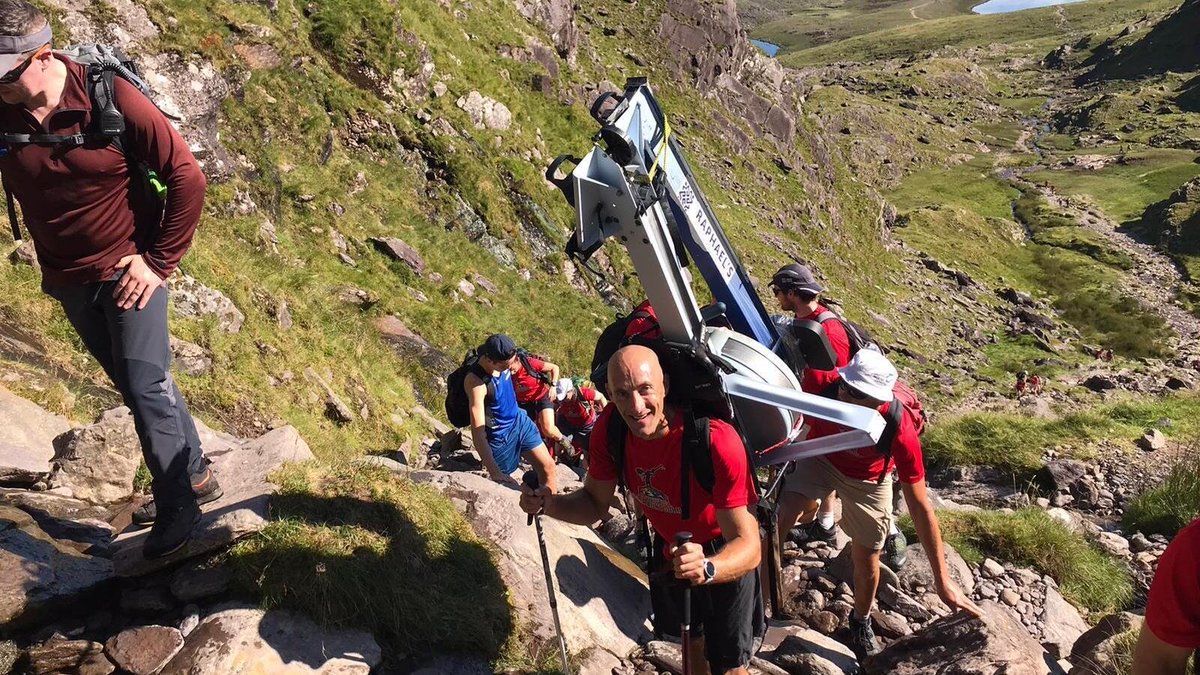 Ken McDonald training to climb with the 26kg rowing machine

Garda Ken McDonald, who is originally from Ashbrook Gardens on the Ennis Road, is a former international rower with eleven Irish senior national championships to his name, as well as five world championship gold medals, two world records, and four national records in rowing.

Ken McDonald is a Garda instructor in Templemore and has been moved back to frontline policing in Birr for the pandemic.

After meeting the founder of Share a dream, Shay Kinsella, who recently passed away on July 25, Garda Ken said he was determined to help the Share a Dream foundation.

The Share a Dream Foundation was established in 1989 in Limerick after Shay Kinsella, originally from Wexford, met a seven-year-old girl with leukemia whose dream was to go to Disneyland.

“Shay Kinsella founded Share a Dream & devoted his life to it until he recently passed away. I am climbing Carrauntoohill with a 26kg rowing machine to help continue Shay’s dream,” Ken said.

The original target for his “Carry up Carrauntoohill” fundraiser was set at €30,000 and Ken is absolutely thrilled to have exceeded that goal.

On Saturday I completed the Carrauntoohill Challenge of taking a 26kg rowing machine up the mountain, rowing 10k and carrying it back down again. One of the happiest and proudest days of my life. Thanks to everyone for their amazing support https://t.co/t6M4oluXLh #rowbehindken pic.twitter.com/HPz9mO9NNj 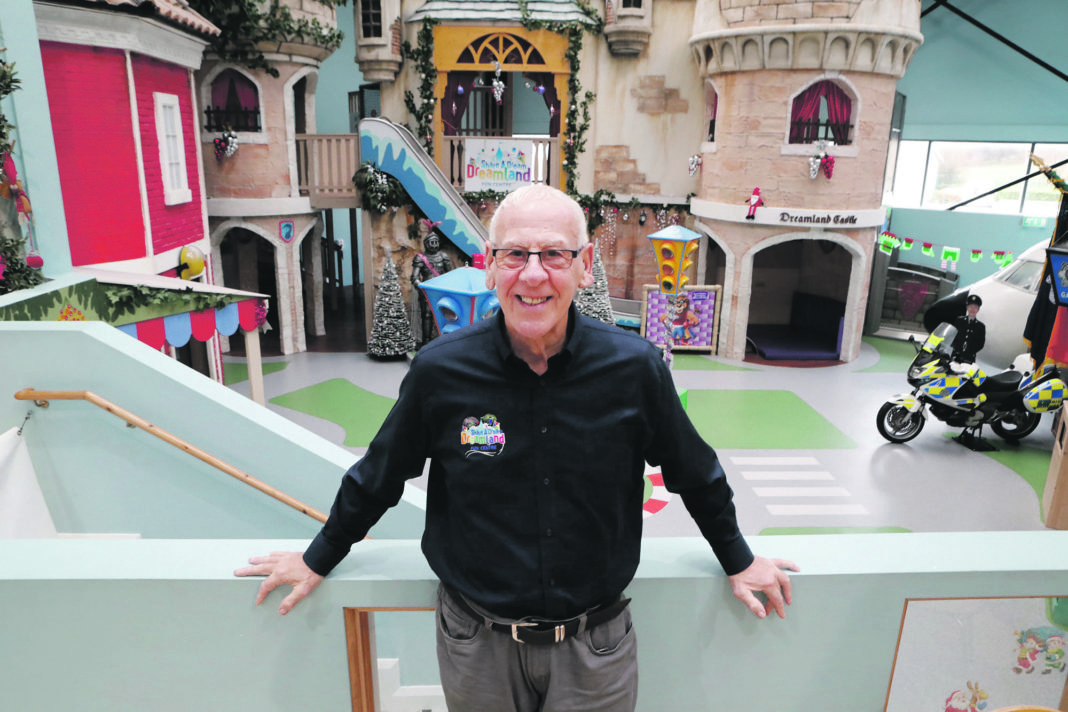 The fundraiser was to cover the cost of repairs to the Share a Dream ‘Dreamland’ play area which was broken into several times last year. The one of a kind fantasy playland on the Dublin Road allows for non-able bodied children to play with their able-bodied siblings and friends. Thousands of euro worth of damage was caused to the facility during these break-ins.

Over the past year, Ken has been helping to build Ireland’s first-ever children’s garda station at the foundation, where children can role-play and act out the job of a garda in a safe environment. The children’s garda station was officially opened in October 2019 by Commissioner Drew Harris and at the event, Ken presented medals and certificates to children who have battled illness for years.

“Once I got to know Share a Dream, I was blown away by their amazing work. Solely relying on the goodwill of the community, they make dreams come true for children fighting life-threatening illnesses,” Ken added.

For more stories on Share A Dream go HERE

Limerick and Proud by Lisa Daly, Chairperson of Limerick Pride

€110,700 for four Limerick Projects under Town and Village Renewal Scheme