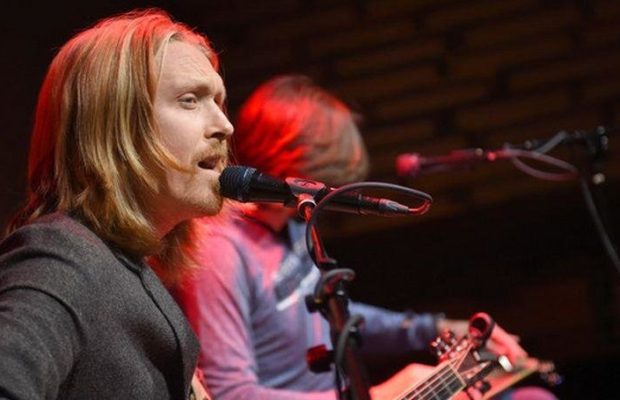 After Dark by the Park, An Eclectic Picnic of monthly Gigs proudly presents Country Americana songwriter Kenny Foster as their featured act on 23rd August for their Open Mic Session at Chez le Fab, supported by Dylan Flynn singer-songwriter from Limerick whose EP ‘Finally’, is an acoustic project showing off his range of styles.

While Kenny Foster isn’t exactly ‘new’ to country music, the momentum behind the unmistakable balladeer’s 2017 release ‘Deep Cuts’ has a host of new fans flocking to the raw grit and brutal honesty of Foster’s remarkably mature, thoughtful and unapologetic songwriting. Lush with real instruments, astute observations and the deconstruction of one man’s head and heart, Foster has built a monument to the American experience that seeks to universalize the specific and embody the very specific ways that we are all very much the same. While the pop-laden sounds of country radio have been trending away from the genre’s organic roots in recent times, Kenny Foster makes a case for preserving the foundations of country music while still allowing it the chance to comment on and even pine over the ever-evolving landscape.

Authentic. Accessible. This timeless collection of songs will echo through the annuls of the story that birthed a great American tradition, and gave words to a nation seeking to reflect its own identity. A welcomed ‘new’ voice may just have us longing for our past, and at the same time, looking ahead at how we will preserve what has always been good, and right, and true.

Kenny Foster has shared the stage with artists including Maren Morris, Kacey Musgraves, Brothers Osborne, Old Dominion, Lady Antebellum, Marc Broussard, Butch Walker, Buddy Miller and countless others, along with multiple appearances at the ACM and CMA music festivals. He has received press in Rolling Stone, the New York Times, Washington Post and Forbes – who referred to him as a ‘country music superstar.’ He has been featured in two Super Bowl commercials with Sheryl Crow and Danica Patrick, respectively, and has appeared in numerous episodes of ABC’S Television’s Network Nashville and had songs placed in ‘Extreme Home Makeover’ and ‘Boston Med’, along with videos featured on national US music channels CMT and GAC.