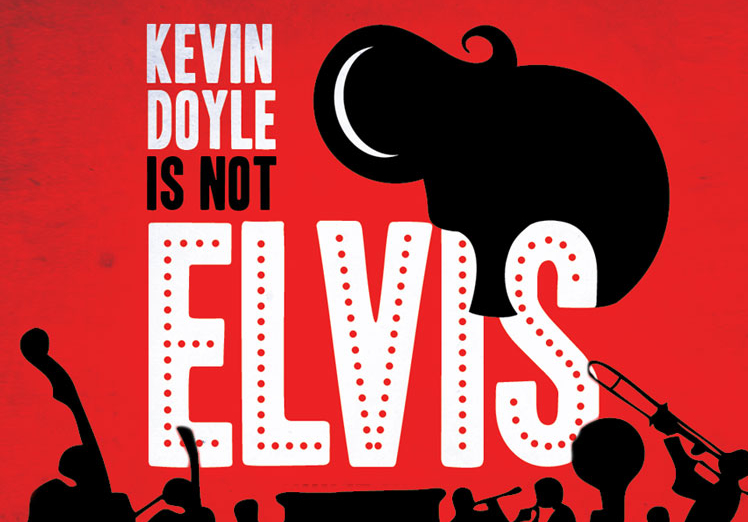 Kevin Doyle Is Not Elvis Comes to Dolan’s on September 30 – It’s the most authentic sounding Elvis show this side of Memphis, endorsed by the King’s very own backing musicians the TCB Band and his original vocal group, the Jordanaires.

Kevin Doyle is not Elvis – A Little Less Conversation

For one night only, Kevin Doyle, Ireland’s leading Elvis performer will perform live with his 12-piece backing band of musicians and singers, The Way it Was Orchestra at Dolan’s Warehouse on September 30.

Kevin Doyle runs a greengrocer in the Dublin suburb of Ballyfermot by day. By night, however, he and a band of fellow musicians play the songs of Elvis to packed crowds across the country.

Over a two-decade career, Kevin and the orchestra have featured in TV specials, and countless sell-out shows at venues around Ireland including Dublin’s Olympia Theatre and Cork Opera House.

It’s the most authentic sounding Elvis show this side of Memphis, endorsed by the King’s very own backing musicians the TCB Band and his original vocal group, the Jordanaires.

In fact, Kevin and co. united the two groups for a unique one-off concert at the 3Arena back in May 2004. As Ray Walker, bass singer with the Jordanaires and friend of Presley, says of Kevin and the show; “Elvis would be proud.”

That band has 15 members, as their show now incorporates a full brass section in order to play all of the King’s hits.

In 1954, Elvis began his singing career with the legendary Sun Records label in Memphis. In late 1955, his recording contract was sold to RCA Victor.

By 1956, he was an international sensation. With a sound and style that uniquely combined his diverse musical influences and blurred and challenged the social and racial barriers of the time, he ushered in a whole new era of American music and popular culture.

His talent, good looks, sensuality, charisma, and good humour endeared him to millions, as did the humility and human kindness he demonstrated throughout his life.

Known the world over by his first name, he is regarded as one of the most important figures of twentieth-century popular culture. Elvis died at his Memphis home, Graceland, on August 16, 1977.

One thing’s for sure: audiences are guaranteed a show packed with all the major hits, from Elvis’ early rock ‘n’ roll breakthrough recordings to his ‘comeback’ TV special in 1968 and the towering live performances of the 1970s.