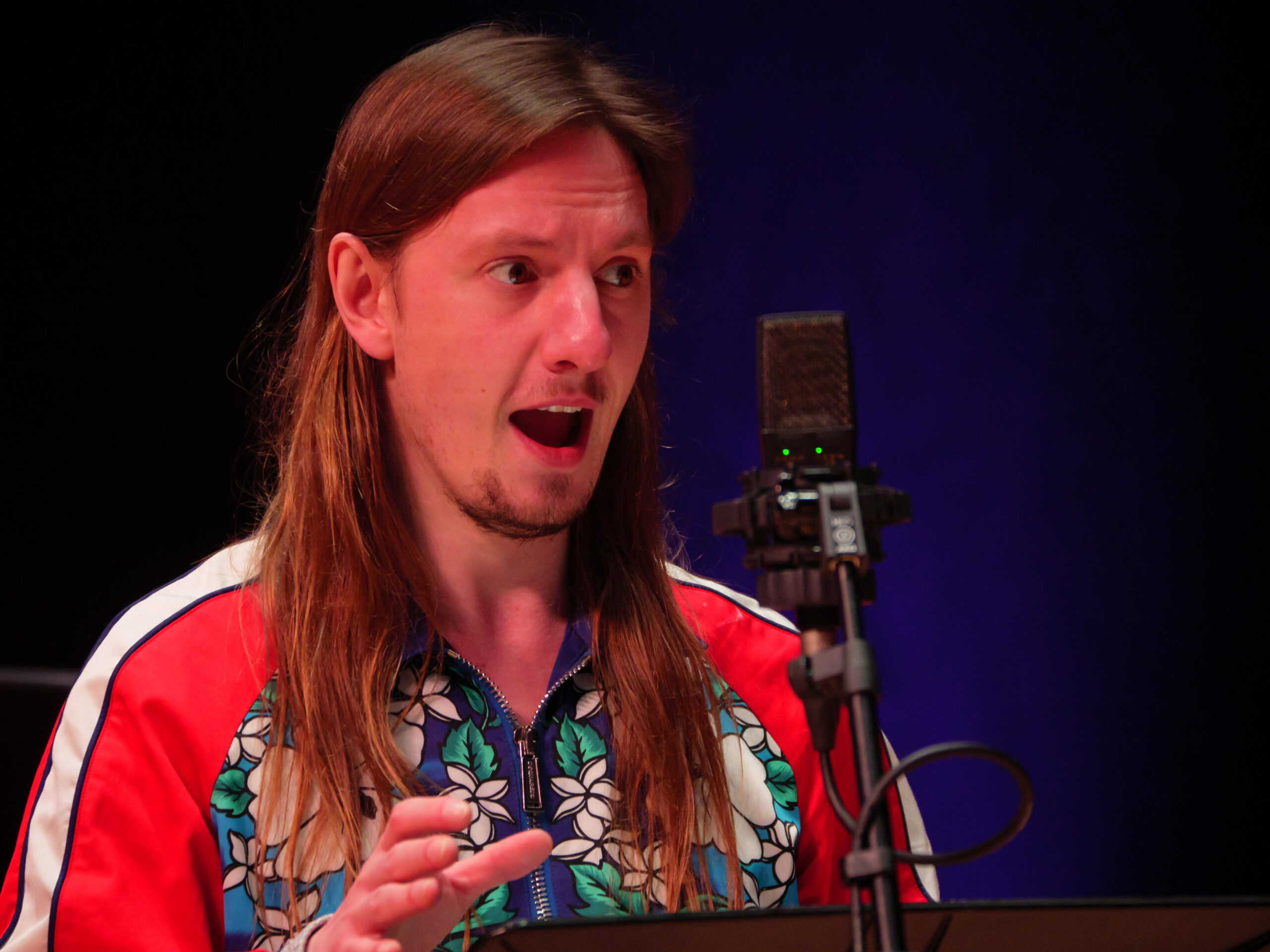 Kevin Neville is a bass from Limerick city where he began his studies with Olive Cowpar. He completed his BA (Hons) in Music and English Literature at Trinity College Dublin and his MMus with First Class Honours under the tutelage of Emmanuel Lawler at the Conservatory of Music and Drama D.I.T. where he was awarded the Conservatory Gold Medal. He now studies with Kathryn Harries. Kevin Neville has won numerous competitions for opera, lieder, oratorio, sacred song, art song and musical theatre at Feis Ceoil Dublin, Feis Ceoil Sligo, Féile Luimní (Limerick) and Feis Maitiú (Cork). Some major prizes include the Senior Vocal Bursary 2016 in Limerick, the Capuchin Cup & Bursary in Cork and the Lieder Prize in Dublin.

I grew up in Corbally and my childhood was up and down. I was bullied a lot for being gay before I knew what it even meant, and, as an only child, I didn’t have the defence of siblings. Music and dance was always the escape. I did Irish dancing, traditional tin whistle and flute, classical flute, violin, piano and a short experiment with clarinet in transition year but singing was always my first love. I was always singing, I think I drove my parents crazy in the car on long drives singing along to the same tapes over and over! Thank god parents now have Spotify! I was also obsessed with Michael Flatley and constantly dancing around the living room to Riverdance, Lord of the Dance and Feet of Flames.

Where does your love for music come from?

I think I was born with it. My mum always said that I would kick in the womb like I was dancing when she played Mozart or Michael Jackson. My parents loved classical music as well as pop so I grew up listening to classical records and pop like Michael Jackson, Cat Stevens and Tracy Chapman. I think it was just there from the beginning.

Who inspires you the most?

That’s an impossible question. I have such an eclectic taste in music and I find so many people inspiring. When it comes to opera, I love Dimitri Hovorostovsky (RIP) for his voice which is so mellifluous but then I also love Bryn Terfel who is so full of character and made me laugh my ass off at the colosseum doing Sweeney Todd with Emma Thompson. I also love when people are a bit weird or different. Tarja Turunen combines classical with rock/metal but it’s still driven by melody and I love that. I was introduced to Nightwish by a friend at 14 and I was mesmerised; her solo career has been so interesting to me too. I also love bands like Kamelot, Linkin Park, Epica and Evanescence. Pop intrigues me because it reacts so quickly to society and artists like Lady Gaga, Beyoncé and Sia really pull me in. Melody driven and socially engaging music is probably what inspires me most regardless of genre.

Have there been any challenges in getting to where you are today?

Definitely, I think as an openly gay singer, people casting operas see you a certain way and often don’t even give you the opportunity to audition for parts because they can’t see you butch it up or be as boisterous as some of your colleagues. I feel like I’ve hit a bit of a glass ceiling the last couple of years in Ireland and the only way up, is to create new material which is why I’ve turned even more towards contemporary opera. I‘m really interested in creating new characters and material for people like me. I want to pave the way for others like me.

What is your biggest accomplishment so far?

Oh I really don’t know… It was great to debut at Blackwater Valley Opera Festival in Balfe’s The Sleeping Queen, which is an operetta by an Irish composer. (I’m quite passionate about under- appreciated Irish composers) It had such a positive reception and great reviews but artistically, I have never felt more excited or fulfilled than being a part of the creation of No. 2 Pery Square by Fiona Linnane. The whole process was so different and interesting. I’m excited about what could happen with it. There are so many possibilities. I think it’s something very unique. It’s gone from a small local production in a small venue to being a virtual reality project and a project with the potential to tour internationally. AND the music is something I enjoy singing which is not the case with all contemporary opera.

Do you have any exciting projects coming up?

Yes! I’m heading to London soon to do another opera in development called The Hive. I’ll be playing Dr. George which is funny because my character’s name in No. 2 Pery Square is George de la Hare based on the artist St. George Hare. After that, I’m going to do another project in London called 1936:Fishing. I’m super excited about this because it’s the first gay character for which I have ever had the opportunity to sing. Without giving the plot away, there are ties to Oscar Wilde who is one of my favourite authors.

What was your experience like winning the Senior Vocal Bursary 2016?

It was great! It’s the only time Féile Luimní has done a bursary of that size, and at the time, I had received a scholarship to attend a summer opera studio in Germany, but, still needed more funding so I greatly appreciated it. It was very helpful.

Do you have any advice for someone who wants to get into music?

Learn German. When I was in first year of secondary school, I had the opportunity to try out classes and I hated German because the guttural sounds reminded me so much of Irish which I was taught so badly at school and despised. We had to do French and I thought it sounded so much nicer, ‘so why bother with German?’. However, Germany probably has more opera houses and concert halls than the rest of the world combined. For a sustainable career, I think you have to work there at least part time so… LEARN GERMAN!!

Where do you see yourself in 5 years’ time?

I was asked this question in an audition last year during the pandemic and I was quite literally speechless. I thought, what the hell? I can barely plan next week right now! I just lost my apartment, multiple contracts, are you for real?! I think plans are ridiculous in this industry. A very small percentage of people who make plans, achieve any of those goals. For me, it’s really important to be open to new experiences and see what comes your way. It won’t always be exactly where you see yourself, but maybe it will bring you another step closer to where you want to be and broaden your perspective. That sounds a bit #hippy but… hey, what’cha gonna do?

Probably the river. I bought a kayak last year (I used to do a lot of sailing, kayaking and surfing as a teenager so COVID brought me back to that). Since I’m in Corbally, I’m a short strut away from the Shannon. I think it looks great in the city too. There’s been some effort to improve the aesthetic of the lighting along The Hunt Museum and King John’s Castle for instance and I love it. I just love the water.

For more information about the Limerick Opera Festival go HERE

Related Topics:10 QuestionsKevin Neville
Up Next