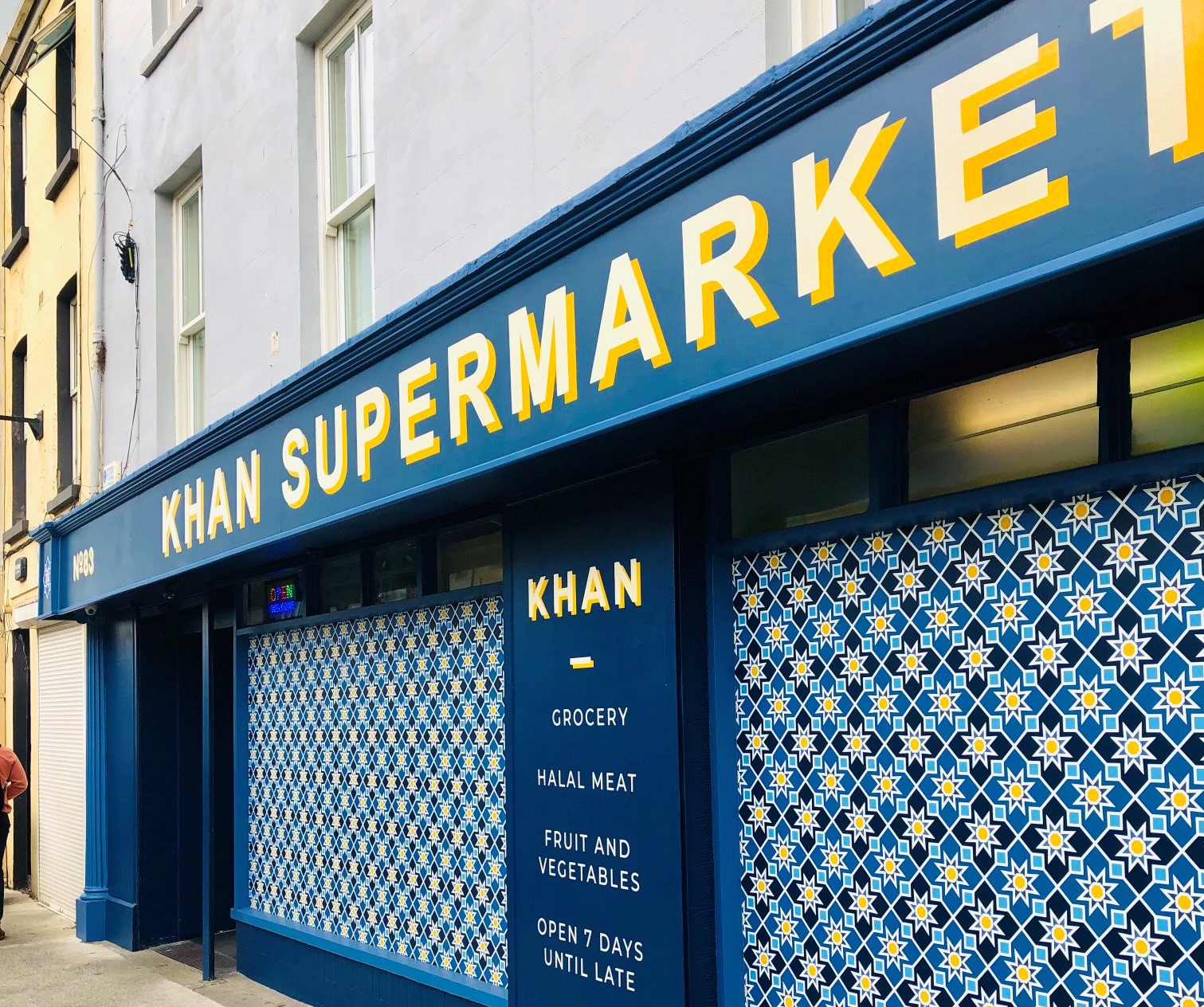 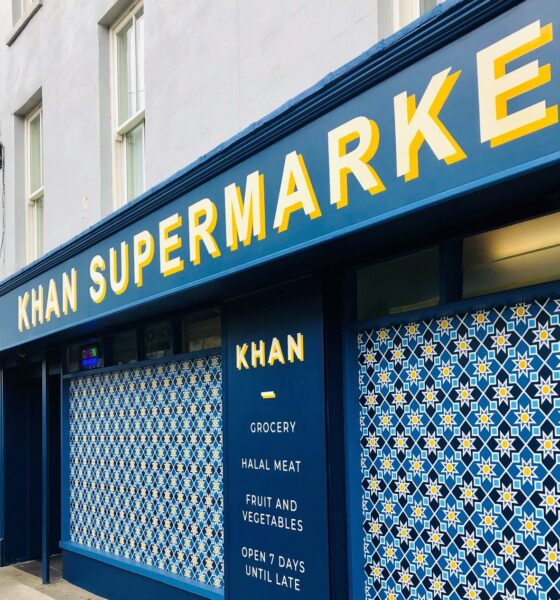 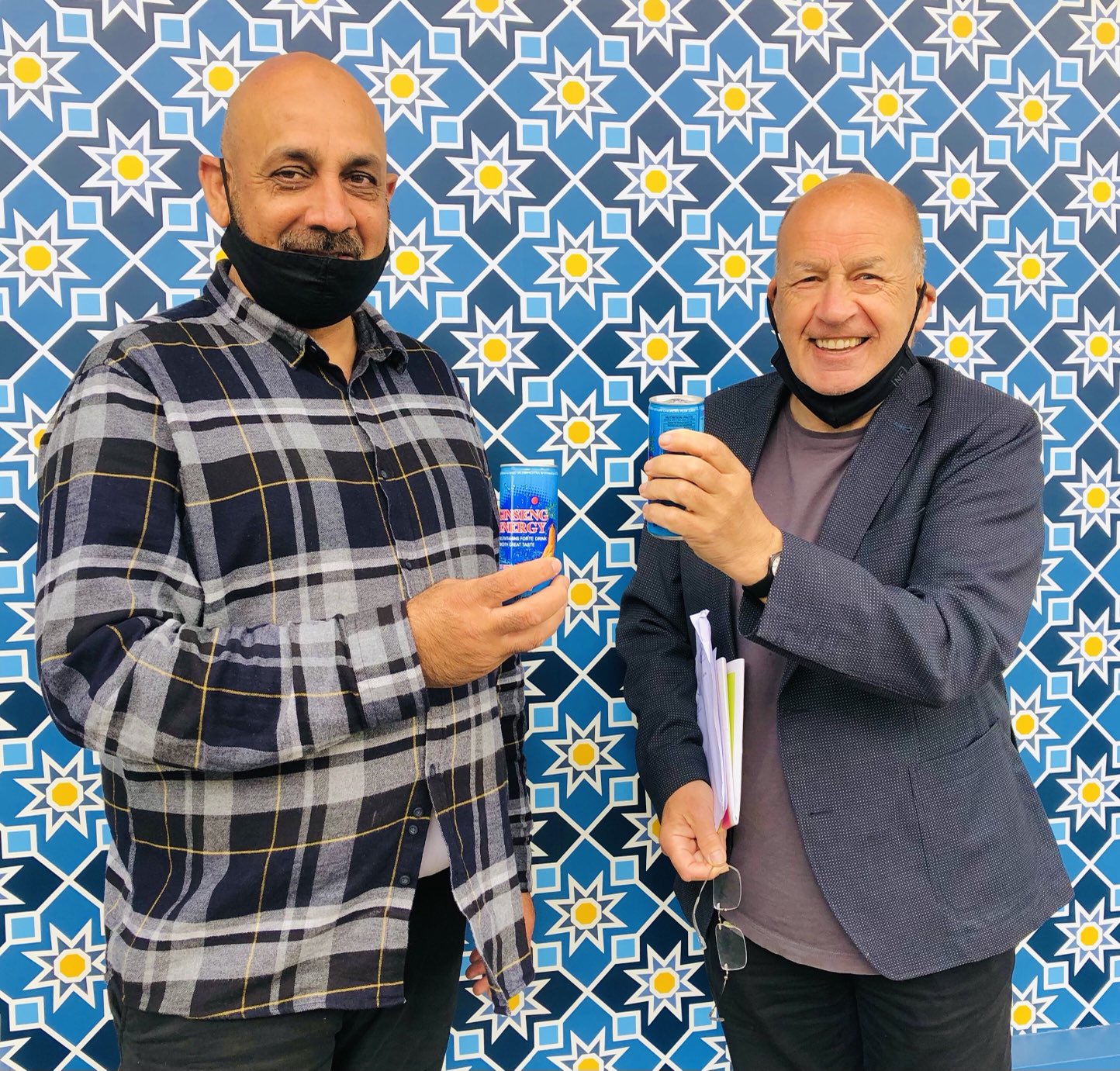 Hodkinson and Sons is an Ecclesiastical Decorator on Henry Street and their craft focuses on decorating, preserving and renovating churches around the country.

The generous decorating company gave their neighbour and owner of Khan Supermarket Raqibullah Hamadi something to look proud of as his shop has now been transformed and modernised.

The landlord of this amazing shop reached out to the decorating company which later led to this amazing transformation. The owners are over the moon with this transformation and are delighted with the positive attention the shop has received.

Speaking on the transformation Nicole Dunphy, owner of the building took to social media to express her emotions and wrote, “This is my Dad’s old shop on Henry Street. He build the most

stunning shop front when he opened John Dunphy Antiques.  It had become a bit run down on my watch I am embarrassed to say… SO it is so exciting to see it being completely rebuilt and rebranded for our current tenant Khan Supermarket. 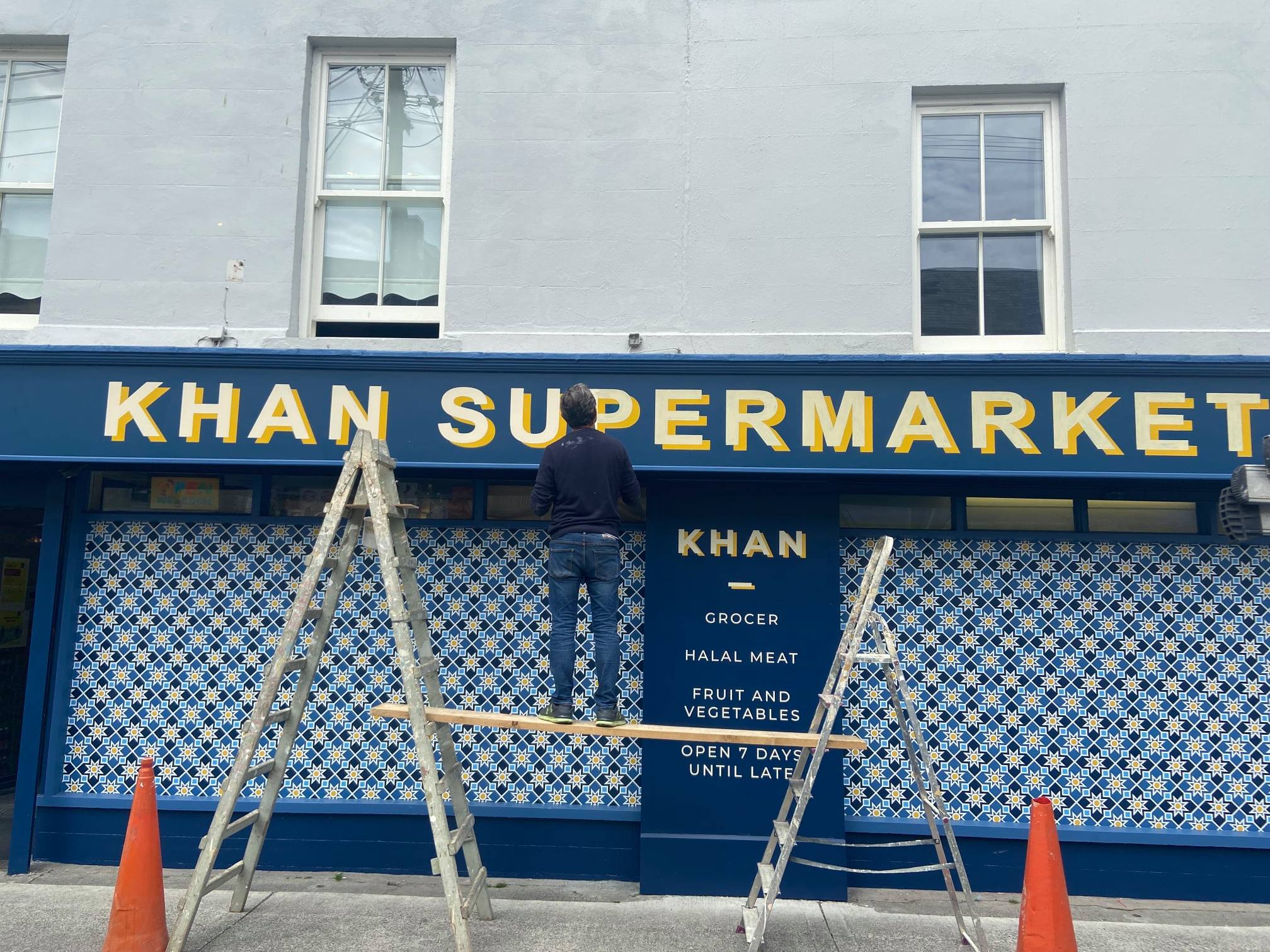 The supermarket during its makeover

I think we have managed to find a way to do an ‘East meets West’ design where our Traditional Irish painted shop fronts can be boldly designed to fit with Arabic style.

So happy I just want to get a deckchair and sit on the street and look at it all day. Such beautiful work from Randal Hodkinson.”

The generous decorating company themselves date back to 1852 where the firm was first established by James Hodkinson, who, according to the firm’s fiftieth anniversary brochure had ‘studied under the famous Pugin’.

By the time of the fiftieth anniversary he had been joined by his sons, Louis, who had trained at the Royal College of Art in London, and Henry. The firm, which is still (2004) carried on in Limerick by Aubrey and Malcolm Hodkinson, has decorated churches throughout Ireland and also in England and Scotland, for over one hundred and fifty years.

All of us at I love Limerick wish owner Owner Qais Hamadi the very best of luck with his now transformed shop!

For more information on the decorating companies’ other projects go HERE

He retired in the '80s and sold the premises to John Dunphy , who ran an Antique shop here for many years.
John let it out after moving to Sixmilebridge and it reopened as a Spar Shop around 2000. It closed around 2010 and John Dunphy again reopened it as an Antique Shop . pic.twitter.com/UIzZUfXdtI

Related Topics:Khan Supermarket
Up Next