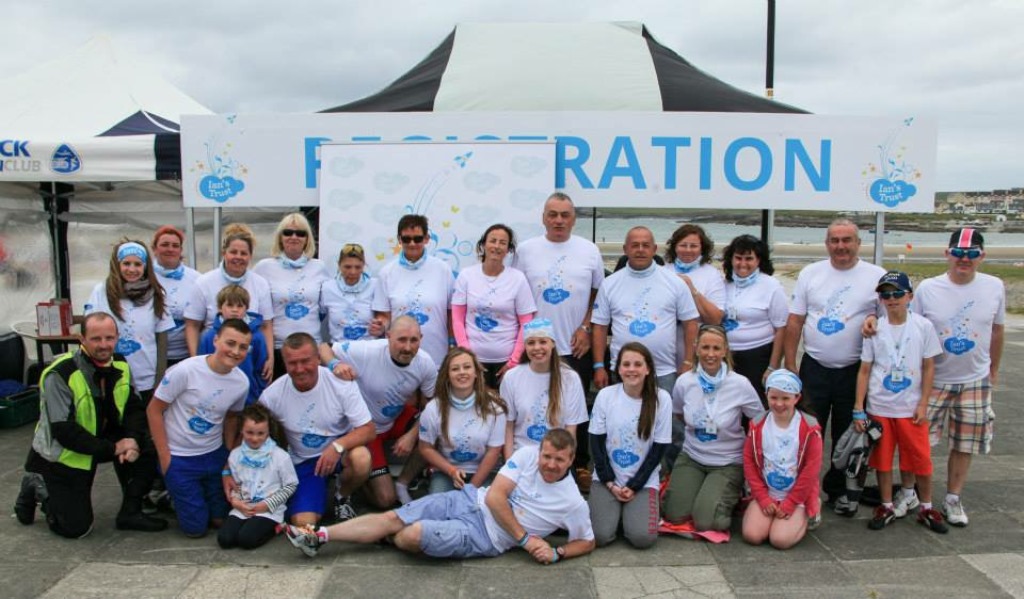 Ians Trust, a charity for children with acquired brain injuries, are holding their 3rd annual ‘To The Moon and Back’ event on Sunday May 31 2015.

Ians Trust was founded by the parents of Ian Cusack, who passed away tragically two years ago, aged 9, due to an acquired brain injury sustained four years previous, when he was struck by a car outside his home in Clarina.

The event is called To The Moon and Back, explained Ian’s mother Oorla Cusack, because she told Ian every day “she loved him to the moon and back”. Mrs Cusack said Ian was an active child who loved swimming and playing on his holidays in Kilkee before the accident.“It’s seven years this year since his accident, he would have been 12 this year. He would have being doing the 10km, he was that type of a child,” she said.

It is a family event for people of all fitness levels and participants can choose between doing a 60 kilometre cycle, a 10 kilometre run or a 5 kilometre walk.

Mrs Cusack said that during the four years Ian lived with an acquired brain injury they had very little support, as Ireland only has acquired brain injury organisation for adults. She explained that the family had to fight for every service they received for Ian after the accident. Ian’s Trust are still very much a local charity trying to support a national problem.

“What we found on our journey with Ian was that the people were fantastic; it was just that we were fighting against the system,” she explained. “I am a nurse myself and I worked in Temple Street. Because I was a nurse I knew the care that he needed, I just kept fighting and we got it eventually,” said Mrs Cusack.

Ian was five when a car hit him outside his home. He had to undergo surgery to relieve the swelling in his brain and was paralysed and unable to speak.

“His last words were at the scene of the accident: ‘Pick me up daddy’, he never ever spoke after that again. “You can let something like this just kill you, but we felt that we wanted to take a positive out of such an awful situation. We have to live our lives and live Ian’s dreams for him. The last thing he would want us to do is to lie down and not get up in the morning,” added Mrs Cusack.

The To the Moon and Back cycle and run takes place Sunday May 31 in Kilkee. All money raised goes directly to families of children with ABI. Most of Ian’s Trust referrals come from Temple Street as it is the national Neurosurgery Centre for children, having supported over 30 families and 10 families in 2015 alone. Two of our children have gone to heaven recently such is the devastation of ABI. Registration is available online at here and at bandstand from 8.30am that day. All events begin and end at bandstand; the 60km cycle begins at 11am, the run at 11.15am and the walk at 11.30am. The cycle is €25 for Cycling Ireland members/€25 for non members. The walk/run is €20. Under 16’s are free.

Photos by ILoveLimerick.com 2015. All Rights Reserved.

An Evening With Judy Collins