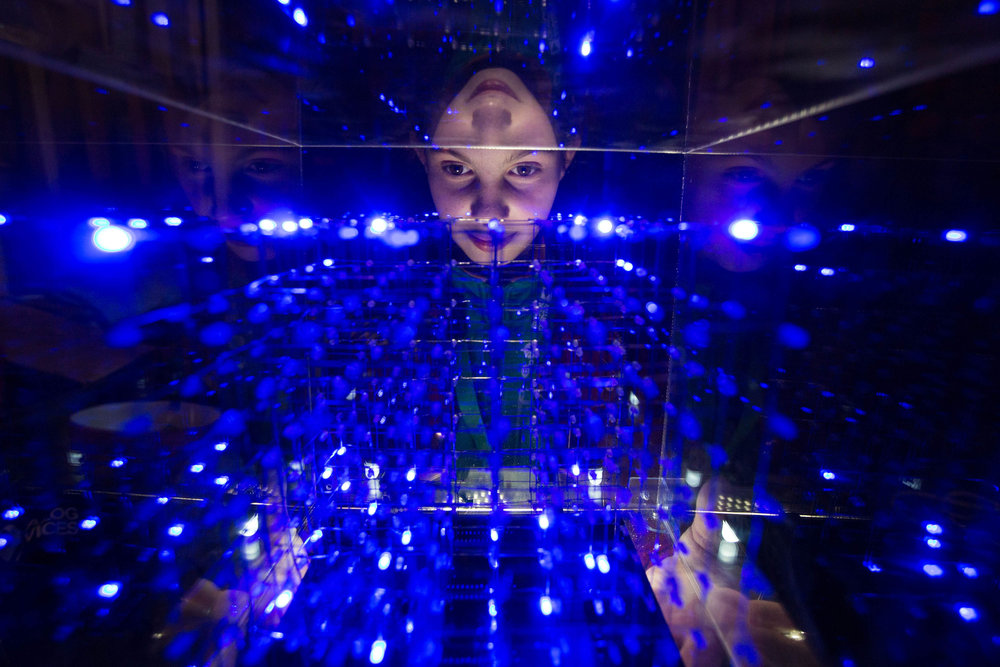 Supported by ON Semiconductor, the competition saw teams of 10-12-year-olds from 30 schools across Limerick city and county pit their rival robots against each other. Parents, family and friends were all in attendance to support the children during the highly competitive finale which saw the teams attempting to force each other’s robots out of a circular ring.

The day-long competition started with an Advanced Robotics Workshop where teams of 3 or 4 students designed and built their own innovative robots for a sumo wrestling style competition. The theme and game objective was only announced during the workshop allowing for the teams to be scored for their teamwork, design and innovation. In the afternoon, each team played 4 matches as part of the pool stages with the top 16 teams going forward to tense and exciting knock-out rounds where the final points were allocated. At the end of the Final, the highest placed team was crowned the overall winners.

The aim of the hugely popular competition is to promote STEM amongst primary schools students by giving them the opportunity to design, build and program their own robots. It encourages teamwork, creativity and facilitates learning STEM principles in a fun environment. Year-on-year Analog Devices has expanded the competition to cater for the demand from schools wishing to participate.

Announcing the winners, Brendan O’Dowd, General Manager, Industrial Automation, Analog Devices, said, “It is great to see such huge interest from schools in this competition. Feedback from past events tells us that students enjoy this early experience of robotics design which gives them a taste of the exciting challenges that a career in engineering could offer. The abilities showed here today in teamwork, problem-solving and robust competition are all skills that will be valued by the business of tomorrow. Based on what I have seen here today our future is in good hands.”

The first stage of the competition started in December when Analog Devices launched the Robotics initiative to all primary schools with more than 120 pupils in the Limerick city/county region.  Registration opened online on 9th January and within 30 minutes all places were filled such is the popularity of the competition.

A full day workshop in robotics, designed for 10-12-year-olds, was then held in each of the 30 schools who successfully registered during January and February.  Through these workshops, almost 900 students were taught the basics of robotics and each student, working in teams, got to design, build and test their own robot. The workshops were hosted by ‘Learn it’ on behalf of Analog Devices. Each team had to build a robot, using Lego Mindstorms technology and compete against each other for the school prize and to represent their school in the 2018 Analog Devices Primary Schools Robotics Final Competition.

John Blake, ON Semiconductors, said, “During recent decades, and especially during the past 10 years, technology has become central to so many parts of our everyday lives, from how we communicate, to entertainment, transport, food production, education, healthcare, and so on. The STEM subjects that everybody has the opportunity to learn at school provide the basic principles behind all of this technology, and this Robotics competition, that ON Semiconductor is delighted to support, provides students with the opportunity to bring to life some real live examples of technology in action.”

A STEM demonstration area was also set-up on the day to allow students to engage with other technologies and talk with engineers from Analog Devices in a fun environment. Students enjoyed playing with electronic fidget spinners and virtual reality headsets, as well as learning how to create 3-D images using a scientific principle known as persistence of vision. They also witnessed how new technology, which can be integrated into our phones, can be used to tell us exactly what we are eating, including just how much grams of fat, sugar or proteins are in the food.

For more stories on The Analog Devices, click here