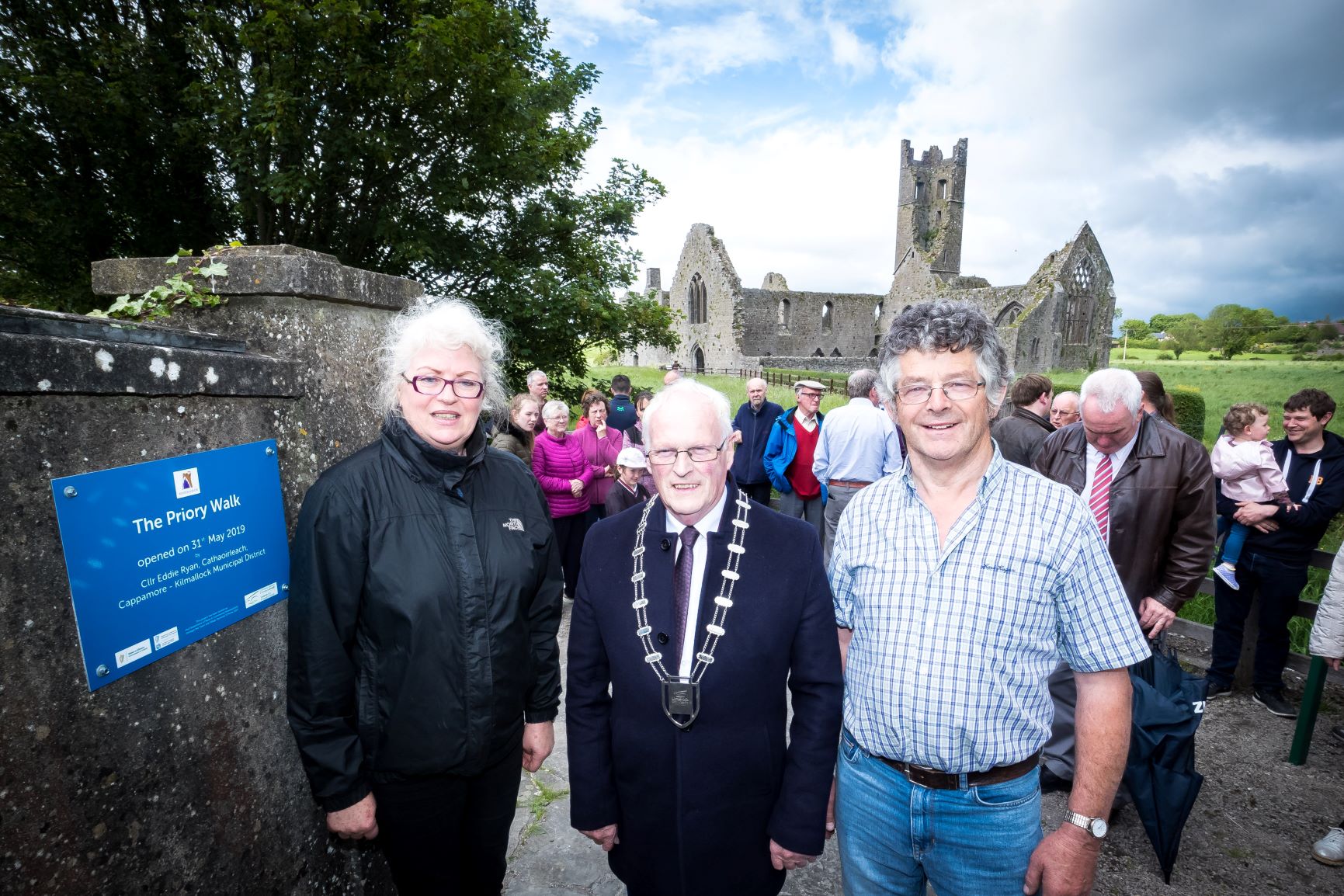 A new mural depicting what life was like on Sheare’s Street Kilmallock (then called High Street) from about 1560A.D. has been unveiled.  The mural paints a view through the arch of Kings Castle, which would have been the route of the street. The reconstruction drawing was completed by Uto Hogerzeil and was funded under the Town and Village Renewal Scheme, in conjunction with Kilmallock Tidy Towns.

The mural is one of two major projects completed in the south Limerick town recently.

The latest in a series of walkways around the historic town has been opened by Municipal Cathaoirleach Cllr Eddie Ryan on Friday 31 May 2019.

The walkway, along the west bank of the Loobagh, has been an aspiration of Limerick City and County Council and the local community for some time.

The walkway has been realised following a successful application made in partnership with Kilmallock Tourism Development Ltd., to the Town & Village Renewal Scheme 2017 (Department of Rural & Community Development) for grant assistance towards the work, which has facilitated this project.

The new walkway stretches for 728m from near the North Bridge along the bank of the River Loobagh, past Scoil Iósaef, to the footbridge leading to the Dominican Priory.

Earlier this year there was a public callout to suggest names for the new walkway and following this ‘The Priory Walk’ was chosen.

The new walkway opens up wonderful views of the Priory, glimpsed through the willow and alders lining the riverbank. At the southern end of the walkway, Scoil Iósaef has kindly donated an additional space where a small park is to be developed. The park can be used to enjoy the view and rest in the sunshine.

Additional capital works will also be carried out during 2019, with the assistance of a grant funding from the Irish Walled Towns Network (the Heritage Council) to consolidate the section of town wall in the park.

The official opening of the walk and mural coincides with the 2019 Irish Walled Towns Network Annual Conference & AGM, which is being hosted by Kilmallock at Deebert House Hotel on Friday 31 May 2019.

Related Topics:historyKilmallockMuralpriory walkway
Up Next