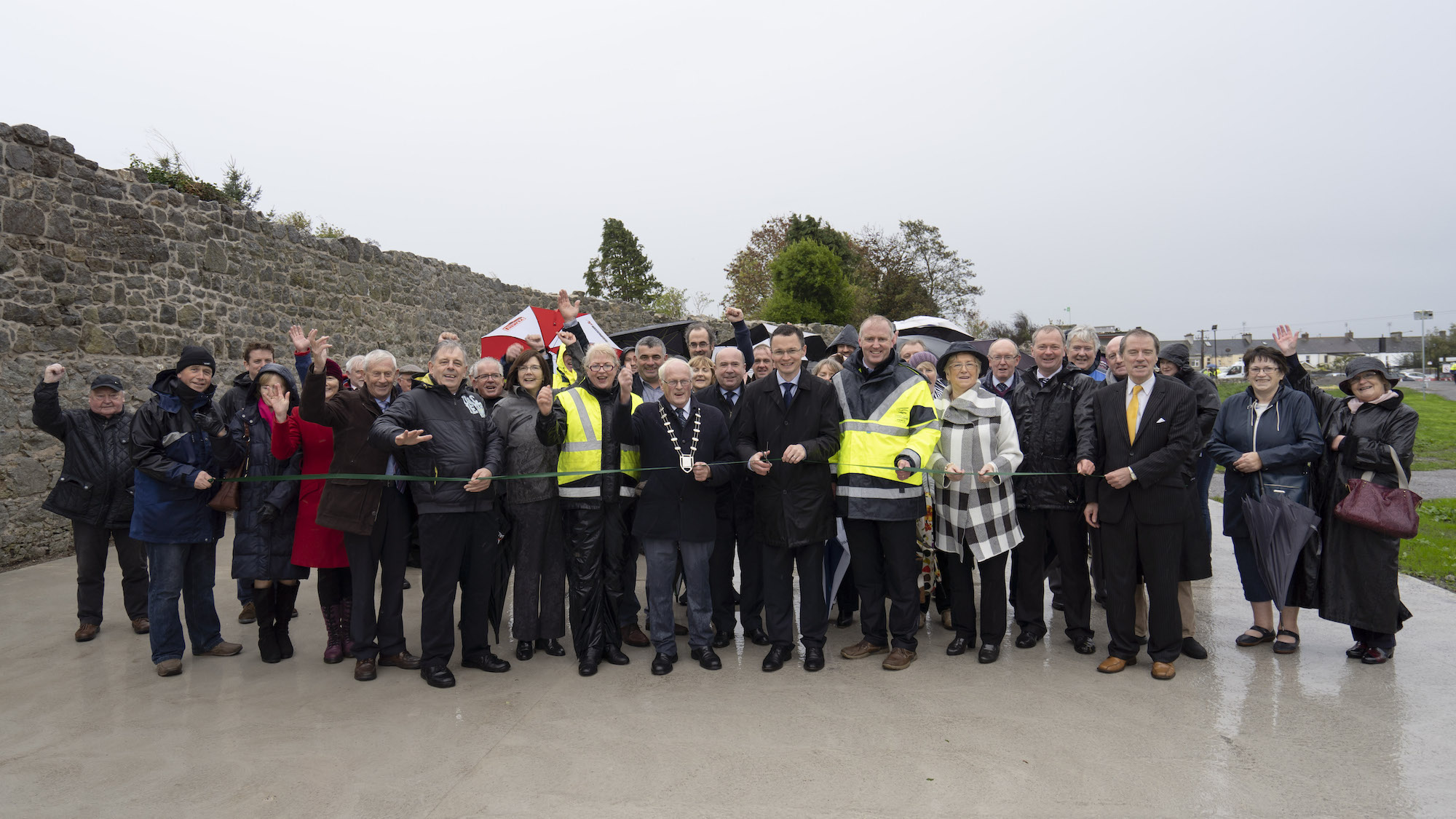 Cathaoirleach of the Cappamore-Kilmallock Municipal District Cllr Eddie Ryan and Minister of State at the Department of Finance and Public Expenditure and Reform Patrick O’Donovan TD who performed the official openings of The West Wall Walkway and The New Footbridge in Kilmallock.  Pic: Don Moloney

Kilmallock’s rich and unique heritage has been recognised with three separate organisations shortlisting the West Walls Walkway project in the town for awards.

Following the completion of the Kilmallock West Wall Walkway project, parts of the historic town wall became visible again for the first time in generations.

Limerick City and County Council lead the project to conserve more than 500 metres of the West Wall and create a walkway along the route, allowing locals and visitors alike to experience the wall for the first time, as up until now as the wall had been on private property.

The project has now been shortlisted for three awards:

Other projects shortlisted for the Irish Building and Design Awards include:

Kilmallock’s rich and unique heritage has been recognised with three separate organisations shortlisting the West Walls Walkway project in the town for awards!

The Awards highlight the important work that is carried out by local authorities for the benefit of local communities.

Sean Coughlan, Deputy Chief Executive of Limerick City and County Council and the Director responsible for the Cappamore-Kilmallock Municipal District said, “The shortlisting for all these awards showcase the range and depth of the work that the Council does. We work in partnership with communities to unearth and realise the potential in projects and we work together to achieve this. They are a fantastic sign of the commitment shown by our staff and the vision and confidence of the elected members to support these projects.

“In particular I’m delighted that the Kilmallock West Wall Project is in the running for several awards. As the director responsible for the municipal district, I was involved with the project from the start and know the commitment and hard work all those involved put in to ensure the project was a success,” he added.

Related Topics:KilmallockLimerick City and County Council
Up Next