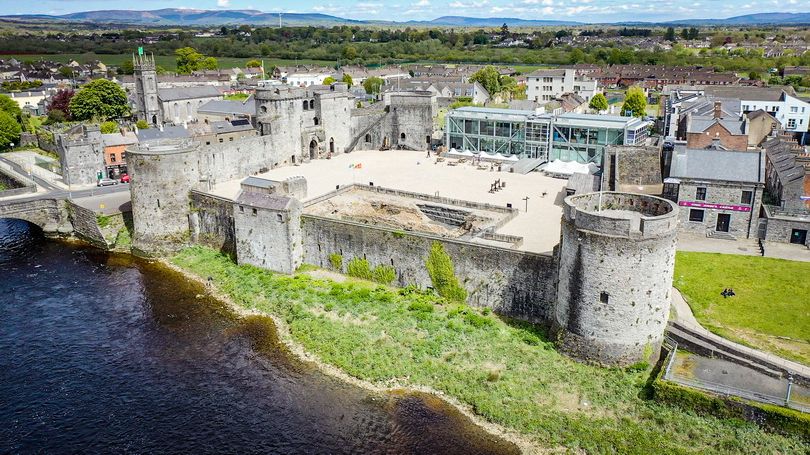 King John castles name has a rich and complex history, according to historian Joseph Lennon

Many are calling for the castle’s name to be changed to Limerick Castle as they believe this would be beneficial for tourism purposes.

2022 is set to be a big year for King John’s Castle as it plans to not only get new custodians but also ramp up its opening hours.

However, did you know that there is a deep history behind King Johns Castles name?

Local historian Joseph Lennon has conducted hours and hours of research on the landmark since 2018 and discovered that the castle was called many different names throughout the ages.

In a 4 page article for the winter edition of the Old Limerick Journal, which is available to purchase now, the historian reveals that the castle has been known as the King’s Castle at Limerick, the Constable of Limerick Castle, and Limerick Castle.

It was discovered that the first mention of the castle being referred to as King John’s Castle was in John Ferrar’s 1787 book ‘The History of Limerick,’ over half a century after it was built.

Joseph explains how Ferrar had been a highly regarded individual by the ‘who’s who’ of Limerick at the time, so it’s certainly possible that he may have influenced people to call the castle King John’s.

Joseph’s research revealed that after the publication of the book, King John’s Castle was referred to in almost every publication, including travel journals from the 19th century.

The historian also notes that while King John had come to Ireland in the 12th century, there’s no primary evidence to confirm whether King John ever actually came to Limerick, which is a topic of intense debate.

Many are calling for King Johns Castles name to be changed to Limerick Castle in recent times as they believe that mentioning the city in the landmark’s name would be beneficial for tourism purposes and would help differentiate the castle from Carlingford’s King John’s Castle.

Regardless of its name, the castle is a beloved feature of the city by both locals and those from all over the world and remains a must-see attraction for anyone in the Treaty City.