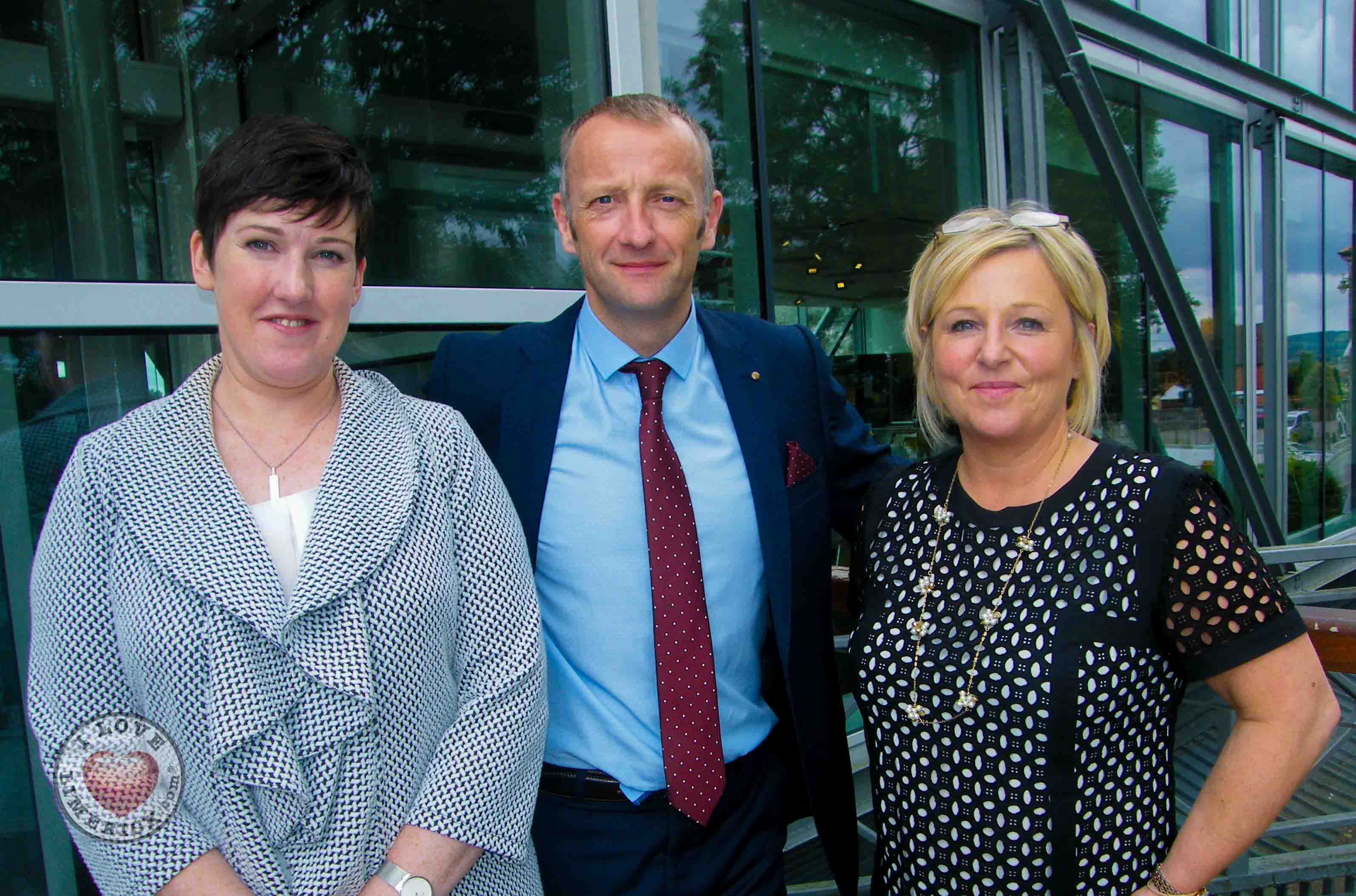 King Johns Castle Cafe launched its exciting new menu and opened its doors to the public.

The cafe was reserved for an hour during the menu launch, with those attending sitting down to a glass of chilled wine and appetising canapés, with the chance to try a new dish, taken straight from the menu.

Linda Hall, from King John’s Castle, said at the launch of the new menu: “We felt that we wanted to encourage local business people, and people from the community, to come to the cafe. We extended our menu to offer people a breakfast menu, a lunch menu and an a la carte menu from 9.30am – 5.30pm every day.”

John Ruddle, Shannon Heritage, said: “The idea behind today is to ask people to come in and taste the new menu, to see where we’re going with this new idea.

“After having significantly invested in the Castle two years ago, we decided that rather than just cater for tourists that go in through the castle, that we would also open up to the wider public.”

The cafe is sure to see a lot of foot traffic over the following months, not just because of the new menu, but also because of King John’s Castle Cafe listing in this year’s edition of ’50 Great Things to do in Limerick’. The Castle, a relaxed and scenic environment that is perfect for any family day out, ranks high in this year’s list.

Brook Catering Company, a service that works with companies nationwide, has come on site over the past two months and are now the in-house catering service, offering fresh and inventive new dishes, serving a variety of different tastes.

John announced to everyone at the launch: “If this is successful, we’re going to try an evening bistro menu later in the summer, for Thursdays, Fridays and Saturdays. We hope that everyone will spread the word that the cafe is very much open to the public as well as visitors and that we’re progressing.”

Limericks Got Talent 2015 once again makes its return