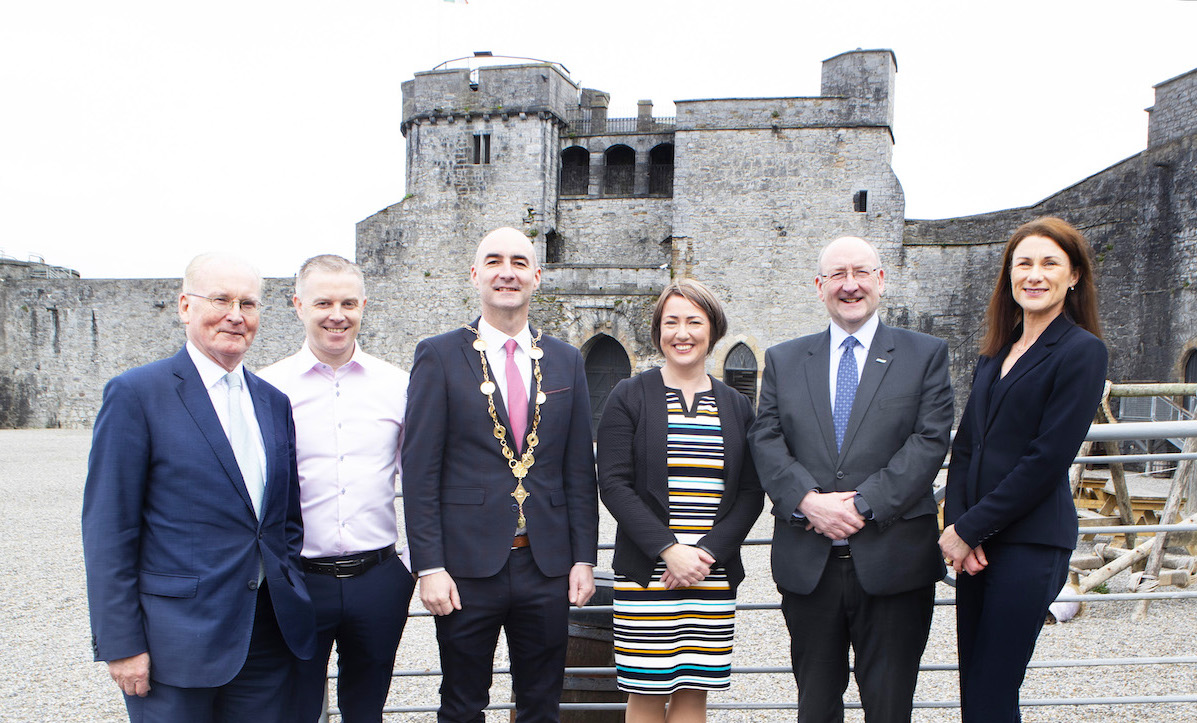 All business operations and staff at King John’s Castle have transferred from Shannon Heritage to Discover Limerick DAC, a wholly-owned subsidiary of Limerick City and County Council

A new chapter has begun in the long history of King John’s Castle in Limerick with the transfer of ownership and business operations to Limerick City and County Council.

All business operations and staff at King John’s Castle have transferred from Shannon Heritage to Discover Limerick DAC, a wholly-owned subsidiary of Limerick City and County Council, established specifically to operate and develop key tourism attractions in Limerick that will strengthen Limerick as a destination and attract increased visitor numbers.

King John’s Castle is the first attraction to come under the Discover Limerick umbrella.

The 14 staff, who had previously worked in the castle for Shannon Heritage and contributed significantly to its success, have transferred to Discover Limerick with no change to their employment terms and conditions.

King John’s Castle will remain open seven days a week, welcoming people from near and far.

Located at the heart of Limerick’s medieval quarter, King John’s Castle is the largest tourist attraction in Limerick city. It brings to life more than 800 years of dramatic local history through the art interpretive centre and exhibition showcases which tell the story of the most iconic building in Munster.

With around 100,000 visitors annually, the towers of King John’s Castle provide panoramic views across Limerick city and the River Shannon.

Mayor of the City and County of Limerick Cllr Daniel Butler said: “This is a wonderful start to a new era for King John’s Castle. I’d like to acknowledge and thank Shannon Heritage for their stewardship of King John’s Castle for the past 30 years. With the Castle back under Limerick control, we are the masters of our own destiny. We have a wonderful attraction here that we all need to support and showcase in whatever way we can.”

“And I would encourage all Limerick people to come and visit King Johns’ Castle over the coming months. Great attractions on our doorstep are for locals as well as tourists.”

Dr Pat Daly, Chief Executive of Limerick City and County Council said: “As the country emerges from a two-year pandemic, tourism recovery is a vital objective for Limerick City and County Council and the wider tourism industry in Limerick. The transition of the King Johns Castle ownership from Shannon Heritage to Discover Limerick DAC presents an exciting opportunity for Limerick to grow and develop the tourism industry in the city and county.”

Commenting on the transfer Mary Considine, CEO, Shannon Group said: “I would like to wish Limerick City and County Council every success as they take on King John’s Castle, and in particular to thank them for working very closely with us to ensure a seamless transfer. The support of the Departments of Transport and Housing, Local Government & Heritage, along with the Department of Public Expenditure and Reform, and our close collaboration with the Council ensured a smooth transition for our staff at King John’s Castle, for which we are most grateful.”

“The King Johns Castle ownership transfer will enable Shannon Group to concentrate our energies on restoring passenger numbers at Shannon Airport, thereby supporting local economic activity and attracting tourists. This, combined with expanding our property portfolio will enable further foreign and indigenous investment in the region. Shannon Group will maintain an important relationship with the visitor attraction by rebuilding vital air services at Shannon to support the return of much needed international tourists to Ireland.”

“I would like to thank the staff at King John’s Castle for their tremendous work over the years and wish them every success, in what I am confident will be the start of an exciting new chapter for them.”

King John’s Castle is one of the most historic buildings in Ireland and the site and its buildings developed as part of three great international movements; the Vikings established the castle as a centre of power between 800 to 1000, the Normans, who took permanent control of Limerick when it received its Royal Charter in 1197 from John, Lord of Ireland (later King of England). The Castle Barracks was completed in 1751 and following the capture by the Free State Army in 1922, ceased to function as a Barracks.

Between 1933 and 1935 social housing was built within the Castle walls by Limerick Corporation and these were demolished in 1990, when the current interpretive centre was constructed. The Castle, held under leave by Limerick Corporation, was transferred to Shannon Free Airport Development Company, subsequently Shannon Group, which developed the site as a major tourist attraction in Limerick City.

On 04 April 2022, King John’s Castle now enters a new period in its history, with the transfer to Discover Limerick DAC, a wholly-owned subsidiary of Limerick City and County Council.

Related Topics:King Johns Castle
Up Next