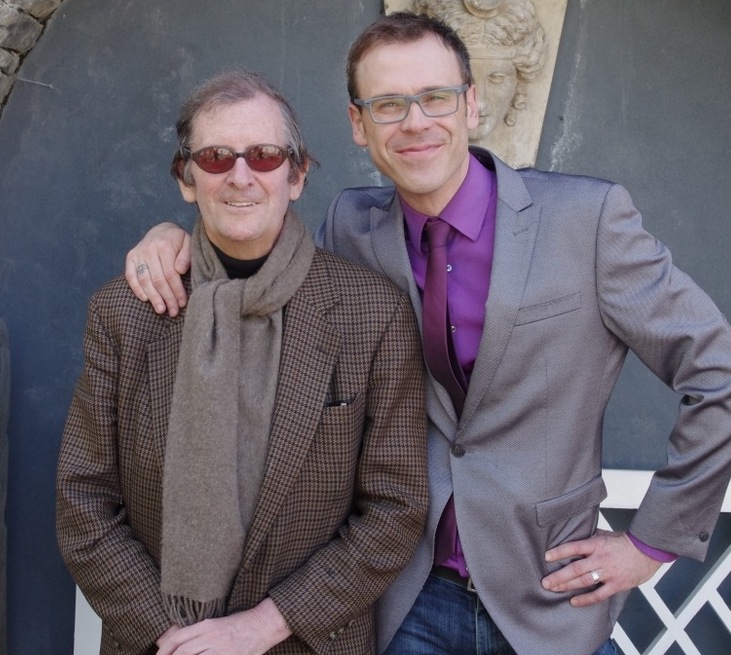 The Knight of Glin – The Last Interview

Knight of Glin – Richard Lynch pictured above during the last interview with the late Knight of Glin. Picture: MunsterImages.ie

The Knight of Glin, also called the Black Knight, was a hereditary title in the Fitzgeralds of Limerick, Ireland since the early 14th century. The family was a branch of the FitzGerald dynasty or Geraldines, related to the Earls of Desmond (extinct), who were granted extensive lands in County Limerick by the Duke of Normandy by way of conquest. The title was named after the village of Glin, near the Knight’s lands.

Desmond John Villiers FitzGerald has been described as a charming, passionate and intelligent man who is survived by his wife Olda and their three daughters, Catherine, Nesta and Honor who were all at his bedside as he passed away at a Limerick Hospice after his two year battle with cancer.

Having become the 29th knight of Glin aged just 12, he was educated in Trinity and then at Harvard University and was regarded as a learned man who was a leading light in Irish architecture and fine art. He worked as a curator at the Victoria and Albert Museum in London before his return to the Castle in Glin, which was built in the 1790s.

As president of the Irish Georgian Society, the Knight of Glin worked tirelessly for the upkeep and future of Irish Country Houses.He was also the author of a number of books and studies and oversaw the publication of The Knights of Glin, Seven Centuries of Change.

He had a close link with the local community that surrounded the castle and worked tirelessly to establish and rekindle the history and heritage that surrounded his title, family and castle. With close links to the River Shannon as the acreage sits on its banks, Glin Castle and the Knight of Glin, had played host to the Glin Castle Yacht Race that was first raced in 1827.

For other stories on the Knight of Glin go HERE

Munster Vs Leinster for Bothar 2011