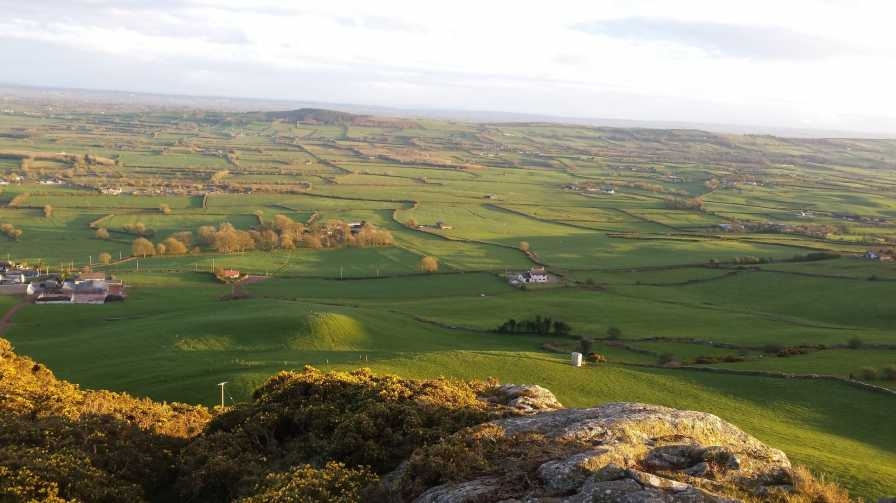 Knockfierna Hill is a treasured site in Limerick that undergoes frequent work to preserve its history and authenticity.

A €200,000 Government heritage amenity grant is being given towards Knockfierna Hill to repair potholes in the car park and make the road more accessible so that cars can pass each other on the way to the trail entrance.

Knockfierna Hill is a historic site in the middle of County Limerick, 25km from Newcastle West and Adare. It is home to a famine memorial and many beautiful sights can be seen during the 9km hike. From the top of Knockfierna you can see beyond Limerick to parts of Clare, Kerry, Tipperary and Cork as well as great views of Thomond Park and other Limerick city landmarks.

Ned Cagney from the Knockfierna Hill Development Association said, “We’ve been filling in potholes ourselves over the years so this is a game changer.”

A large amount of work has been carried out on the hill already this year in a continuous effort to keep the site safe and accessible to all who use it. In September 2022, Cllr Stephen Keary, Fine Gael announced funding of €200,000 for a new surface to Knockfierna Hill from the R518 road to the beginning of the hill track. Knockfierna Hill is regarded as a very important amenity and has been described as a treasure as it is so rich in history and fairy lore. Works have been done by community members such as the Knockfierna Heritage Society to preserve the cottages and the potato ridges from the Famine years in order to keep the great cultural history alive.

The Knockfierna Heritage Society hosts frequent walking tours, climbs and has used the hill to fundraise for charity. On April 2, 2022 the Society took part in the Climb with Charlie, when the former journalist and broadcaster Charlie Bird climbed Croagh Patrick. It was for a worthy cause, raising money and awareness for two charities, the Irish Motor Neurone Disease Association and Pieta House.

The work to improve the car park and road will be completed by the end of this week, and will further enhance the hill’s accessibility, safety, and will hopefully attract more visitors to this Limerick gem.

Related Topics:Knockfierna Hill
Up Next