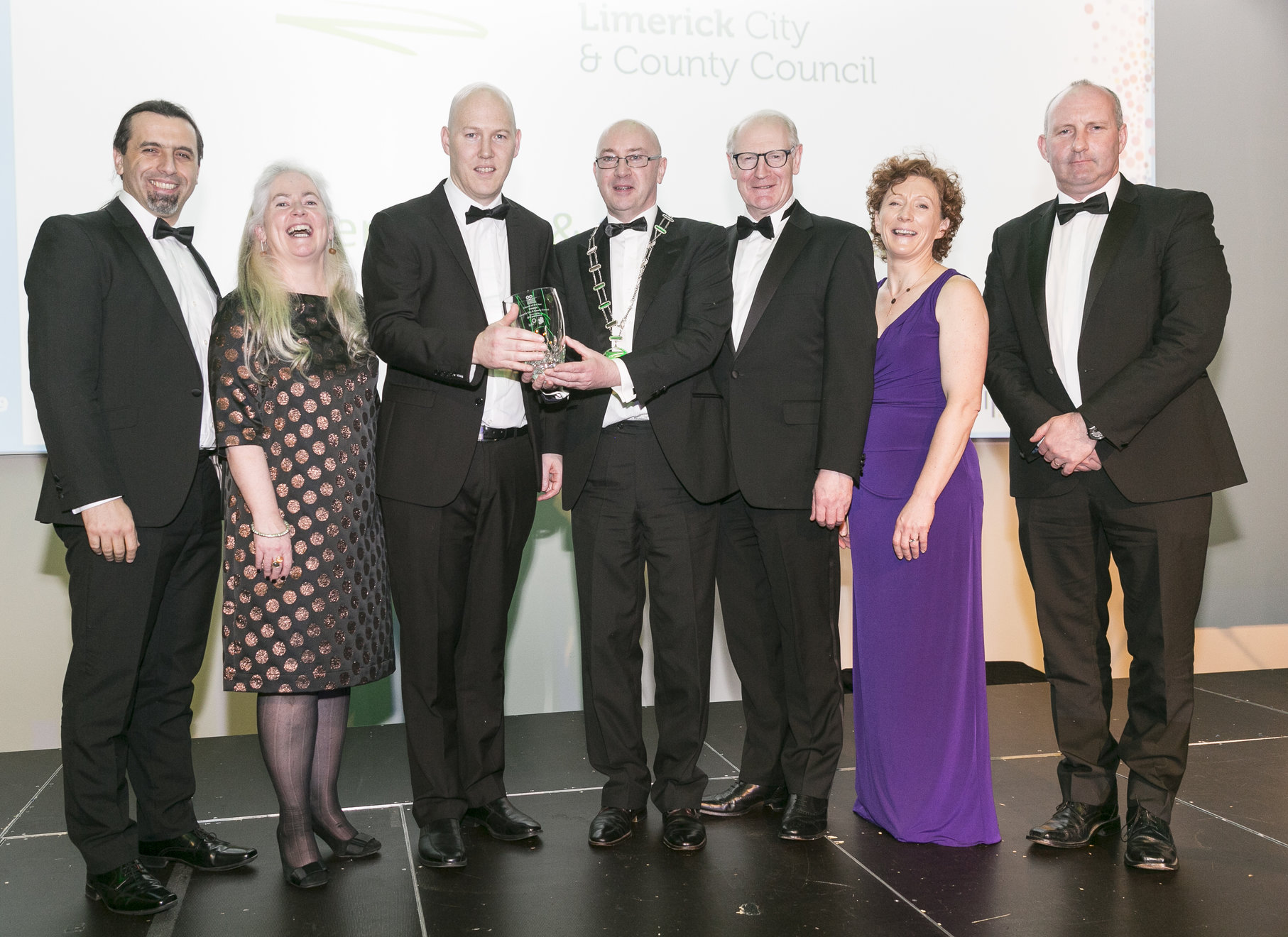 Limerick City and County Council scooped the top prize at the annual All-Ireland Community and Council Awards – LAMA Awards 2019, after being named as Council of the Year.

The Local Authority Members’ Association, or LAMA Awards aims to highlight the amazing work carried out by a local authority in conjunction with groups, organisations and volunteers in the community as well as acknowledge the important contribution they make to our lives. The LAMA Awards 2019 chose to recognise the important work being carried out by Limerick City and County Council by naming them this year’s winners.

In 2019, more than 180 entries were received across 20 categories.  Following a rigorous judging process over 100 projects nationwide from 23 counties were shortlisted for the gala awards ceremony, which took place in Croke Park Stadium at the weekend

Limerick City and County Council was crowned the winners in recognition of the range and depth of projects which the council is involved in with communities across Limerick city and county.

Other Limerick winners on the night were the Urban Co-op, which was the winner of the Best Business Working with the Community category while ‘We’re Breastfeeding Friendly Limerick’ got a silver award in the Best Community Health Initiative category. ‘We’re Breastfeeding Friendly Limerick’ has created such a buzz that plans are due to be unveiled shortly about the initiative going nationwide.

Mayor of the City and County of Limerick Cllr James Collins said: “A massive well done to all those involved in the projects.  Being chosen as Council of the Year shows the important work that is carried out in groups right across communities in the city and county.  It is important that the council listens to communities and builds up trust so that areas can be developed together.  The Trojan work being carried out by all has been recognised on a national basis.”

“It is crucial that projects like the Urban Co-op and We’re Breastfeeding Friendly are also recognised.  They are simple ideas that have resulted in great benefits for the people of Limerick.  They are great examples in the area of community development.”

Conn Murray, Chief Executive of Limerick City and County Council said: “A huge congratulations to all those involved.  It was fantastic for Limerick to be shortlisted for nine awards.  Of course, it is truly wonderful to have been named Council of the Year.  The win highlights and validates the hard work and dedication of staff that the council is doing in conjunction with communities across the city and county all for the betterment of all.”

The 2019 edition was the 13th running of the Awards and were presented by IPB Insurance and Local Authority Members’ Association (LAMA).

For more information on the LAMA Awards, click here