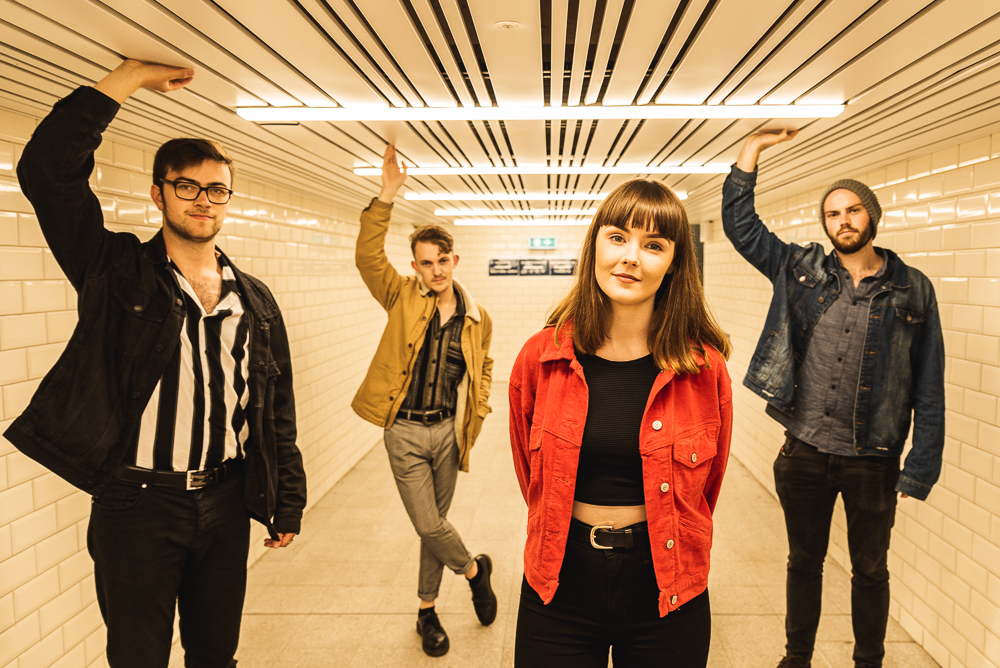 Laura Duff, a young Limerick-born musician just launched her debut single ‘Up to You’.

‘Up to you’ the debut single from Limerick native singer-songwriter Laura Duff was released on November 7 this year.

Laura Duff, winner of the IYMA’s Paul Clancy Songwriting Award in 2015, now based out of Cork is joined by JJ Lee (Bass), Christopher O’Sullivan (Drums) and Cónal Murphy (Guitar) in her debut single.

This single, ‘Up to You’ which was recorded and produced by Christian Best of Monique Studios, Co. Cork, is the first track to be dropped from Duff’s upcoming EP, scheduled for release in late January 2019.

The single first came out around three years ago however, it has taken a completely new form in this EP: “The recording process was extremely developmental for us in terms of finding our sound. It was recorded, mixed and produced by Christian Best. He is amazing at what he does so I felt very lucky to be able to work with him.” said Laura.

Defining her very first EP and her genre, Laura said that she would tag it as Alternative pop, but if you listen to her music pieces, you may find a slight combination of folk and new wave.

“I do find it difficult to describe my music to people sometimes. But I’m really happy with the direction we’re going with, with our sound at the moment,” said Laura.

This young lady played for the President of Ireland, Michael D. Higgins, at the Dublin Castle in December 2015 where she shared the stage with Dublin indie-rock band, Little Green Cars. Since, she has supported the likes of Dublin duo Hudson Taylor, Roisin O, Christof Van der Ven of Bear’s Den and esteemed British singer-songwriter, Lewis Watson.

The Limerick born singer has been immersed in music at an early age, as she said: “It feels like music was always around for me. I can’t think of a specific time where I developed an interest in it. But I started songwriting when I was about 15 so I guess that’s when it really began for me. ”

Songs from Laura Duff’s creation are usually inspired from people and her own experiences, so there are stories hidden inside her music.

Laura Duff, this young Limerick musician is ready to release her second single “The Other Side” in December and her debut E.P, “For Your Company” is due for release in early 2019.

Related Topics:limerick musician
Up Next

The 2 Johnnies “Get Loose” in Limerick this March 2019