Laura Flynn Hayes from Raheen, Co. Limerick, has been in hospital for nearly two years after developing sepsis, undergoing nearly 20 operations and falling into a coma twice within the space of three months, on top of suffering from rheumatoid arthritis. Kind hearted Limerick lady and well known social influencer Sinead O Brien of Sinead’s Curvy Style has organised a ‘Let’s Get Laura Home’ fundraiser which aims to raise enough money to allow Laura’s house to be adjusted and extended to support her physical needs so that she can finally leave hospital and return home. 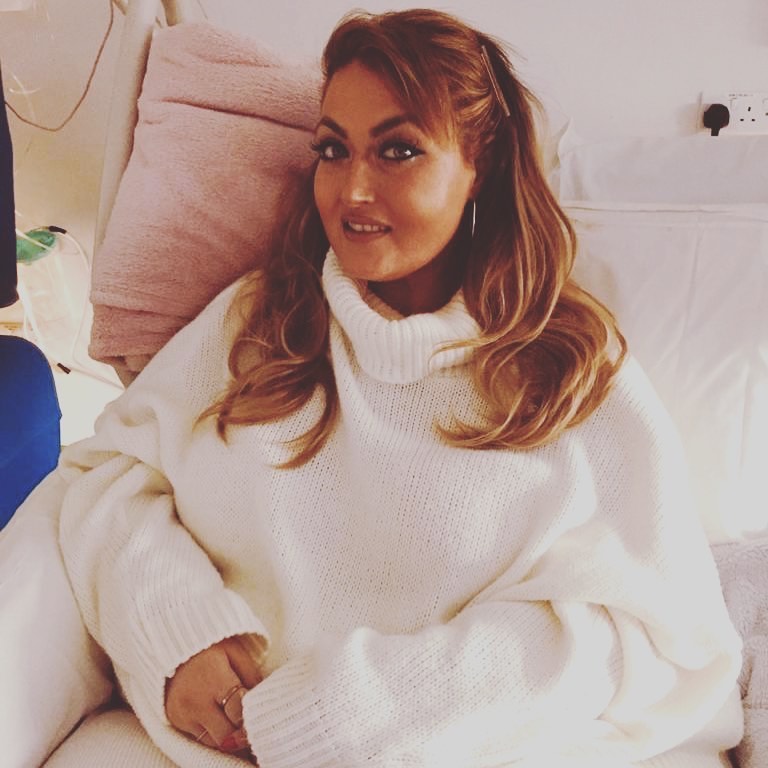 Laura Flynn Hayes from Raheen, Co. Limerick pictured above before she fell ill.

In 2018, after getting a cut on her foot, Laura Flynn Hayes developed cellulitis which quickly progressed into a severe case of sepsis that spread through her body, infecting her whole leg. The 35-year-old had to undergo two operations a week for six weeks to ensure the infection wouldn’t grow worse, but this took a major toll on her body, and Laura fell into a coma for three weeks.

Laura shared her sepsis story on her Instagram saying, “I was extremely ill, my body couldn’t take it anymore. And I went into a coma. They tried and tried and tried to get me to come around, they tried different medications. They had told my family to prepare themselves, that I didn’t have long left. They brought in the priest to say the last rights. But thank God, the medication worked and I came around.”

After pulling through her first coma, Laura met with a plastic surgeon to try and contain her large wound, and so underwent more surgeries, one a week for several months. But Laura faced further setbacks when she contracted another infection, which caused yet another coma.

Laura told her Instagram followers, “I was in that coma for around a week and a half to two weeks, and again, my family was told to prepare themselves. They were told that I had only hours left, and again, the priest was brought in. But I managed to pull around. That was just before Christmas last year, so last Christmas I spent in ICU, and ever since I have been working my way to try and get better.”

“I’ve been trying to get home but they won’t let me home because they said my home isn’t suitable. Things like there’s no bedroom downstairs, I can’t go upstairs yet, there’s not a big enough bathroom downstairs, things like that. So basically, we have to get an extension onto the house, out the back. But this obviously costs a lot,” Laura said.

If these changes can’t be made to her house, Laura will have to be placed into a nursing home to be cared for. Laura has applied for a grant from the council to help with the costs of this needed extension, but the process is slow and Laura reached out to her social media followers to perhaps try and get in contact with a local politician to speed the process up.

With Laura being a follower of Sinead’s on social media, as well as them having met briefly in the past through work, Sinead became aware of Laura’s story last year, and visited her in hospital at Christmas. When Sinead heard that Laura could finally come home, but needed funding for the necessary extension, she decided to make use of her platform of 69,000 followers, and set up a Go Fund Me page, with the goal of raising €30,000.

Sinead said, “When we started chatting back and forth via Instagram, we developed a friendship, and I saw how much she supported me. I started following her journey, and I guess I felt compelled to go visit her at Christmas time. I brought her a Sinead’s Curvy Style goodie bag from one of my shows as I knew Laura had a love of makeup, and when I went to visit her she was so happy and so thrilled to have seen me. Obviously, at that stage, she had been there for a year already, so you can imagine how that must have felt. We just clicked that night and I was in such admiration of her and I thought she was amazing.”

Sinead is completing a number of hilarious tasks suggested by her Instagram followers to try and keep the donations coming in, and €17,000 has already been raised in the space of just a few days. Anyone who donates will automatically be entered into a draw to win a brand new Marc Jacobs handbag that Sinead purchased herself.

Sinead said, “When I heard about Laura’s present situation I just said I had to do something about it and use my platform as positively and beneficially as I can to help her situation. So that’s what brought me to do the Go Fund Me page. It’s gone from strength to strength and I’m not going to stop until we get her home. So many people have been so supportive of it and I couldn’t have gotten this far without my followers, the people who follow me and other social media influencers.”

“Just to use social media with such a positive outlook and for such a positive reason, and just to be the driving force behind it with the Go Fund Me page – it’s incredible to be able to do that. So we’re just hoping and praying that we can get her home because she deserves to get home,” Sinead added.

To donate and help Get Laura Home, click HERE.

Heroes Aid PPE to be delivered to Limerick frontline workers