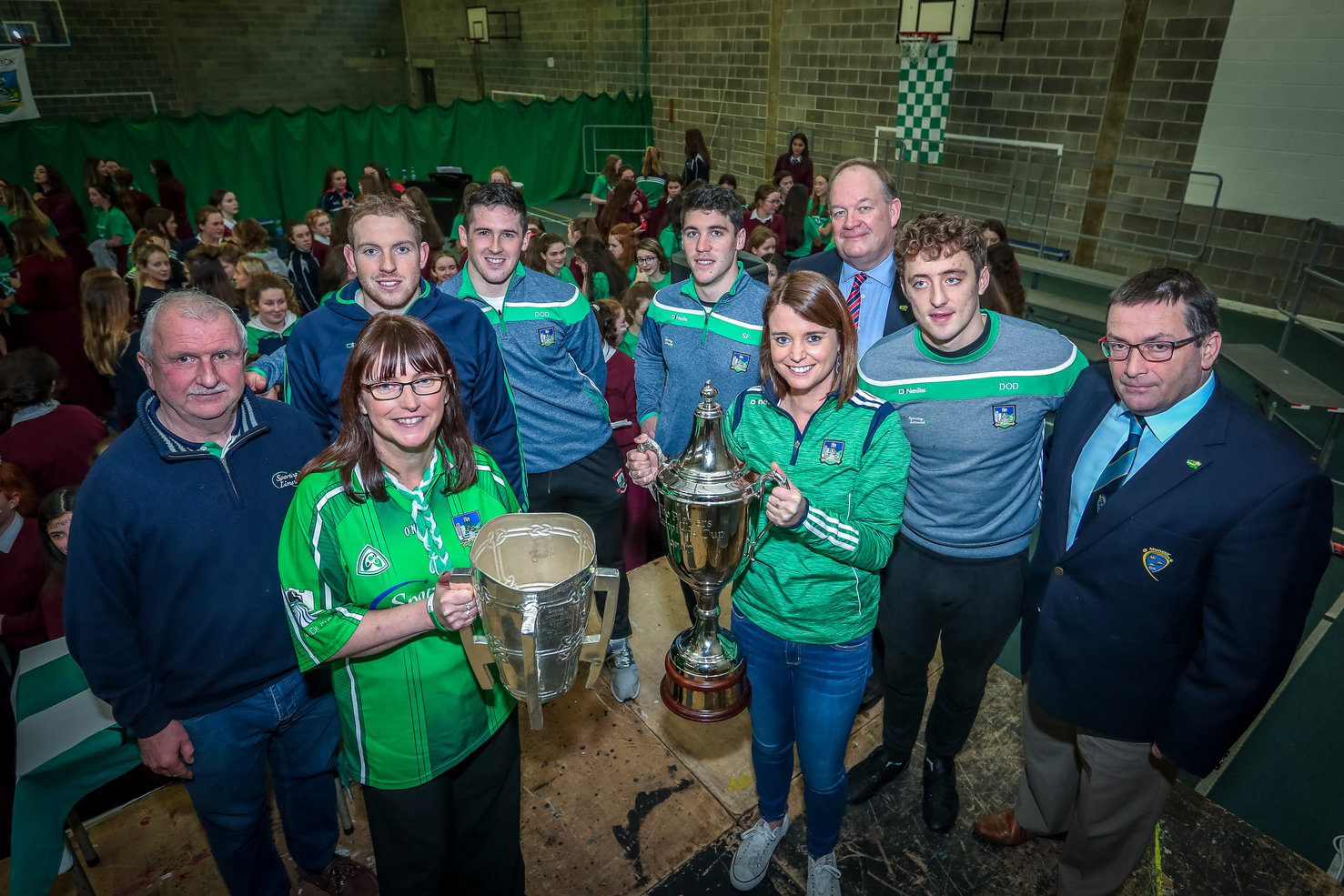 One of the last stops for Limerick’s All-Ireland winning hurlers on their glorious county-wide tour of schools had an extra poignancy courtesy of the song that became an unofficial anthem for the year.

They were greeted by the strains of ‘Limerick You’re A Lady’ but it was another song, right at

the very end of the visit, that struck a particular chord at the very special event.

Alma mater of the late Dolores O’Riordan, Laurel Hill Coláiste FCJ has been voted the country’s top second level school five years in a row and is noted for many things, including its choir.  To bring the curtain down on the special visit, it performed the classic Cranberries song Dreams, which has become the motto for the school and very much the unofficial anthem for the All-Ireland winning heroes, to a captivated audience.

The beautiful rendition led by Gráinne Ní Choinn and Aisling Ní Sheanaigh and backed by the 120 strong choir, evoked many memories of the famous past pupil but also of the incredible day last August when tears were shed as it was played in Croke Park to greet the raising of the McCarthy Cup by a Limerick hand for the first time in 45 years.

It was a poignant moment not lost on the hurlers themselves.  Said Shane Dowling: “I think the choir here have done her justice. They’re one of the best choirs I’ve come across. And the way they sang that song out at the end was a touch of class.’’

“I’ve been to maybe five or six different schools. It’s impossible to get to them all, work has to go on.  But the majority of the schools made a go of singing Dreams and it just shows the legacy that Dolores left in Limerick and the legacy that Limerick GAA has carried throughout the summer. It really, really is special.”

The non-fee-paying school located just off Limerick city centre, which was established in 1935 to assist in the revival of the Irish language, was Limerick’s first Irish medium second level school and today has 410 students and 28 teachers.

“Today is a very proud day for Laurel Hill Colaiste FCj, welcoming the All Ireland winners to our school. It’s the number one school in Ireland and number one team coming to visit us. It’s a great celebration of being from Limerick.”

On the choir’s performance of Dreams, she said:  “Dolores was a past pupil and spent six happy years here and I suppose it has special resonance for us that we have that song here today when we welcome the team.

“And if you listen to the theme of the song, it’s about following your dreams, which is exactly what the team did and exactly what you want the students to do as well.

”It’s been a very emotional year for the school. We started out with all the promise of a new year and then we had Dolores’ death in January and that rocked everyone, as we have such a deep connection with her. She’s an inspiration. But sport is very important to us and we had successes ourselves but then that incredible journey that Limerick went on, all the way to the All-Ireland, lifted everyone.

“We won our own All-Ireland then by being selected as the country’s top school for the fifth year in succession.  To cap it all off then, we had the visit of the hurlers here with the McCarthy Cup.  It really lets us go out on a high from a very emotional year.”