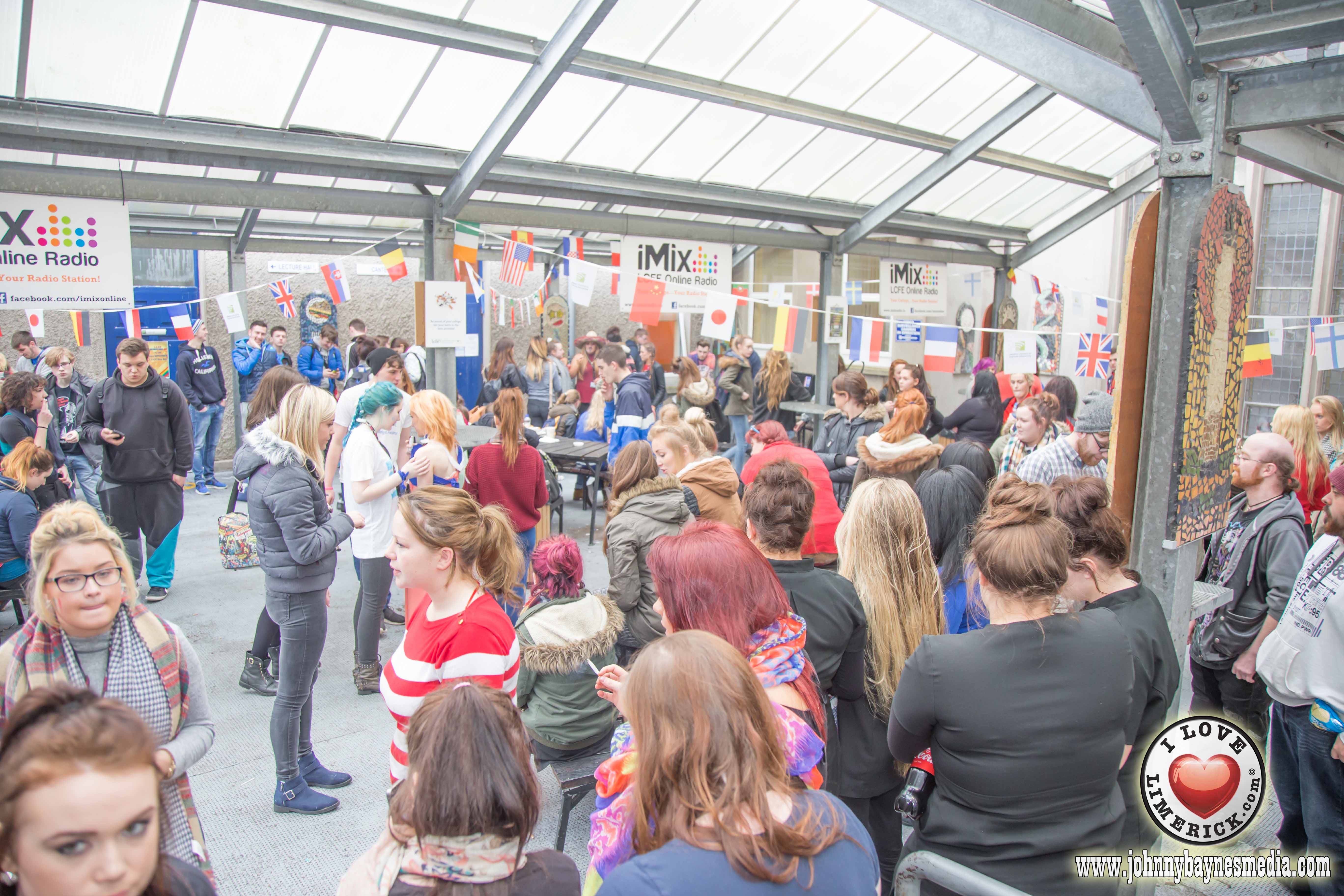 The sixth annual LCFE Intercultural Day 2015 was held this past Thursday at Limerick College of Further Education to celebrate the unity of different cultures.With over 37 different nationalities presently studying on full-time programmes in the College, there was significant representation on the day from Poland, Ireland, UK, Ghana, Zimbabwe, Sierra Leone, Slovakia, Estonia, Italy, Rwanda, Latvia, Spain, France, China and the Congo.

The event was officially opened by the Mayor of the Metropolitan District of Limerick, Jerry O’Dea and accompanied by Cllr Frank Daly.  A rich array of delicious food, dance, music, information and national costumes were part of this educational, cultural and enjoyable day. A number of live performances included beat-boxers, magicians, stilt-walkers and traditional music.  Traditional was fused with the contemporary, including singing ranging from various traditional Irish groups to modern rap.

Hanora Hartnett, LCFE Deputy Director, spoke about the event and its aims: “I think it brought the college community together. This year we have 150 students not from Ireland so I think it was just an opportunity for everyone to mix and meet. I think that’s the main aim of it.

Around 800 people, including learners and staff in the College, got the opportunity to have a look at the fantastic displays, taste ethnic food and talk to the international learners about their home countries. Three Applied Social Studies groups co-ordinated this year’s event, gathering learners from a variety of disciplines to put together an action-packed programme of entertainment and food displays.

Learners this year chose Pieta House, the charity working to prevent self-harm and suicide, as the recipient of monies raised from the event. Students were delighted to raise money during this fantastic event but more importantly to raise the awareness of the work Pieta House do.

Marion Bridgeman, event organiser, was hugely impressed by the learners’ contribution to making the event so successful this year. “By holding an Intercultural Day, learners at the College get to actively meet other cultures, mix, taste exotic foods, hear different languages and, most importantly, have lots of fun,” she said.

Photos by Johnathan Baynes and Louise O’Rahilly for I Love Limerick. All Rights Reserved.