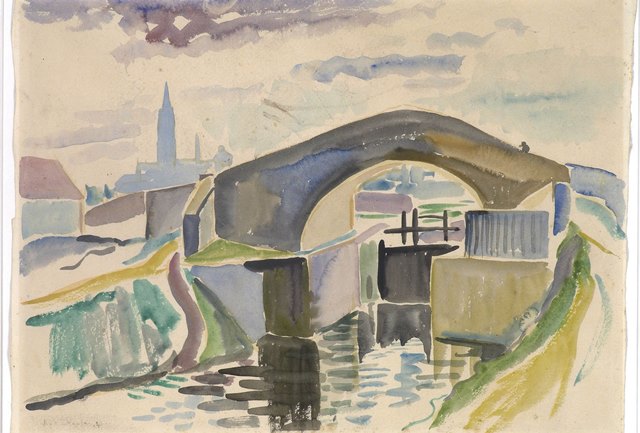 Limerick City Gallery of Art LCGA 30 years celebrations continue as a dedicated art museum at the Carnegie Building in Pery Square host an exhibition of its Permanent Collection of 18th, 19th and 20th century Irish artworks.

Minister for Education and Skills, Jan O’Sullivan, T.D. will next Thursday (3 September) officially launch the exhibition, which runs until 30th October.

The upcoming exhibition will run concurrently with an exhibition by artist researcher and educator, Mark Curran.  Curated by Helen Carey (Director, Fire Station Artists’ Studios), The Economy Of Appearances is a multi-media project focusing on the Amsterdam Stock Exchange.

Curran has spent the past two years negotiating access to stock and commodity exchanges around the globe as part of his research. He previously hosted The Market, an exhibition of works produced at the Irish Stock Exchange in Dublin; the financial centres of Canary Wharf and The City, London; the Deutsche Borse in Frankfurt, and in the recently established Ethiopian Commodity Exchange in Addis Ababa, the youngest exchange in the world.

“These exhibitions will celebrate the 30 years since the whole of the Carnegie Building in Pery Square was given over to the Limerick City Gallery of Art and the appointment of a Director/Curator, by the Limerick Corporation back in the 1985,” explained Una McCarthy, LCGA Director.

She continued: “With the ongoing support of Limerick City & County Council and The Arts Council of Ireland, the reputation of LCGA has grown nationally and internationally. During this time the Permanent Collection has also grown to feature a number of separate collections such as the National Collection of Contemporary Drawing, (NCCD) and the Michael O’Connor International Porter Collection.”

“Since moving back into the Carnegie Building in 2011 after the Phase II redevelopment of the facility, the exhibit of the Permanent Collection has been on a rotation basis,” she added. “The initial rationale for the collecting policy for the Permanent Collection – to collect ‘examples of the work of all well-known artists of Irish birth, or of those who have worked in Ireland’ – remains in place. In recent times the manner in which works are acquired for the collection are now very much in tandem with the gallery’s contemporary exhibition policy. The exhibition programme informs our collection policy and drives our curatorial intent in relation to the works we acquire.”

The two upcoming exhibitions will be complemented during the month of September by a series of celebratory daily events promoting Limerick City Gallery of Art and other arts venues throughout Limerick City.

Among the featured events in ‘Thirty Days Hath September’ is ‘Sing Out With Strings’, a musical performance on 29th September by some of the 300 local children who participated in a community engagement classical music initiative designed and delivered by the Irish Chamber Orchestra.

Poetry By Heart on September 25th, is a Limerick tribute to WB Yeats to mark the 150th anniversary of the poet’s birth in a poetry performance event, directed by Ciarda Tobin, with Diane Daly of the Irish Chamber Orchestra on violin.

Throughout the month at The Hunt Museum, a suite of photographs by Eamonn O’ Mahony to commemorate the 50th anniversary of the Irish Georgian Society will be on public display.

On September 10th at LCGA, Dr Stephen Kinsella, University of Limerick economist and broadcaster will examine the theme of Mark Curran’s exhibition, while at the same venue on September 27th Aoife Ruane, Director of the Highlanes Gallery, Drogheda, will give a talk entitled ‘An Artist’s Vision’ which will specifically look at the inspiration of Bea Orpen on the Drogheda Municipal Art Collection.

The Hub meanwhile, will host weekly workshops creating opportunities for children to engage with both exhibitions each Saturday during September.

According to Ms. McCarthy: “I was particularly impressed when I moved back to Limerick to note the significant developments in the arts in the past 30 years.  So we have invited many of our fellow colleagues to join with us for a cornucopia of events that will include walks and talks, workshops, music dance and exhibitions at The Hunt Museum, The Hub and Bourne Vincent Gallery in UL, as well as in LCGA.”

The LCGA Collection began in 1936 when a committee was formed to collect artworks for the gallery. In 1948, a municipal gallery building was constructed to house the collection, as an addition to the Carnegie Free Library and Museum situated in the grounds of the People’s Park, Pery Square. In 1985, the Carnegie building became a dedicated art museum and has since expanded into a purpose-built extension.

Related Topics:exhibitionlimerick city gallery of art
Up Next

Going For Gold Community Category finalists have been selected