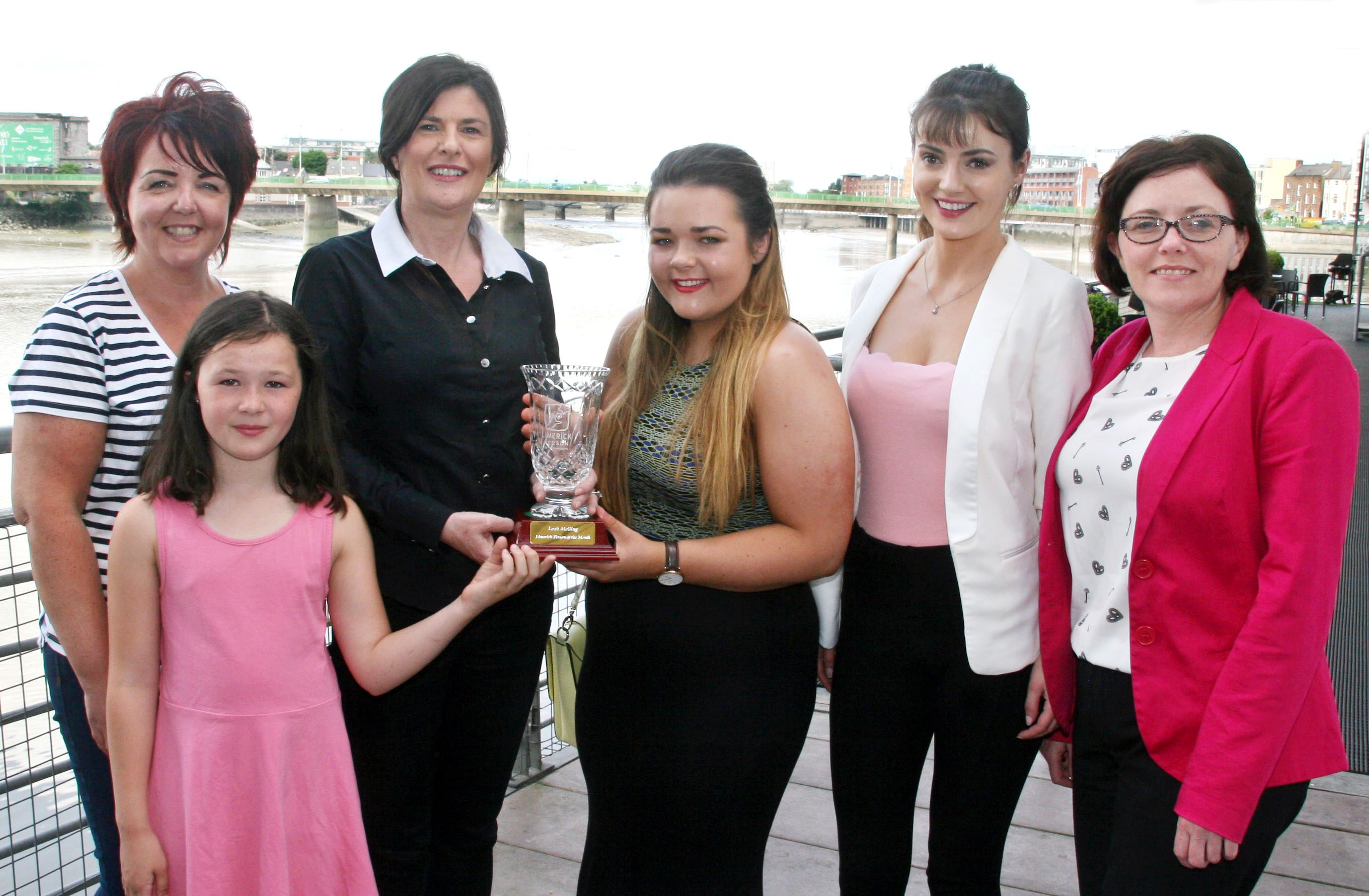 Limerick city and county are proud to announce ACT for Meningitis fundraiser Leah Melling Limerick Person of the Month June 2016.

The 16 year old from Corbally Limerick received the award because of her work over the past year for ACT for Meningitis.

Leah’s efforts with the charity were in honour of her beloved baby sister, Lola Nagle, who sadly lost her life to meningitis in April 2015. ACT for Meningitis is a charity based in Galway who do tremendous work with families affected by meningitis. Since Lola’s sudden and heart-breaking passing, Leah has raised vital funds for ACT for Meningitis, while raising some much needed awareness of the unforgiving disease and its effects. For this and much more Leah Melling Limerick person of the month is well deserved.

It was April 15, 2015 when Leah Melling and her family’s lives were thrown into turmoil. Lola was only a toddler when she passed from meningitis. Her battle with the disease was unexpected and short lived, as she only survived three hours after being hospitalised with the symptoms. Leah spoke emotionally about the day her baby butterfly Lola began showing the signs of meningitis and sadly passed away, “I was at home. Lola was crying and had a high temperature. The first thought that entered our heads was teething and so she was brought to the doctor. There was no appearance of a rash until Lola reached the hospital.”

Leah feels that the parenting community in Ireland are not aware of the signs and symptoms of meningitis. She wanted to make a change that could prevent another family going through the same tragedy and heartbreak that she and her family did on that day in April 2015.

In June 2015 Lola Jane Nagle’s family came together in an attempt to raise lifesaving awareness of the terrible disease. Lola’s dad Ross Nagle, organised a fundraiser at his tattoo parlour ‘All Star Ink Tattoo’. €19,924.28 was raised after a number of people donated money, or paid to get butterfly tattoos, in aid of the ACT for Meningitis organisation. The butterfly tattoos are of special relevance with the fundraiser, as Lola’s dad explained, “Before Lola passed away, we used to call her our little butterfly, so that’s why we did this”. An especially memorable moment occurred on the morning of the event while Ruth Melling was having a coffee and preparing for the fundraiser: “I was drinking a cup of coffee earlier and a white butterfly just landed on my cup, and everyone was standing back in awe. We didn’t have time to take a photo but it was really special”.

Following the success of the tattoo fundraiser, Leah was massively inspired to continue her work for ACT for Meningitis, in memory of her baby sister Lola. This is when the concept of ‘Lola’s Ball’ was born. The Limerick teenager jumped at the idea, working nonstop organising Lolas Ball, from December 2015 right up until the night of the ball in April 2016.

Leah made the big announcement on social media following the ball, “The moment is finally here, the grand total raised from Lola’s Ball is €16,786.10, all in aid of Act for Meningitis. The whole experience of Lola’s Ball has been amazing and it has been our pleasure to raise this money for this amazing charity! Thank you to everyone involved and to anyone who supported us, until next year.”

Another admirable aspect of Leah’s character is her ability to write and sing songs. Since a very young age Leah has enjoyed working with and creating her own music. Check out her amazing song ‘Dear Society’ in the video below.

Leah has been a social media correspondent for I Love Limerick, where she is greatly loved by all the crew for over a year now. All of us at I Love Limerick are sending Leah our well wishes and luck with all she has achieved and is yet to accomplish in life.

Check out photos and coverage from Lola’s Ball here

Click here for more information about ACT For Meningitis