By Richard Lynch on November 27, 2017@richanthon 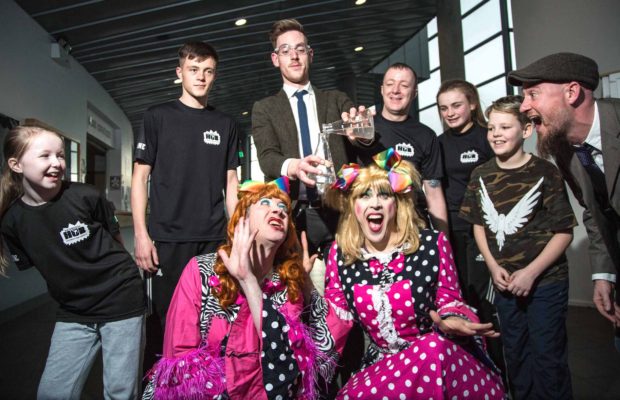 Last Friday, the Learning Hub 10th Anniversary event celebrated 10 years of learning at LIT’s Millennium Theatre with a showcase celebrating the talents and abilities of many young people who are students of the hub. Richard Lynch and Myles Breen were asked to make a surprise appearance in character as the Ugly Sisters in anticipation of our show Cinderella which is opening at University Concert Hall on December 18. It was a packed event and it was truly inspiring to reflect on the many accomplishments the Hub has achieved over the years. 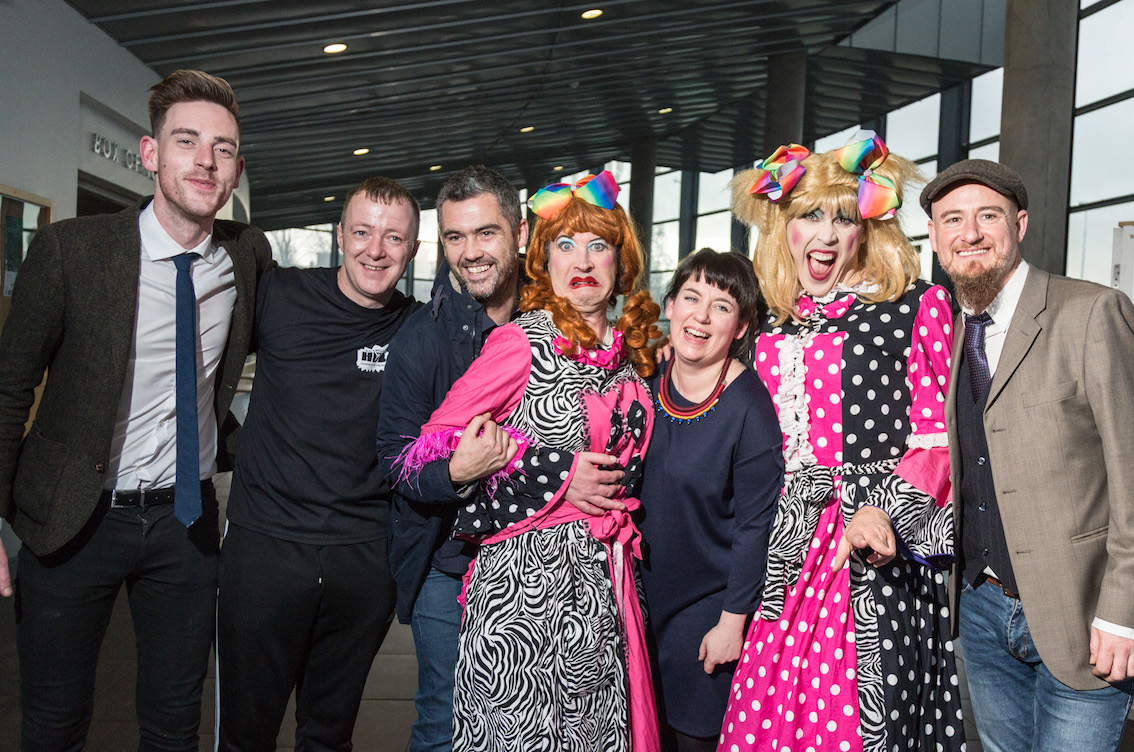 From the Health Hub’s kickboxers to the Science Hub’s scientists and little inventors the show was an opportunity for schools, parents, and funders to witness the learning outcomes first hand. They also celebrated some great memories and remembered the projects and the energy of the many young people that tell the Learning Hub’s story.

The show was also an opportunity to thank everyone who has supported the organisation over the last 10 years including Limerick City and County Council and the JP McManus Charitable Foundation.  Founding partners included the Salesian Sisters, HSE, PAUL Partnership, LIT and Mary Immaculate College along with the University of Limerick. In more recent years Science Foundation Ireland and Regeneron based here in Limerick have contributed to the rollout of the Science and Technology education programmes at the Hub.

I am honoured to say in 2011, I created the tagline for the Hub “you are what you learn” and during the last 10 years over 15,000 children have accessed learning experiences at the Learning Hub. Over 150 third level students have volunteered over 100,000 hours and developed as mentors and young professionals along the way. 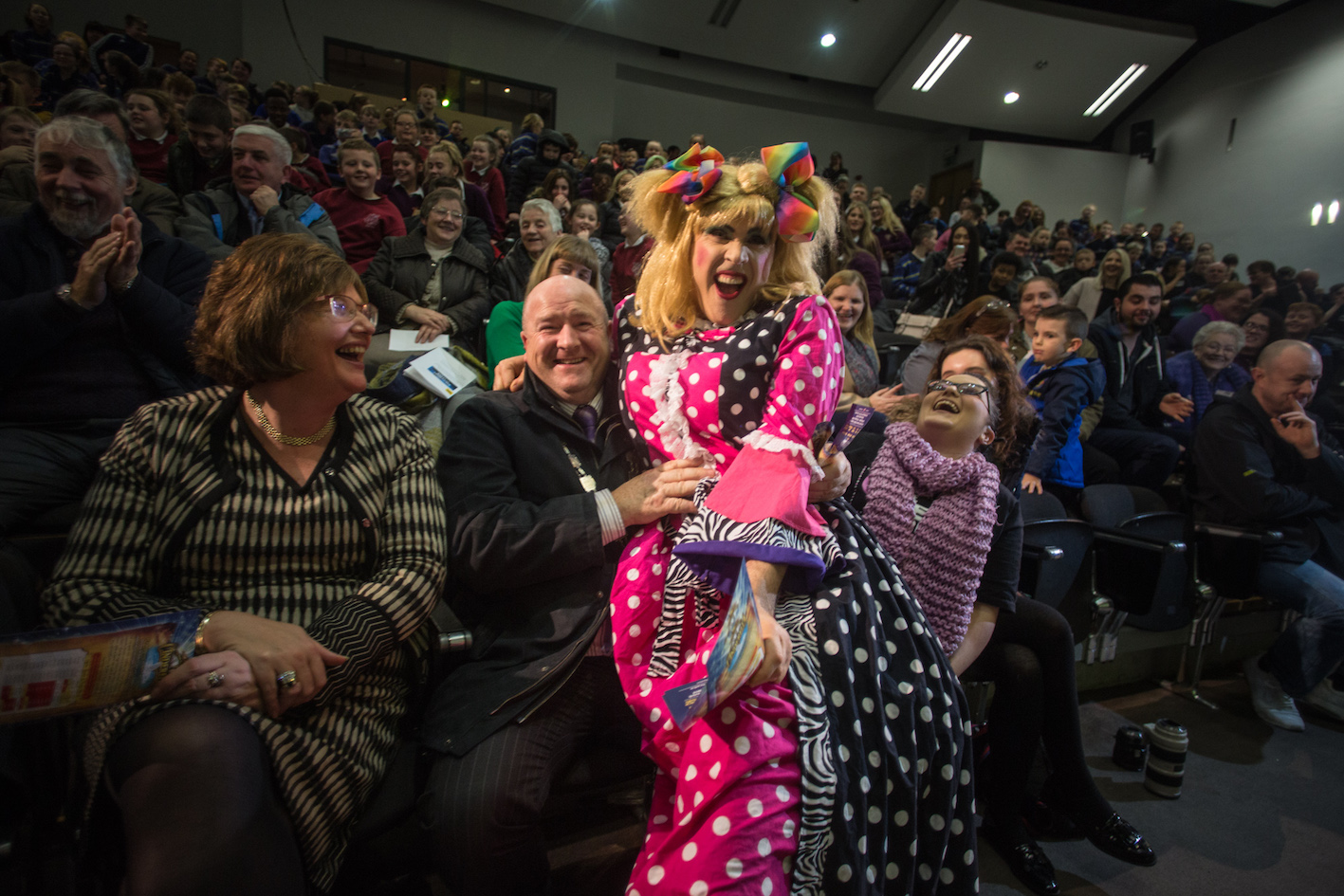 Jennifer Moroney Ward, CEO Learning Hub tells me, “We can’t believe we are 10 years old! So many amazing kids, amazing parents, amazing volunteers, and staff have played their part in the story of how the Learning Hub has developed and grown. Our role is to raise educational aspiration levels in the area we work in and it always been obvious to me that there exists really incredible potential in the children and young people we work with. We just need to give them the opportunity to shine. Our staff here are really great at working with their learners to do that, and it’s a real privilege for me to witness that in action. We are so excited in 2018 that two of our former primary school learners from the area are coming back to us as coop students form LIT and UL, that makes us feel so proud!  The circle of learning and giving back continues.. let’s hope we get to do this for a long time to come – it’s a special place with a great team and I feel very lucky to work here.” Congrats to all from I Love Limerick!

To see Myles and Richard in action in the star-studded SPAR Panto, Cinderella at University Concert Hall from December 18 to January 7 get tickets at www.UCH.ie.

To find out more about the Learning Hub click here