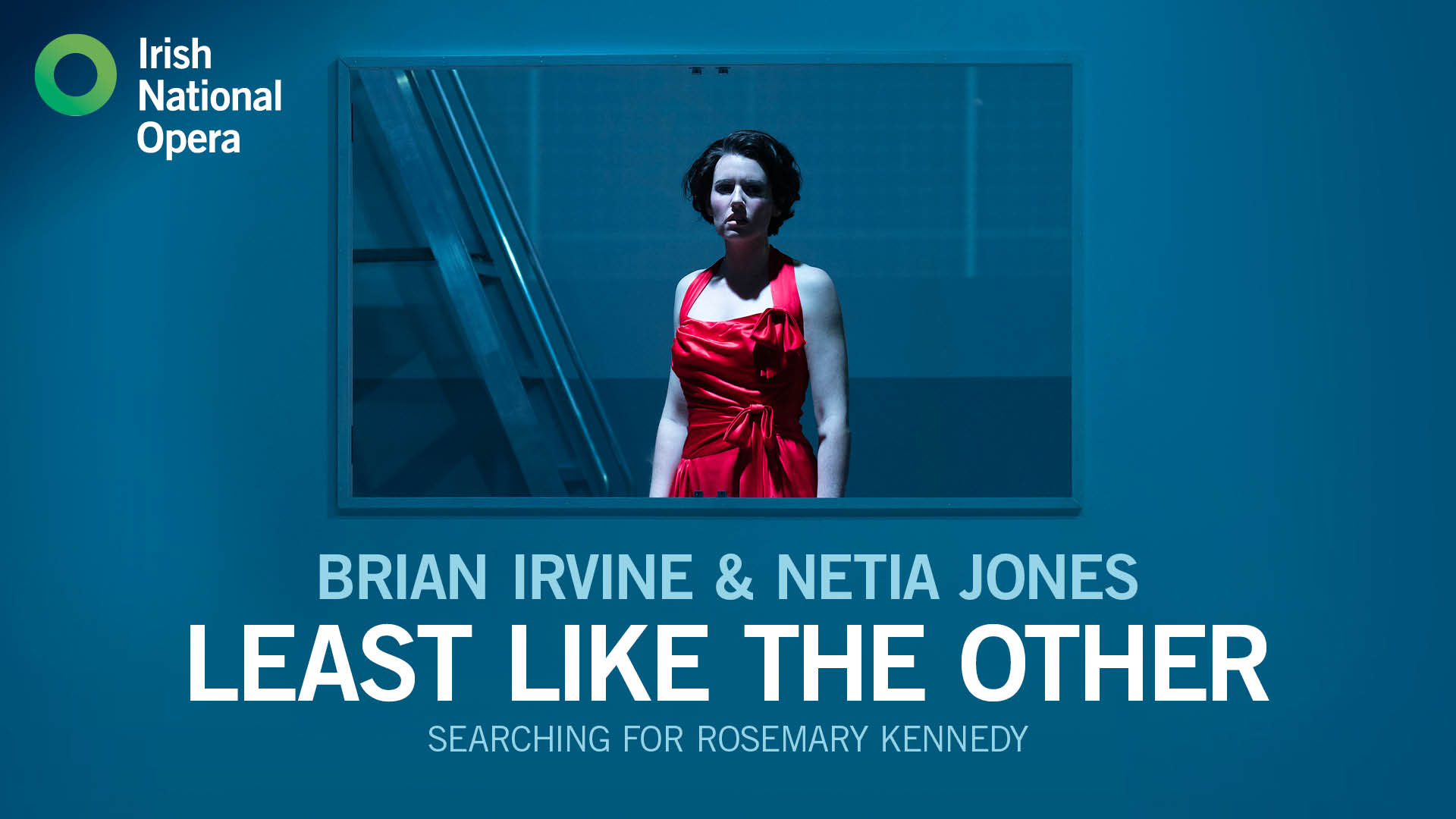 Least Like The Other, Searching for Rosemary Kennedy at Lime Tree September 25

Least Like The Other Searching for Rosemary Kennedy created by Brian Irvine and Netia Jones comes to the Lime Tree Theatre Limerick on Saturday, September 25.

Least Like The Other, Searching for Rosemary Kennedy at Lime Tree September 25

Irish National Opera presents Least Like The Other, Searching for Rosemary Kennedy created by Brian Irvine and Netia Jones on Saturday, September 25 at the Lime Tree Theatre, Limerick.

The sensational hit of the 2019 Galway International Arts Festival is back. Live and in the flesh. Least Like The Other, Searching for Rosemary Kennedy by Brian Irvine and Netia Jones made a phenomenal impact at its world premiere in Galway International Arts Festival. The production has a cast of just four – a singer, two actors and a narrator. The performance is based on the tragic story of JFK’s sister, Rosemary Kennedy (1918-2005), who was born with some intellectual disabilities and, at the age of 23, subjected to a disastrous lobotomy that left her permanently incapacitated.

Irish mezzo-soprano Naomi Louisa O’Connell, who has been described by OperaWire as “nothing short of breathtaking . . . a phenomenally versatile, intelligent actress,” returns to the multi-faceted role she created so successfully last July.

How nice is it to see our #LeastLiketheOther posters around town? ? And as for those blue skies! ☀️?

The three remaining cast members all performed in the Galway premiere in 2019, and include actor and dancer Stephanie Dufresne, who made her INO debut as a dancer in INO’s sell-out production of Gluck’s Orfeo ed Euridice (Galway International Arts Festival 2018), the prolific and versatile actor Ronan Leahy, and Aoife Spillane Hinks who unusually combines the role of assistant director with that of on-stage voice over.

The sources that form the basis of the opera include disjointed transcripts of conversations, family letters, statements, excerpts from Rosemary Kennedy’s diary, TV footage of the time, testimonies and scholarly articles. Brian Irvine explains that the material he collected and shaped with Netia Jones “paints an extraordinary and fascinating picture: a picture full of opposing narratives that is at once horrifying and achingly beautiful . . . a picture that sets the vulnerability of a beautiful young woman against the grotesque arrogance and ambition of powerful, egotistically driven men”.

The work is sung in English with English subtitles. Please note there is strobe lighting used in this performance.