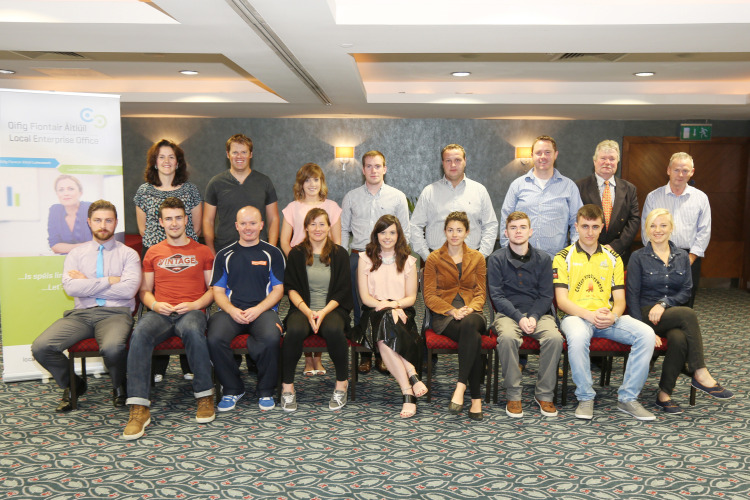 The Local Enterprise Office (LEO) Limerick has moved one step closer to finding Limerick’s Best Young Entrepreneur after it announced the 15 finalists in the competition.

€50,000 will be invested in the business models of Limerick’s three winning entrepreneurs who will also proceed to regional and national finals with the aim of finding Ireland’s Best Young Entrepreneur.

Organised locally by the LEO Limerick, the competition attracted 40 applications from young people, aged 30 and under, from across the City and County. After a full review of applications, fifteen finalists were short-listed and have taken part in an intensive Business Boot Camp.

A final adjudication will follow shortly under three distinct categories, namely Best New Idea, Best Start-Up Business and Best Established Business with an Expansion Proposal. The winners will be announced at a Networking evening on Monday October 6, 2014, the start of Limerick Business Week 2014.

Announcing the 15 finalists, Mr. Eamon Ryan, Head of Local Enterprise for Limerick, commented: “The future of entrepreneurship in Limerick looks extremely bright. Ireland’s Best Young Entrepreneur competition has shown that Limerick has a wealth of young entrepreneurs ready to make a difference to the Limerick economy. We have an excellent group of finalists, and the judges’ job to decide on the winner for each category will be extremely difficult.”

“The business ideas presented to the Local Enterprise Office ranged across all sectors with many already trading internationally. I wish the best of luck to all taking part in the next stage,” added Mr. Ryan.

The Limerick area element of the competition has a €50,000 Investment Fund with prizes worth €10,000 for Best New Idea (Best idea for a new business), €20,000 for Best Start Up (Start up has already started but in business 18 months or less) and €20,000 for Best Established (in business more than 18 months, is “adding” something new to the business). An Overall Winner (Best Young Entrepreneur) will also be selected.

The winner of each category will proceed to a regional competition, with the winners from each region progressing to the national stage of the competition which features an Investment Fund of €100,000 to be shared among the winners.

An Taoiseach, Enda Kenny launched Ireland’s Best Young Entrepreneur (IBYE) competition earlier this year as an an integral part of the Action Plan for Jobs 2014. The initiative is designed to foster a culture of entrepreneurship in Ireland and to encourage the establishment of new innovative businesses by Ireland’s best young entrepreneurs.