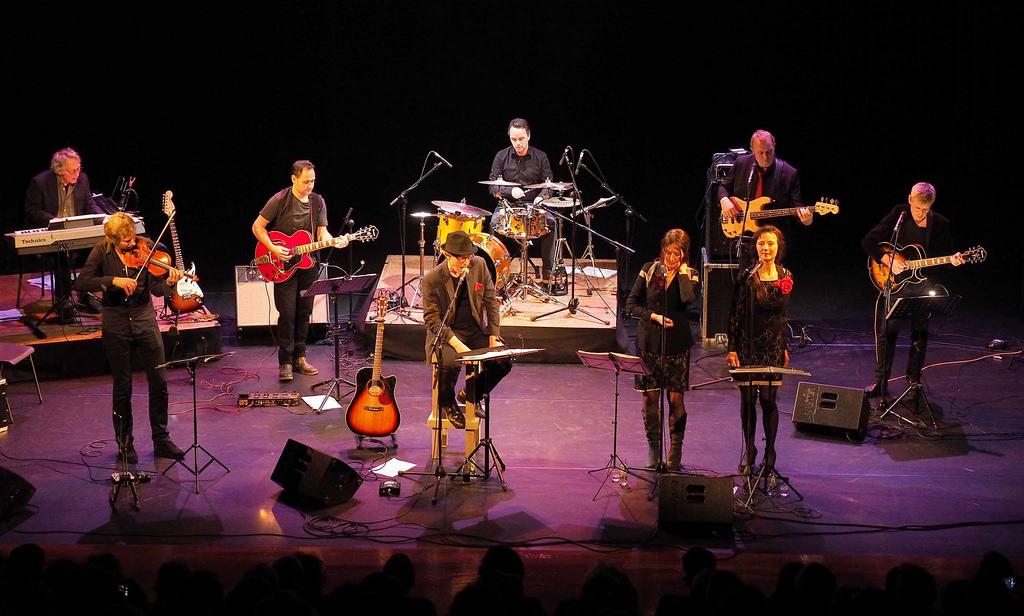 Leading Leonard Cohen tribute act takes to the stage of Dolans Warehouse this Friday, The Leonard Cohen Tribute Band from the Netherlands.

The magical musical legacy of Leonard Cohen will be recreated in Limerick this Friday night as one of the leading Cohen tribute acts take to the stage of Dolans Warehouse. The Leonard Cohen Tribute band is a Dutch ten-piece band that will perform a two-hour tribute to the work of the singer, poet and writer who died in 2016.

What started as a simple wish of Dutch musician Rinus van den Boomen to perform the work of his musical idol has grown into a beautiful, complete act that has become a popular addition in venues across Europe. The Leonard Cohen Tribute Band is currently touring their ‘In My Secret Life’ tribute show across Europe. The show, which has received raved reviews will feature all the great musical works by Cohen including unforgettable songs such as Suzanne, So Long Marianne and Hallelujah. Featuring violin, saxophone, piano, guitar, accordion, percussion and vocals, the Leonard Cohen Tribute band is led by Dutch musician Rinus van den Boomen who has been performing Cohen’s work for many years.

The band say their sole ambition is to making his work last and to create an intimate atmospheric event of every performance. Pure, sincere love for Cohen’s special music is the connecting factor.

This event is set to be a beautiful and moving one for both Cohen fans and those who are new to his music. You invited to relive the magic of music and lyrics of this musical maestro in the intimate setting of Dolans Warehouse.

Tickets for the Leonard Cohen Tribute Band are on sale now and can be purchased by clicking here or by contacting the box office directly on 061 314483.

For more stories about concerts and gigs in Limerick, click here.

061 Recordings Give Artists the Platform they Deserve