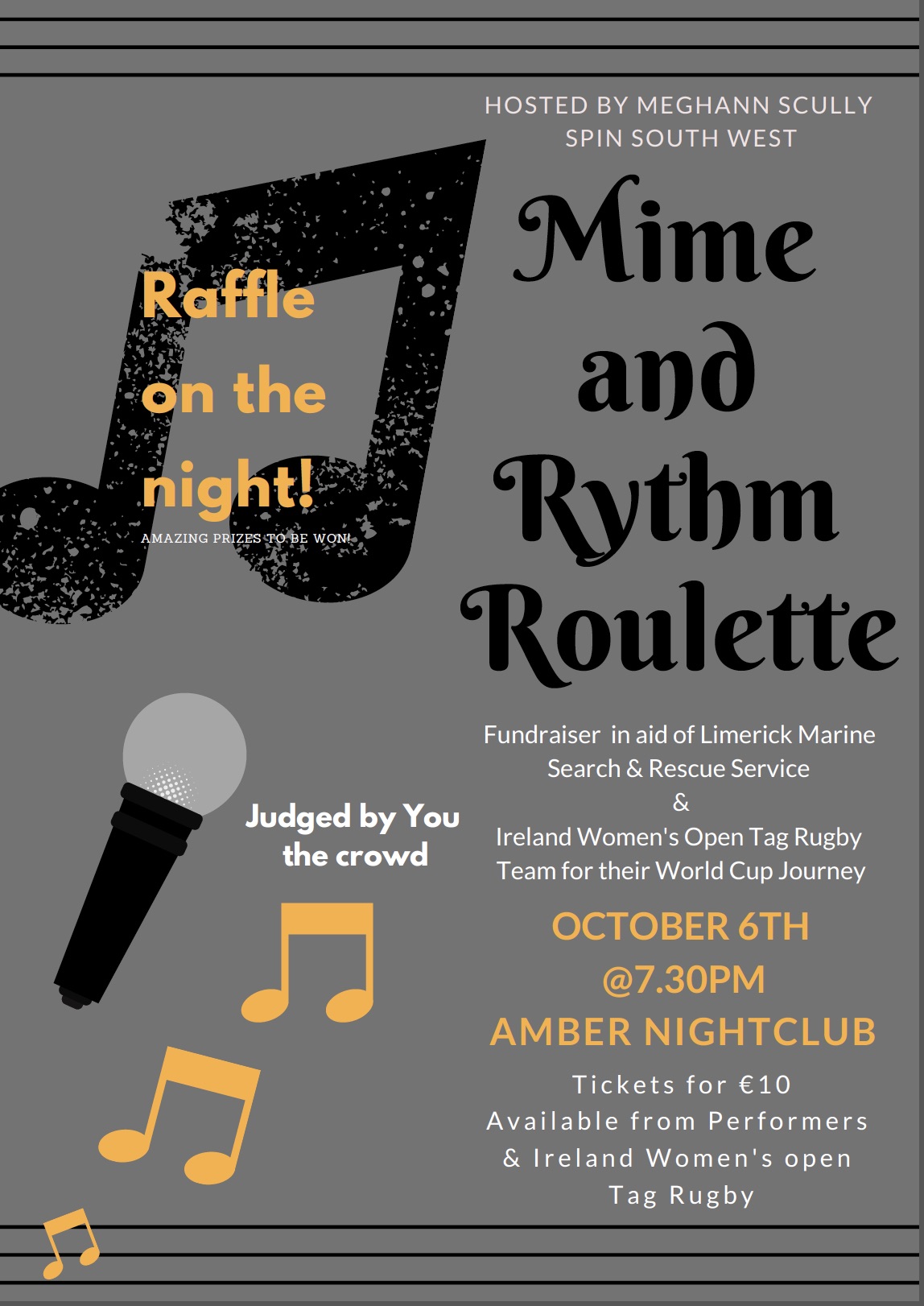 Limerick girl Lesley Walsh has her gear on for the International Tag Federation World Cup to be held in Australia this November.

Representing her country for the Women’s Open team Lesley is extremely excited ahead of her big game.

With Lesley as a driving force, the entire squad of 20 women took it upon themselves to raise funds for their team.

A one of a kind fundraising event, ‘Mime and Rhythm Roulette’ will take place in Limerick on Saturday, October 6 at Amber Nightclub, doors open at 7:30 pm. The event not only seeks to raise funds for the Tag Rugby team but will also donate a share of the collection to Limerick Marine Search and Rescue.

“When I do fundraisers I like to involve local charity as well, it makes it more applicable to people to be donating their money to something local,” Ms. Lesley Walsh said.

The event will be emceed by Meghann Scully from Spin South West and the DJ for the night will be Tom Walsh from Hear It Sound and Lighting Hire.

“We have a training session on Sunday morning right after the event, so it’ll be a good opportunity to have a bit of fun and let loose before we go,” Lesley added.

According to Lesley the rules of the night are simple: “Grab a couple of friends, pick your favorite song and sing along, get your groove on and compete against another team picked from our roulette drum on the night!”

Team Ireland will travel with 6 teams to the International Tag Federation World Cup to be held in Australia in November.

“I am nervous-excited, I am confident in my team’s performance and we will give our best on the day,” Ms. Walsh concluded.

There’s also a raffle on the night with exciting prizes such as a signed Limerick jersey by the 2018 Liam McCarthy cup winners, gym membership, Keanes Jewelers voucher and many more up for grabs. Tickets for the event are priced at €10

Related Topics:Mime and Rhythm RouletteTag Rugby World Cup
Up Next