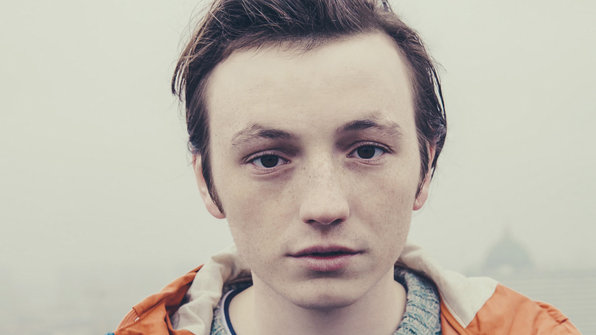 The incredibly talented English singer songwriter Lewis Watson will be performing at The Stormy Teacup on Thursday 21 September.

With his You Tube channel HolyLoowis, five EP’s and two albums to his name this promises to be a fantastic night.

Lewis has previously toured Australia with Birdy and supported singer Benjamin Francis on his tour. He released his two EP’s ‘It’s Got Four Sad Songs On It BTW’ and ‘Another Four Sad Songs’ in 2012 and following this he signed a record deal with Warner Bros. Records. In 2013 he released two more EP’s, ‘The Wild’ and ‘Four More Songs’.

His first EP ‘It’s Got Four Sad Songs On It BTW’ attracted the attention of almost every major record label in the UK and soon afterward he signed a record deal with Warner Bros. Records. Part of the appeal, he says, was the label’s long-running success with male solo artists as diverse as David Gray, Damien Rice, and Neil Young.

Lewis Watson first started playing music after he received a guitar for his sixteenth birthday. “I’ve never had lessons”, he admits. “I just enjoyed playing guitar so much. I’d play for hours a night, and try out new things to make sure it didn’t get stale”.

Lewis Watson also records various pop covers and originals on his You Tube channel using the name HolyLoowis and has a huge online following.

His fourth EP ‘Four More Songs’, featuring a cover of Guillemots “Made up lovesong No. 43” and a demo version of a new song, “Close”. This was followed by his fifth EP ‘Some Songs With Some Friends’, which included three covers, featuring a different artist for each track, namely Gabrielle Aplin, Hudson Taylor, and Kimberley Anne.

After taking a two-year break from music after the release of his first album ‘The Morning’ Lewis Watson took a new direction with his music, partnering with the leading independent label Cooking Vinyl, and heading out on tour to showcase many of the new songs direct to his fans.

His second album Midnight was released on 24 March 2017.

Tickets for Lewis Watson at the Stormy Teacup are €12 and are available here.