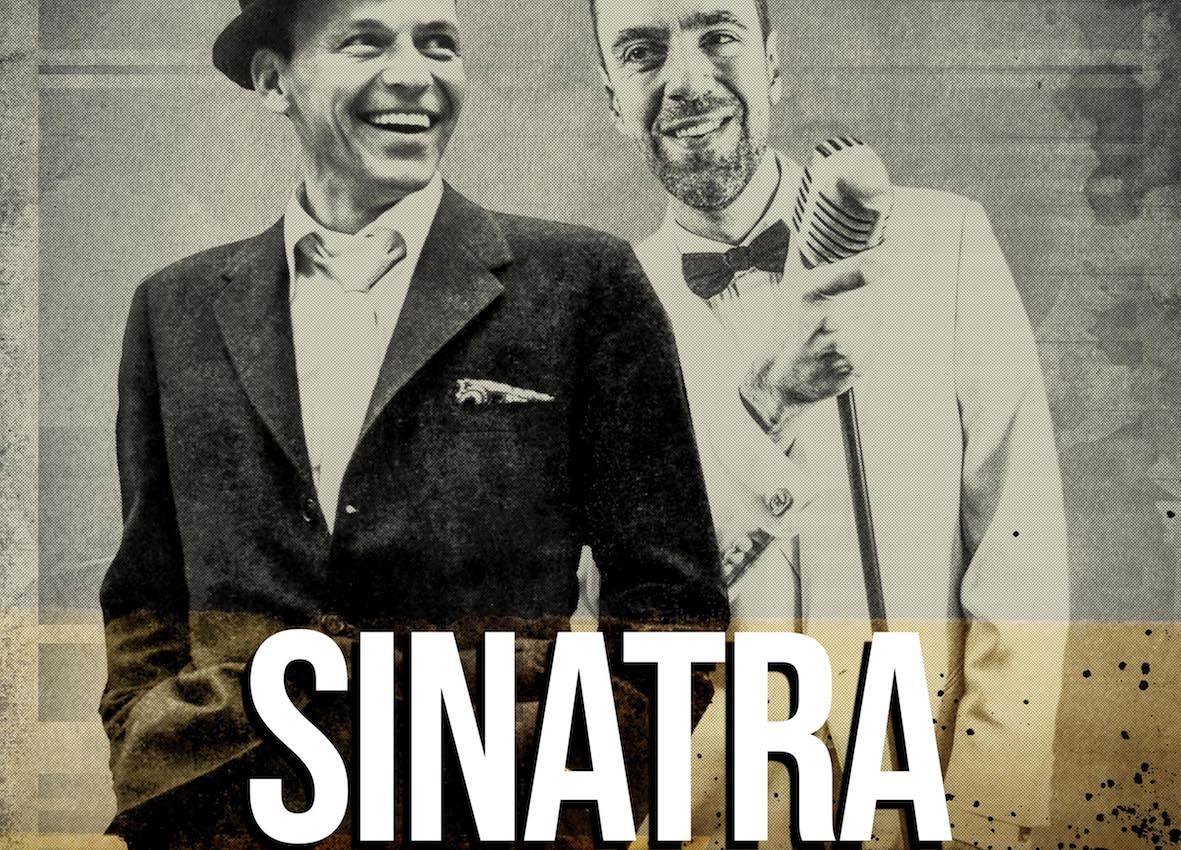 Liam O’Brien brings his brand new show SINATRA to Dolan’s Warehouse on Friday 25th May – a tribute to his hero and arguably the world’s most iconic singer.

A sold-out success every year with Crooning at Christmas, Liam also played Dean Martin on tour in the UK and US in the West End production of the Rat Pack and has continued to hone his own voice and style as one of Ireland’s premier crooners.

His passion for performing the music of that era has continued in his own work and touring UK big band shows like The Kings of Swing, and he’s dedicated particularly to breathing new life into the saloon songs and big band favourites of Frank Sinatra.

This May marks the 20th anniversary of the passing of ‘Ol Blue Eyes’ and indeed Dolan’s Warehouse, which opened its doors exactly 20 years ago. Liam told us, “In 1998 I heard of the passing of Frank Sinatra; I was a massive fan of Tony Bennett back then but genuinely didn’t know as much about Frank. I remember being deeply moved by the outpouring of respect for him at the time and quickly dedicated myself to buying every CD I could, devouring every recording and concert performance, watching every film and reading every book.

It’s been a 20-year love affair with the man and his music since and when Valerie and Mick told me about the Warehouse’s own 20th anniversary, we knew it was the perfect time to celebrate. The show revisits 20 songs from across Frank’s incredible career that has impacted myself as a person, have influenced the way I interpret and perform, and have ultimately helped me become the singer I am today.

I don’t impersonate Frank Sinatra and never will; I emulate his style, his phrasing, and his wonderful ability as a storyteller, which for me is the greatest tribute I can make.”

Backed by a larger than usual 7 piece Million Dollar Swing Band with custom arrangements, this brand new show promises a night of unforgettable fare from Fly Me To The Moon and In The Wee Small Hours, to You Make Me Feel So Young and One More For The Road.

With special guest, West End star and Limerick’s own Shonagh Daly (Les Misérables) bringing her stunning voice back home with classics such as Fever, Get Happy and The Man That Got Away, it’s a night for all to celebrate swing music, homegrown talent and above all else Francis Albert Sinatra!