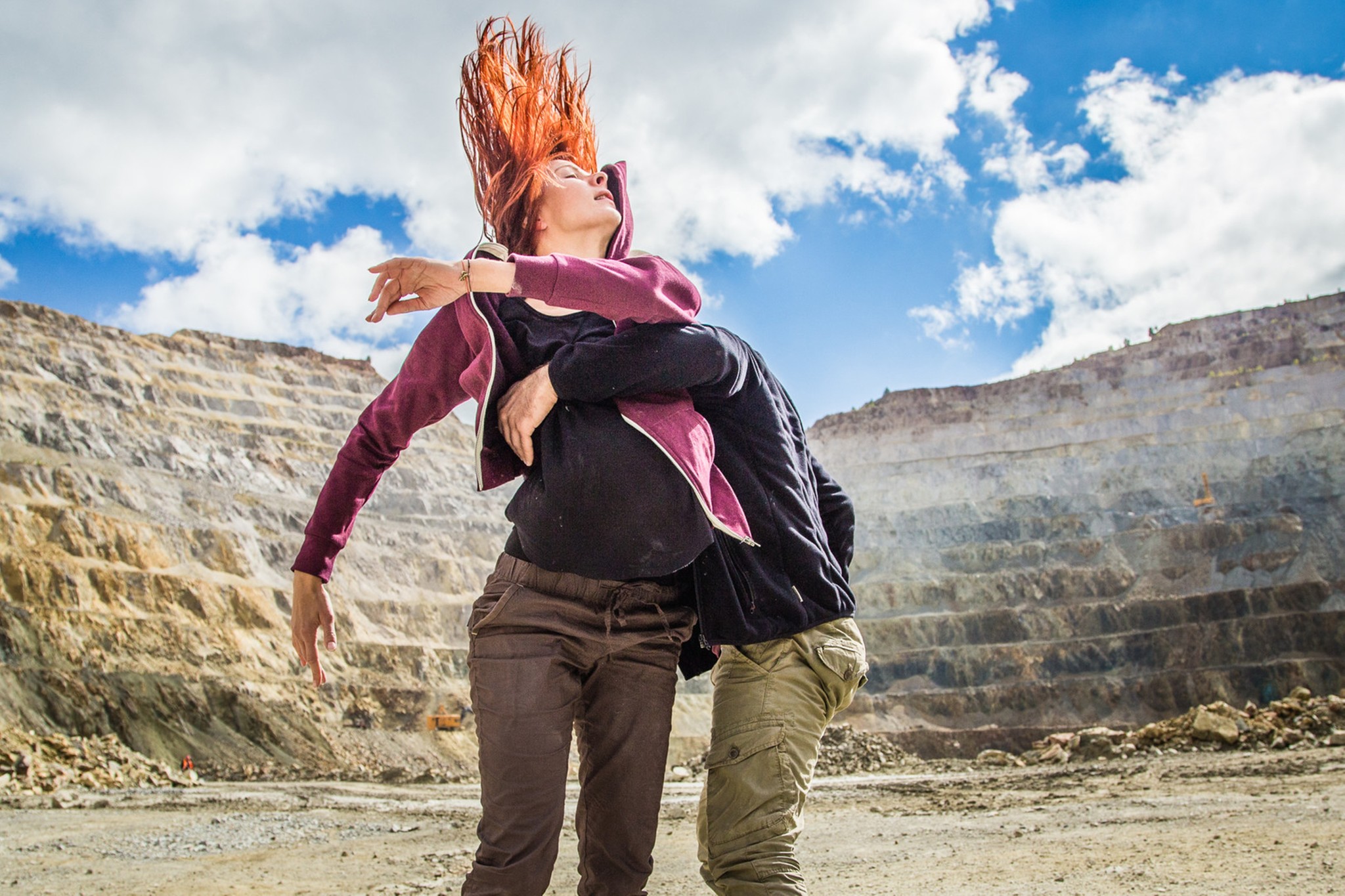 Light Moves 2017 Ireland’s international festival of dance, film and media arts, is back for its fourth edition this year, running from 2 November until 5 November with events across Limerick City. The festival invites audiences to see dance differently, with an intriguing programme packed with thought-provoking and cutting-edge new and existing work offering an inspiring and stimulating journey of discovery.

Light Moves has enjoyed sell out successes in previous years, creating a home for screendance in Limerick. This year’s festival programme offers the most exciting line up of artists yet, featuring world class dancers, filmmakers, visual artists and musicians from Ireland and as far afield as China and Iran. Highlights include works by Aernout Mik(Netherlands), Harun Farocki (Czech Republic), Cindy Sherman (USA) and Amanda Coogan (Ireland). The festival will feature live dance and music performances, exhibitions, film screenings from an open call submission, workshops, a festival symposium, talks and more.

Details of the 2017 programme were announced at Dance Limerick on Tuesday, 12 September by festival curators Mary Wycherley and Jürgen Simpson, who were joined by special guest Matt Packer, director of EVA International to officially launch the programme. This was followed by a performance by producer Neil O’Connor (Somadrone). 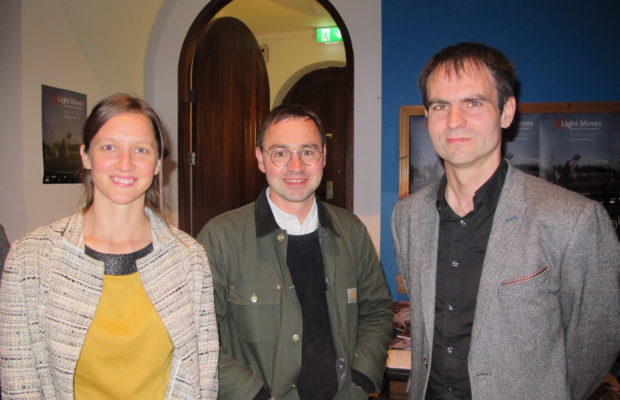 Mary Wycherley and Jürgen Simpson said: “Screendance’s capacity to connect seems increasingly significant. It is an opportunity to reconsider the communicative qualities of movement and body and their relevance in a world increasingly shaped by screens and technology.”

Light Moves 2017 will take place in locations across Limerick, including Dance Limerick’s home in John’s Square with the historic St John’s Church, Belltable, Limerick City Gallery of Art and the University of Limerick.

The festival will begin with two events on Thursday, 2 November.  At 6 pm, the installation series Screendance in the Gallery at the Limerick City Gallery of Art presented in collaboration with Light Moves will open, featuring video pieces by Aernout Mik, Harun Farocki, Cindy Sherman and Rosemary Butcher along with works from the ground-breaking Carriageworks commission 24 Frames Per Second.  This reception will be followed by the festival’s opening performance at Dance Limerick Space (St John’s Church), Moments Of Movement by award winning Berlin-based documentary filmmaker Eva Stotz & Amsterdam tap dancer Marije Nie, with guests including saxophonist Cathal Roche, percussionist Erik Kooger and live sound designer Benjamin Jefferys. Moments of Movement tells the story of steps;  our own steps, and those of faceless masses forced to be on the move globally. The piece combines the visually stunning and global film archive of Eva Stotz, with the virtuosic and evocative rhythms of Marije Nie.

Light Moves 2017 will feature an incredible line up of Irish artists and films including Falling Out of Standing, by CoisCéim Dance Theatre and Anú and choreographed by David Bolger, Owen Boss, and Louise Lowe; I’m Roger Casement, directed by  Dearbhla Walsh and choreographed by Fearghus Ó Conchúir; Sekar Arum – Forging The Irish World Academy Javanese Gamelan directed by Maurice Gunning, and Amanda Coogan: Long Now,  which captures Amanda Coogan during a gruelling six-week live durational exhibition. Ríonach Ní Néill’sI Modh Rúin tells the story of women who went against the status quo and brought their families up as Irish speakers. See the Man, choreographed by Maria Nilsson Waller and directed by Jose Miguel Jimenez, focuses on a fortnight in a soccer team’s life which takes in both the last match of the season and the public presentation of their Tchaikovsky-fuelled dance performance.  Jimenez also directs Medicated Milk, choreographed by Áine Stapleton, a re-telling of the life of Lucia Joyce.

The Belltable will again be home to a programme of feature length films, chosen by the festival curators for their stunning visuals and thought-provoking interaction with the theme of screendance. 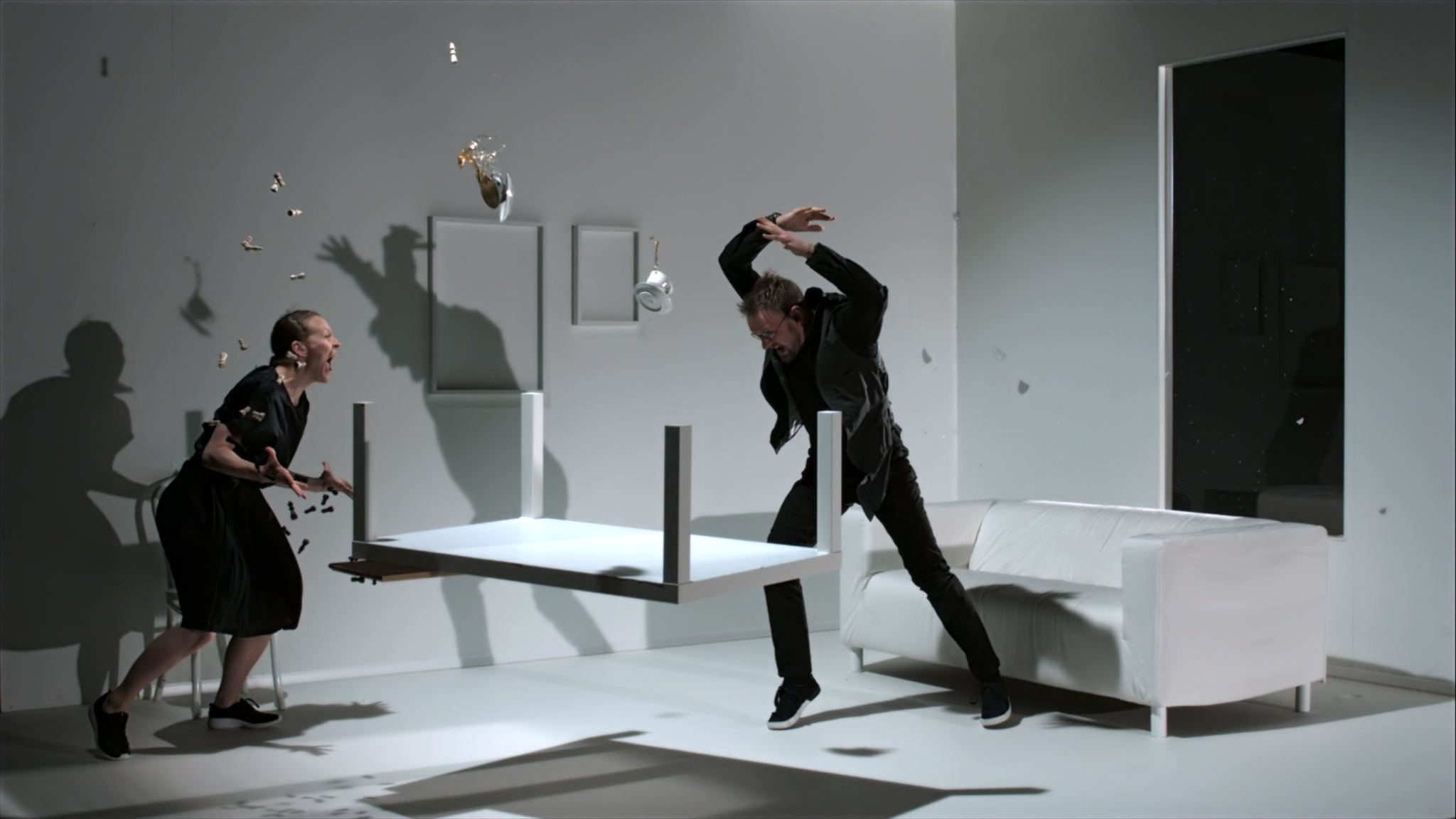 The 2017 Light Moves Symposium will explore topics ranging from “Dance making with a 360 Camera” to “Item Numbers in Bombay Cinema: Choreographing the Sexy within the Cine Machine”, with contributors including Eva Stotz, Marije Nie, Cathal Roche, Chu-Li Shewring and Dr. Erika Balsom.

The festival will also offer unique opportunities to learn via its Screendance Labs. Eva Stotz will lead an immersive two-day workshop on the topic of Screendance and Documentation in Challenging Situations, discussing her documentary One Million Steps, where shooting collided with the Turkish uprising. She will look at ways to cope with extreme temperatures, sandstorms, and conflict whilst attempting to make your documentary, and address how to go into situations of political unrest and be able to create a documentary that does justice to the events portrayed.  In ScreenLab 2 Nicholas Ward and Jürgen Simpson will offer a hands-on introduction to the potential of real-time technologies in the creation and presentation of screendance, drawing upon cinema, digital art, performance, and installation art.  Jürgen Simpson is a composer, performer and lecturer, and director of DMARC, whose film scores include six works with director Clare Langan and seven screendance works with director Mary Wycherley. The Festival is also presenting a Screendance Lab for BA Students, led by Scottish screen dance artist Katrina McPherson, combining a practical exploration of screen dance and the viewing of historic and current works.

This year’s family film is the animated Ballerina, voiced by Elle Fanning.  Suitable for audiences aged 4+, this feature length animation tells the story of 11-year-old  Félicie, who has no money but one big, passionate dream: to become a dancer. This film, which will be on at the Belltable at 2.30pm on Saturday afternoon.

At the end of the festival, the Light Moves 2017 Festival Awards, with a monetary worth of over €2000, will be presented for works submitted via the open call that demonstrate particular artistic excellence in their exploration of screendance by challenging and renewing its scope and direction.

The festival is produced by Dance Limerick in partnership with DMARC (Digital Media and Arts Research Centre) at the University of Limerick. Light Moves Festival is funded by the Arts Council, Limerick City and County Council and the J P McManus Fund.

Light Moves Festival Passes and Tickets are available from www.lightmoves.ie or Dance Limerick, 1-2 John’s Square, Limerick (cash/cheque only). Tickets to feature films and the family film are available from Belltable, 69 O’Connell St (061) 953400 /www.limetreetheatre.ie.

To find out more about Light Moves Festival click here